The Kinzhal missile is one of Russia's latest developments. But Russia is most likely exaggerating its capabilities – and it could be more propaganda than an advanced missile. 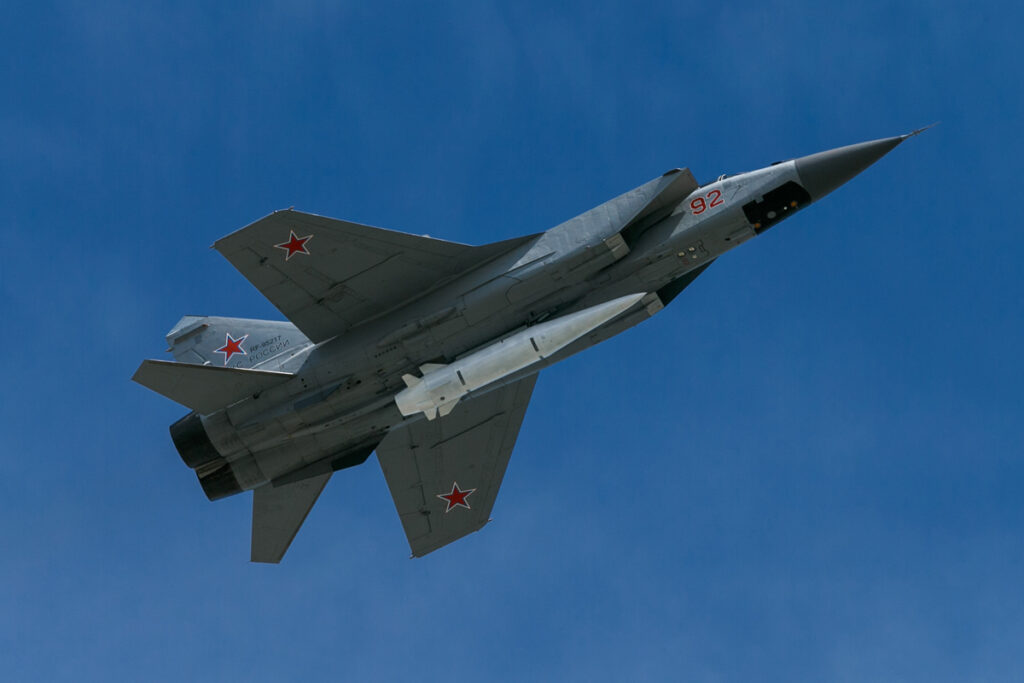 The “hypersonic” Kinzhal missile was unveiled to the world in 2018. However, it turns out that Russia may have been lying about the capabilities of this missile.

Probably, it can travel at Mach 12 (14,700 km/h or 9,130 mph). However, the Kinzhal isn’t that special after all. Actually, Russia fooled the world into thinking that they had developed an incredible new weapon when the Kinzhal is just a repurposed air-launched ballistic missile (ALBM).

What are hypersonic missiles?

Hypersonic missiles are a new type of weapon capable of traveling at speeds of Mach 5 or higher (at least five times the speed of sound).

They are considerably faster than any other type of missile currently in existence. In addition, hypersonic missiles are much more difficult to intercept than traditional missiles as they travel at such high speeds that not even anti-missile systems can target them accurately.

These missiles are difficult to detect and can cover vast distances in a short amount of time – and they can deliver nuclear weapons, making them even more deadly.

The Kinzhal missile has a wide range of potential targets, including enemy aircraft, missiles, and ground targets. Also, the Kinzhal is capable of carrying a nuclear warhead, making it a powerful weapon of mass destruction.

Mig31K with Kh-47M2 Kinzhal (“dagger”) Russian nuclear-capable air-launched ballistic missile (ALBM). claimed range of more than 1,200nm Mach 10 speed, and ability to perform evasive maneuvers at every stage of flight. It can carry both conventional and nuclear warheads pic.twitter.com/XQt8rZbEnG

Russia has a long history of making false claims about its military capabilities to gain an advantage over the rest of the world – and the Kinzhal is not the exception.

In fact, the Russian Kh-47M2 Kinzhal missile is not new technology. It is an Air-Launched Ballistic Missile that has been in development since the early 2000s.

It is a mere misuse of words because ballistic missiles do indeed fly at hypersonic speeds, but Russians make it look like it’s a new technology – like the one China and the US are currently developing.

The best image to date of the hypersonic AS missile 9-C-7760 Kinzhal. Russia pic.twitter.com/WH5Xp9hWCL

Hypersonic missiles are still in the testing stage, and they will probably be widely available in the next decade. Right now, there are two hypersonic missile technologies under development:

Hypersonic Glide Vehicles can travel at speeds above Mach 5, making them much faster than traditional ballistic missiles.

They use the atmosphere to generate lift, allowing them to “glide” through the air at high speeds. This makes them extremely difficult to defend against, as they can quickly change direction and altitude.

On the other hand, scramjet technology is a type of propulsion that enables vehicles to travel at extremely high speeds, Mach 5 or above. The key to this technology is the ability to efficiently compress and combust oxygen from the atmosphere at supersonic speeds.

This allows for a dramatic increase in speed over traditional jet engines, which are limited by the need to carry an onboard supply of oxygen.

In any case, the Kinzhal missile doesn’t use any of these technologies but only relies on decades-old technologies such as ballistic missiles – and this is definitely nothing new.

This new Russian Kinzhal missile is undoubtedly effective, but its capabilities have been wholly exaggerated. In the end, it turns out to be more propaganda than an actual warfare element.

The new hypersonic missile technologies are only just being tested. While this technology is still in its early stages of development, it holds great promise for applications such as long-range ballistic missiles, space launch vehicles, and even commercial aircraft… And Russia is still far from competing with the United States and China regarding technologies.

Featured image credit: VictoryDayParade by Ministry of Defence of the Russian Federation. Licensed under CC by 4.0.