How You Can Improve Your Productivity With the Zeigarnik Effect, but What Exactly Is It?

Want to be more productive? See how you can use the lesser-known Zeigarnik effect to your advantage. 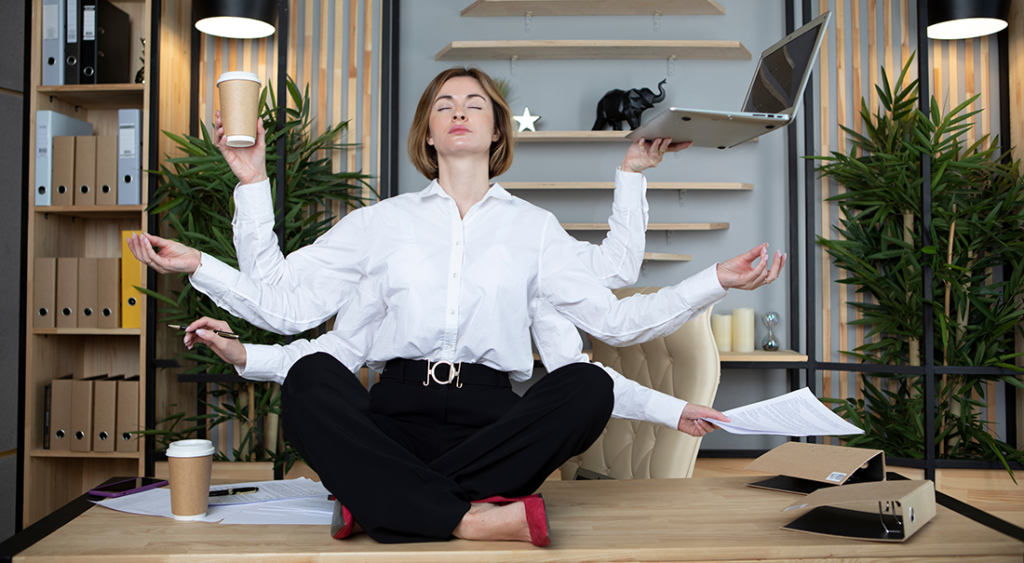 Why is it easier to remember details from uncompleted tasks when compared to the ones we have already finished? Think about it for a minute.

Those items on your to-do list – that you interrupted or didn’t finish – how they tend to linger in the back of your mind, particularly the bad ones that keep you up at night. You overthink every single detail, and your overactive brain won’t let you sleep because it is constantly recalling every tiny detail, whether on purpose or subconsciously, this is what the psychologists call the Zeigarnik effect.

What is the Zeigarnik effect?

The propensity to recall incomplete tasks more vividly than completed ones is known as the Zeigarnik effect.

This is similar to how someone hungry will take note of every restaurant and appetizing smell on their way home before losing all interest once they have eaten dinner.

You may have experienced an effect where you crammed before your exams in school, sat for it – and ultimately forgot everything you had learned since you had no use of the information anymore.

How the Zeigarnik effect was first discovered

The effect is named after Bluma Zeigarnik, a Lithuanian-Soviet psychologist and psychiatrist. The story explains that Zeigarnik was out for dinner one night at a restaurant in Berlin with a large group of colleagues when she noticed her waiter’s impressive ability to remember all the complex drink and food orders.

Zeigarnik discovered she had left her handbag behind after everyone had finished eating and left the restaurant. She walked back, found the waiter who had served them, and requested his help. But he couldn’t remember her nor where she sat.

She asked how he could have forgotten her so quickly. However, the waiter apologized and said he always forgot his orders (and customers) once the meals were served and paid for. The only way he could perform his job effectively was to focus solely on the open orders he still had to handle.

Zeigarnik then decided to look into the possibility that unfinished tasks persist in the mind until they are considered finished by our brains.

She conducted a series of experiments in which she gave about 18 simple tasks to various adult and child groups. These include completing puzzles, stringing beads, folding paper, and doing math problems. Only half of the participants were allowed to finish their tasks unhindered. The other half was interrupted pathway by asking them to move on to something else.

She questioned the participants about their recent projects an hour later. When compared to individuals who had completed the tasks, she discovered that those who had their work interrupted were about twice as likely to remember what they had been doing.

How the Zeigarnik works

Zeigarnik was heavily influenced by Gestalt theory because she worked under the supervision of the legendary Gestalt psychotherapist Kurt Lewin.

According to her theory, incomplete activities produce “psychic tension” in people, which makes them more likely to recall them.

While the person’s mental “demand for completion” is unmet, the state of tension and the memorial benefit of the incomplete chores persist. Nevertheless, when the task is completed, the psychological pressure is relieved, and the task can be purged from memory.

The Zeigarnik effect is brought on by how our memories work

The time it takes for information to be retained in sensory memory after perception can range from a few milliseconds to five seconds. It is moved to short-term (working) memory when we pay attention to it, which is restricted in both length and capacity.

We can only store a specific number of things and will have to rehearse this information to hold onto it. As a result, if you are a waiter serving a large number of hungry patrons, you must continuously bring your clients’ orders to mind until they have finished their meals, paid their bills, and left. You can then completely forget about them.

Other scientists studied the Zeigarnik effect

Many additional studies have since examined the Zeigarnik effect with varying degrees of success. The aim is to try to confirm Zeigarnik’s findings.

After reviewing their findings forty years later, American psychologist Earl Butterfield concluded that there did not appear to be any common pattern in people’s abilities to recall incomplete tasks. The disparities in the results, meanwhile, were likely the effect of motivation.

How to maximize the Zeigarnik effect

We first focus on Zeigarnik’s side effects. These include anxiety, stress, and sleepless nights trying to solve problems over which one has no direct control. But there are innovations and answers for every problem.

“When the Zeigarnik effect is strong in the brain, you can continually establish goals for yourself,” claims Psychcentral. So, you might focus on establishing plans to fulfill those goals. You can also be so committed to achieving the objectives that you keep making plans and sticking to them until the job is done.

This can help you achieve realistic goals. Nevertheless, you must take pauses and get enough rest to refresh your body, mind, and, particularly the brain.

Using the Zeigarnik effect to your advantage

Procrastination can be defeated with the Zeigarnik effect by simply creating a plan with simple, easy steps to follow. Start with the first one with the knowledge that you won’t necessarily complete the entire list of actions. That way, the pressure is lessened. It’s more likely that you will accomplish your short-term objective.

Evaluate how your teamwork might be divided into more straightforward steps as a manager. Implementing reasonable tasks on time and rewarding people for completing them will lead to improved productivity.

Do not forget to establish a tactical break routine or culture in your home or workplace. This will promote effective productivity by keeping the body and mind healthy.

The Zeigarnik effect has been studied by GoodTherapy to show how it might improve mental health by encouraging people to complete activities, form healthier habits, and address unresolved concerns.

The accomplishment of completing activities can increase self-confidence and self-esteem while also giving one a sense of accomplishment.

A sense of maturity and self-growth can also be facilitated by the development of productive work and study habits. Additionally, a person’s psychological well-being is likely to benefit in the end if they can achieve closure from stressful experiences.

These minor behavioral adjustments can gradually be introduced in the workplace, eventually increasing employee satisfaction and boosting productivity.