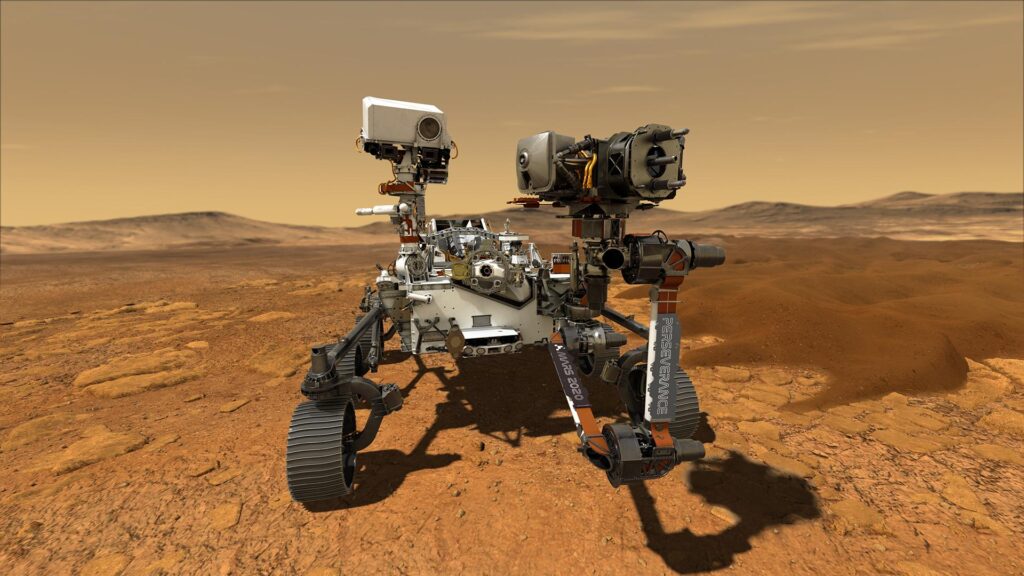 On 18 February 2021, after six months of travel from earth to Mars, Perseverance, a NASA rover that took nearly eight years to build and, in discussion over 20 years, took only 7 minutes to land in Jezero crater on Mars. Perseverance started the first year of its scientific campaign in a part of the crater scientists named Seitah and took the first core samples.

NASA scientists chose the Jezero Crater as the landing site for the Perseverance rover. The Jezero Crater on Mars is a particular area of interest because Scientists believe it was ‘once flooded with water and was home to an ancient river delta. … Conceivably, microbial life could have lived in Jezero during one or more of these wet times.‘

Drilling on another planet

Since Perseverance has landed on Mars, NASA has successfully used a camera and film down a tube in a drill bit confirming the drilling for collecting samples.

In December 2021, NASA successfully confirmed that some of the rocks in Jezero in Seitah, when examined, closely contained Carbonate and sulfate minerals, which means that the stones had been altered by water.

The people at NASA can’t wait for when a future mission can pick up the collected rock samples and ferry them back to Earth, so the science team can analyze if any of the samples show signs of ancient life.

Another highlight of this year was for the helicopter team to deploy Ingenuity and experience the first powered flight on another planet.

NASA says having ‘ toured the floor of Jezero Crater; we look forward to investigating the delta, a part of the crater where a river fed into a lake in the distant past. It’s almost as if we’re starting a new mission because we’ll begin to cover new ground and make new scientific discoveries.

This is an incredible achievement by the NASA scientists cooperating together during COVID times to land a rover on Mars. Because Mars is so far away from Earth, radio signals from Perseverance back to NASA take about 11 minutes and 22 seconds to travel back to mission control.

This is a developing story.