Infantile Amnesia; Scientists Figure Out Why We Can’t Remember the First 3 Years of Our Lives

We finally know the cause of infantile amnesia that prevents humans from remembering events from the first few years of our lives. 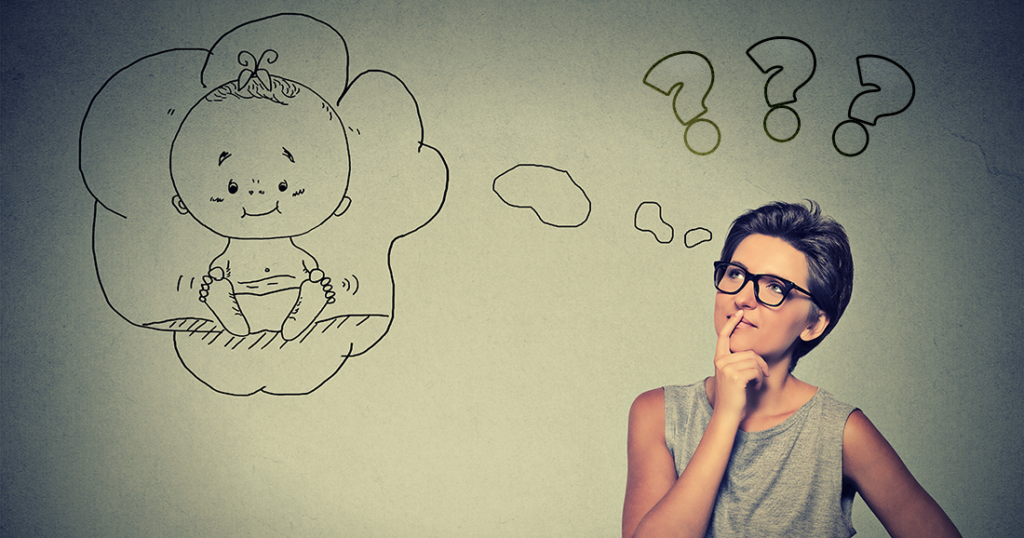 Infants can form memories, but not the kind that allows them to remember specific events that occurred before the age of two or three. Infants are unable to remember events from their early childhood. This includes birth and the first few years of life, called infantile amnesia.

What is Infantile amnesia?

Infantile amnesia is a condition in when children lose their ability to remember events from their first few years of life, including birth – autobiographical. But why can’t we recall events that occurred when we were babies? Do our memories start to work only at a specific age?

Here’s what scientists have discovered about newborns and memory

Even though we can’t recall much when we’re two or three years old, researchers believe infantile amnesia isn’t merely a case of “natural forgetting” that happens with time. While adult forgetfulness is a linear function of time, studies demonstrate that people forget considerably more events between birth and early childhood than the so-called adult forgetting curve predicts.

The researchers explained that infants can form memories, but not the kind you tell about yourself. They can recognize their mother’s face and differentiate it from a stranger’s in the first few days of life. After a few months, babies can show that they remember many familiar faces by smiling at the ones they see most often. Non-declarative or procedural memory, a kind of unconscious memory that stores information about accomplishing tasks like riding a bike, is unaffected by infantile amnesia. Instead, declarative memory, the recall of facts and personal events, is affected by infantile amnesia.

What kind of memories?

There are different kinds of memories aside from autobiographical memories. They include semantic memories or factual memories, such as the capital of your home state or the names for different varieties of apples. There are also procedural memories, which are memories of how to perform a certain activity, like driving a car or opening your front door.

In the 1980s and 1990s, research from psychologist Carolyn Rovee-Collier’s laboratory notably demonstrated that children might form some of these other memories from an early age. Of course, babies are unable to express exactly what they recall. Rovee-Collier’s research relied on devising a task sensitive to babies’ swiftly-changing bodies and abilities to evaluate their memories over a long period.

Infants between the ages of two and six months

The researchers placed an infant in a cot with a mobile suspended overhead. They count how many times the baby kicks to determine their natural tendency to move their legs. They then connect a string from the baby’s leg to the end of the mobile, causing the mobile to move whenever the baby kicks. As you might expect, infants rapidly learn that they are in charge. They enjoy seeing the mobile move and kick more than they did before the string was attached to their leg, indicating that they have learned that kicking causes the mobile to move.

This version is similar, but instead of lying in a cot – which this age group won’t tolerate for long – the infant sits on their parent’s lap with their hands on a lever that will ultimately control a train around a track. The lever doesn’t work at first, and the researcher measured how much an infant instinctively presses down. They then activate the lever. And this time, the train will move around its track whenever the infant presses on it. Infants rapidly learned the game and press the lever substantially with more force when the train moves.

So, how does this relate to memory?

The most ingenious aspect of this study is that Rovee-Collier examined whether the infants recalled one of these tasks after training them for a few days.

When infants returned to the lab, scientists showed them the train or mobile and measured if they still pressed the lever or kicked.

Rovee-Collier and colleagues discovered that if newborns are trained for one minute at six months, they can remember an occurrence a day after. The older a newborn was, the more memories he or she had. Rovee-Collier also discovered that training infants for a longer time and providing them with reminders (for example, by showing them the mobile moving very briefly on its own) can get them to recall events for longer.

The first explanation for infantile amnesia was proposed by Sigmund Freud. According to him, the memories are suppressed due to their traumatic and sexual nature. Although researchers have dismissed Sigmund Freud’s 100-year-old theory, no consensus exists on the cause of infantile amnesia. However, theories exist.

For a long time, researchers thought infants lacked the mental capacity to form declarative memories. According to research published in the journal Monographs of the Society for Research in Child Development in 2000, 2- and 3-year-olds can remember and talk about previous experiences that occurred months, if not more than a year.

Why not autobiographical memories?

Why don’t people recall things from their earliest years if infants may establish memories in their first few months? It’s still unclear if infantile amnesia is caused by a lack of ability to develop autobiographical memories or to recover them. Nobody understands exactly what’s happening, but scientists have a few theories.

Autobiographical memories, according to researchers, necessitate a feeling of self. You must be able to consider your actions in terms of how they affect others. They have previously used a mirror recognition task called the “rouge test“ to measure this ability.

The rouge test entails applying a spot of red lipstick or blush to a baby’s nose – or “rouge” as it was called in the 1970s when the assignment was created. The infant is subsequently placed in front of a mirror by the scientists.

Infants under 18 months simply smile at the cute infant in the mirror, displaying no signs that they recognize themselves or the red mark on their face. 18 to 24-month-old toddlers touch their nose, sometimes with embarrassment, implying that they associate the red dot in the mirror with their face — they have a sense of self.

Infants do not develop language until the second year of life

Some researchers believe that we could not access our earliest memories because we lacked language at the time they were formed. Language has long been considered important for encoding autobiographical memories, and infants’ long-term memories seem to form around the time they begin speaking. But other researchers claim that language can’t be the complete story since other animals also exhibit infantile amnesia.

Finally, the researchers concluded that the “hippocampus,” a brain region most important for memory, isn’t fully developed in infancy. Scientists will continue to look at how each of these elements may play a role in why you can’t recall much of your life before age two.