A new insect robot wing technology was inspired by bees. 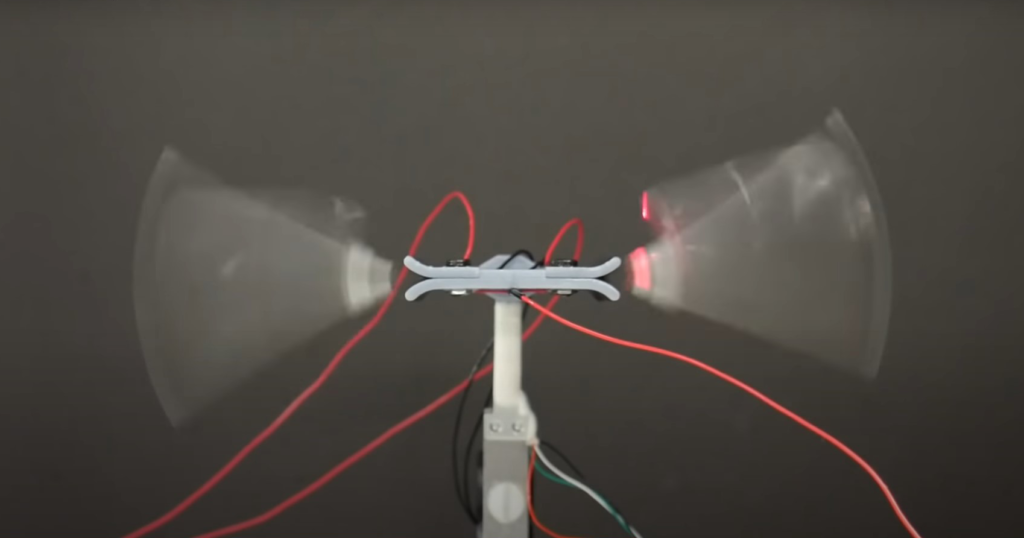 Until now, developing micro flying insect like robots has required ‘the use of gears and complex transmission systems to achieve the same motion of wings, ‘This has added complexity, weight, and undesired dynamic effects.’

It was once said that “Aerodynamically the bumblebee shouldn’t be able to fly, but the bumblebee doesn’t know that, so it goes on flying anyway.”

In a scientific paper called ‘Liquid-amplified zipping actuators for micro-air vehicles with transmission-free flapping’, Bristol’s Faculty of Engineering, have taken inspiration from bees and other flying insects to demonstrate ‘a direct-drive artificial muscle system, called the Liquid-amplified Zipping Actuator (LAZA), that achieves wing motion using no rotating parts or gears.’

This new drive system for flapping-wing autonomous robots using a new method of electromechanical zipping ‘does away with the need for conventional motors and gears.’

Dr. Tim Helps, lead author and developer explains LAZA: “we apply electrostatic forces directly on the wing, rather than through a complex, inefficient transmission system. This leads to better performance, simpler design, and will unlock a new class of low-cost, lightweight flapping micro-air vehicles for future applications, like autonomous inspection of off-shore wind turbines.”

A more concise description is ‘The LAZA system greatly simplifies the flapping mechanism, enabling future miniaturization of flapping robots down to the size of insects.’

The team expects the LAZA technology to become the building block for a range of autonomous insect-like flying robots.

When developed, LAZA-powered flapping wings are expected to provide robots with more power than insect muscle of the same weight. A robot will be able to fly 18 times its body length per second.

Using LAZA technology, robots will also be able to do long-haul flights, as the technology will withstand flapping for over one million cycles.

What does this technology mean for us?

Albert Einstein once said “If the bee disappears from the surface of the Earth, man would have no more than four years left to live.”

Due to loss of habitat, disease, pesticides, and climate change, many species of bees and insects are facing extinction right now, with some protected under the endangered species act.

Potentially this new wing technology would mean micro robots will soon be able to do critical tasks for saving the planet, such as plant pollination.

Another envisaged use for micro flying robots is ‘finding people in collapsed buildings.‘

This team is proud to state that this technology will ‘pave the way for smaller, lighter and more effective micro flying robots for environmental monitoring, search and rescue, and deployment in hazardous environments.’

Others might be fearful of potential military applications for autonomous insect-like flying robots capable of long-haul flights, which would be capable of evading conventional weapon systems.  Like their insect counterparts, this technology could be armed with lethal stings.