Are Jetsons-Like Household Robots Really Just Around the Corner? Not Likely, Expert Says

All-purpose household robots are a long way off, but you can expect more bespoke single-purpose robotic tools in the future. 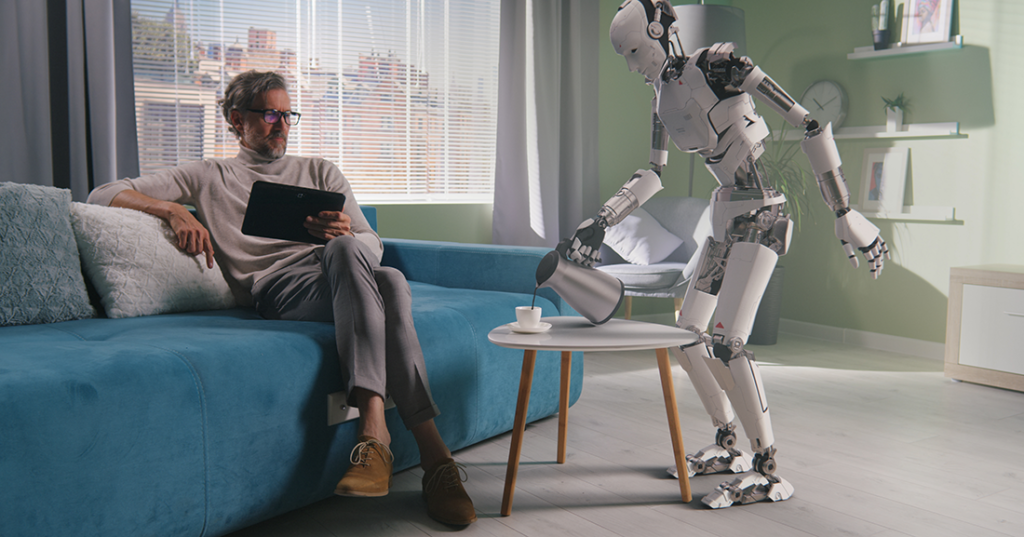 In a recent article for singularityhub.com, Ayonga Hereid shares his views about household robots. Hereid’s experience is relevant to his opinion about the future of household robots because he has a lot of experience with robotics and control systems. His resume in robotic systems before becoming an assistant professor at the Department of Mechanical and Aerospace Engineering at the Ohio State University in 2019 is quite impressive.

In the sitcom, Rosie is the Jetsons’ housekeeper robot. She is a humanoid robot with a metal body, blue LED eyes, and a voice that sounds like a cross between a human and a computer. She can perform all household chores, such as cooking, cleaning, and laundry. She can also provide child care and is even equipped with a built-in baby monitor.

As the Jetsons’ maid, she is always trying to clean things, even when they don’t need it; she is constantly talking, even when no one is around, and always getting into trouble with her boss, Mr. Spacely.

Hanna-Barbera Productions produced the American animated sitcom The Jetsons. It was the Space Age version of Hanna-The Barbera’s Flintstones. It was first shown in prime time on ABC from September 23, 1962, to March 17, 1963. Later ‘The Jetsons’ was shown in reruns through syndication, and from 1985 to 1987, new episodes were made. In 1996, Warner Brothers bought Hanna-Barbera. They closed the studio and sold its shows under the name “Cartoon Network.”

Hereid argues that the price of robots currently emerging on the market is too high and that they require too much maintenance. Additionally, He believes that people are not yet ready to use these robots in their everyday lives. Tesla’s humanoid robot Optimus is due to go on sale in 2023 and is currently pegged at around $10,000.

Are robots there just to help us? Hereid believes the Tesla humanoid robot is a good idea because it can be used for cooking meals and assisting elderly people. In his article, he references the recent acquisition by Amazon of iRobot, and also referred to Dyson, a company renowned for its power vacuum cleaners, planning to build the UK’s largest robotics center devoted to developing household robots that carry out daily domestic tasks in residential spaces. The Amazon acquisition of iRobot’s vacuum hoover robot sets a new agenda where robots will increasingly be used to feed information about our lives to extensive data networks.

Hereid writes that robots are not as dexterous as humans when handling delicate objects. They often make mistakes when trying to pick up a fragile object, dropping it, or knocking it over.

Hereid is of the opinion that the most advanced forms of artificial intelligence and machine learning perform admirably in simulated environments but that when they come into contact with objects in the real world, they frequently become confused. He believes that this occurs because it is often difficult to model and even more difficult to control the physical contact that is taking place. Many significant technical obstacles must be overcome before domestic robots can achieve the same level of dexterity as human beings when it comes to the ability to handle objects.

Constructing a robot hand that can be used for various purposes and has flexible fingers is still a technically challenging and expensive endeavor. Numerous pick-and-place robot manipulators, such as those found on assembly lines, are outfitted with either a straightforward gripper or more complex tools that are solely devoted to certain activities, such as seizing and transporting a specific component. They frequently have difficulty manipulating objects that have irregular shapes or are made of elastic materials, mainly because they lack the effective force feedback, also known as haptic feedback, that is naturally endowed in humans.

According to Hereid, traditional robot manipulators can only function accurately when mounted to a stationary platform. However, their accuracy suffers significantly when used in conjunction with platforms that are able to move, particularly when operating on a variety of surfaces. He is of the opinion that the coordination of a mobile robot’s locomotion and manipulation is an open problem in the field of robotics that needs to be solved before broadly capable household robots can be brought to market.

A sophisticated robotic kitchen is already available on the market, but it only functions in a highly structured environment. This means that all of the objects it interacts with, such as cookware, food containers, and appliances, are located exactly where it anticipates finding them, and there are no pesky humans to get in its way.

This makes it difficult for robots to navigate and find the objects they are supposed to fetch.

Hereid believes that robots are more suitable for doing preprogrammed tasks in an assembly line or warehouse than in a household. Hereid believes home robots need excellent perception systems to navigate and manipulate their surroundings.

Hereid believes that robot vacuums are not effective for cleaning floors because they are not able to navigate around obstacles such as cables without user intervention. He also believes that people and pets can hinder the robot’s ability to clean the floor.

Hereid thinks that household tasks are too complicated for robots to do, but industrial robots are great at doing things over and over again.

But many household tasks are unique to the situation and could be full of surprises. To do these tasks, the robot has to make decisions and change its route all the time.

Cooking and cleaning are both time-consuming tasks that require a lot of dexterity and coordination. It is not very likely, in Hereid’s opinion, that it will be possible to train robots to master the many different kinds of kitchen tools and household appliances that are currently available. In spite of this, powerful machine learning software known as WHIRL is already assisting robots in learning how to perform more dexterous tasks by observing videos. Soon, the WHIRL software will allow robots to learn from Youtube.

Machine learning is a field of computer science that allows computers to learn from data without being explicitly programmed. This is done by creating algorithms that can “learn” from experience and then using these algorithms to make predictions or decisions. This technology is already being used increasingly in fields such as healthcare, finance, and manufacturing.

Hereid is of the opinion that humanoid robots cannot be relied upon outside of a laboratory environment. In addition, he is of the view that the majority of people’s houses consist of stairways, corridors, and shelves that are elevated, which represent some of the biggest hurdles for household robots.

Hereid believes that it will be quite some time before we see home robots that can perform a wide variety of tasks. He is of the opinion that the solution to the difficulty of tasks is the creation of household robots with specialized functions, such as robot vacuum cleaners or kitchen robots. A great variety of these kinds of tools will likely be developed in the future.

It seems, according to Hereid, that we’re never going to see household robots that can perform a wide variety of tasks because the solution to the difficulty of tasks is the creation of robots with specialized functions, like robot vacuum cleaners or kitchen robots. In the not-too-distant future, we’ll probably see a bunch of different kinds of these kinds of tools.

If you could have a household robot do everything around the house for you, and the only thing you had to do was press buttons on the robot’s remote control, would you buy one?