Why Joining the Marines Is Not for Most?

Joining the marines is a life-changing experience and one of the biggest honors for a soldier. 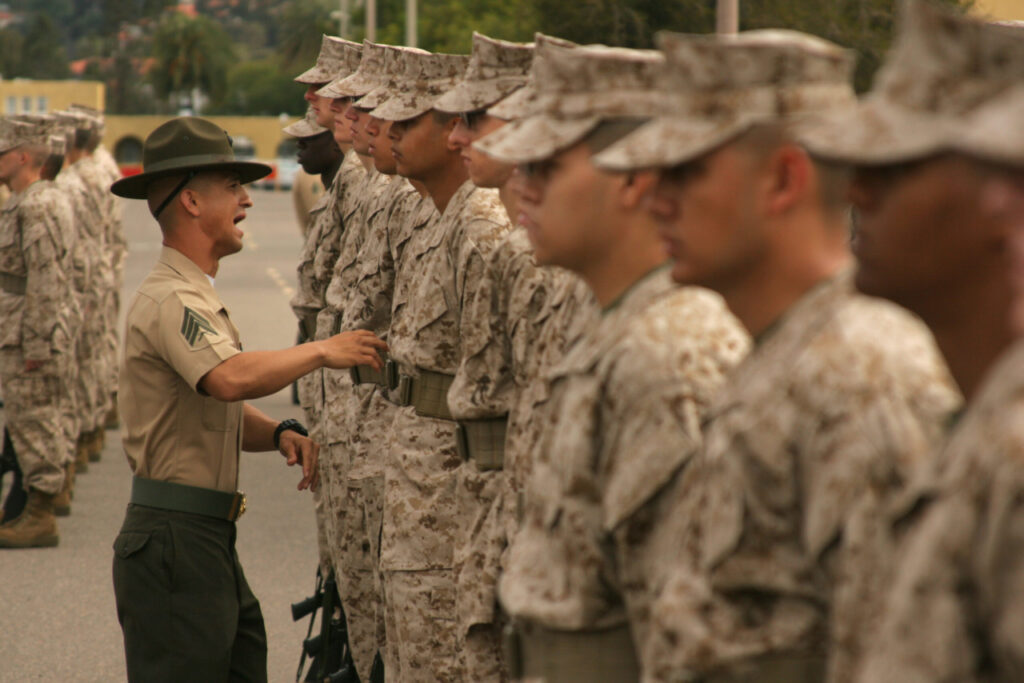 The United States Marine Corps is one of the elite fighting forces in the world. Being a marine is a life path and a huge commitment to defend the US anywhere in the world — and for many, joining the Marines is the biggest honor in the United States Armed Forces.

However, there’s no doubt that the Marines have gained most of their fame from the infantry forces deployed around the world.

The Marine Corps currently has approximately 180,000 enlisted officers with a variety of duties around the globe, from flying airplanes and helicopters to operating radar equipment, doing cyber intelligence work, or driving armored vehicles.

The Marines are a branch of the armed forces that support land, sea, and air operations with an extraordinary fighting spirit. They also protect U.S. embassies and provide a quick-strike force to protect U.S. interests anywhere in the world.

The U.S. Marine Corps has been serving the US since 1775 and has participated in some of the greatest battles and conflicts in modern history, including the American War of Independence, World War I and II, the Korean War, and the Vietnam War, among other wars and conflicts.

But.. Being a Marine is hard!

The Marines are known for being one of the most united and patriotic military forces, not only in the United States but in the world. They have a culture that they have built up over the centuries… and it’s a culture they have inherited from the founding fathers. That’s why being part of the Marines is one of the greatest pride for an American soldier.

However, belonging to their ranks is not easy. They must go through a hell that will harden them physically and mentally taking each candidate to the extreme of their capabilities. This is a tough, challenging training that stands far above the rest of the military.

Marine boot camp participants go through a series of training phases that will make them 100% loyal and reliable soldiers, breaking civilian habits, familiarizing them with discipline, and toughening them up through intense physical training.

What are the requirements to be a Marine?

Each year more than 38,000 recruits are accepted and trained, but there are certain requirements that must be met in order to be eligible to participate in the Marine Corps draft.

To enlist, one must be a U.S. citizen and meet the high moral and physical standards, pass a military medical examination that qualifies the candidate as physically fit to serve, and the recruit must be between 18 and 29 years old and have a high school diploma.

However, the physical requirements are the hardest to fulfill. The training consists of several months of hard training.

The first few weeks are dedicated to isolating the mindset and habits that recruits might have as civilians, learning naval terminology, receiving instruction in military history, customs, and leadership, and core values.

They then receive martial arts and physical training that becomes increasingly intense as they become stronger and their bodies become accustomed to the challenges of military life… and this is just the beginning!

Being a Marine is pushing your body beyond its own limits

Combat Water Survival training is designed to teach Marines the ability to survive in any aquatic environment.@USMC #RecruitTraining #Swimweek pic.twitter.com/n7Hdd0r766

Becoming a marine is an honor and it must be earned. That’s why hard training is necessary.

To gain access to it, recruits must undergo very hard tests, which last more than 3 months.

Applicants must know and push the limits of their bodies and mind to pass them. It helps their bodies and minds to face the most extreme obstacles and recruits must learn how to jump into deep water, how to use the equipment, and how to get rid of heavy gear that could drag them underwater, among other skills.

Recruits are trained not to hesitate and to act immediately. They are taught not to think twice. To achieve this, they are subjected to extreme tests such as being placed in a gas chamber with masks for up to five minutes. Inside the chamber, they are made to take off their masks and put them on again so that they can feel the harmful effects of the gas. Although it is not a lethal gas, it is tear gas and produces severe coughing reactions and mild skin burns.

…And the training goes on

Recruits will continue to improve physically, taking strength and endurance courses. If the grueling exercise wasn’t already strenuous enough, it gets even worse now. The marches are much longer, and more calisthenics must be done faster. They get little sleep and food is rationed.

In the end, the new Marines are inspected by their battalion commanders and complete the final administrative tasks before their graduation ceremony. Throughout the training, recruits learn not to doubt their abilities and to manage the extreme stress that can be experienced in such complicated situations.

Only those with the fighting spirit to rise above the chaos, fear, doubt, and fatigue will earn the honor of becoming a U.S. Marine.

Marines are prepared for any battle

Getting accepted as a Marine takes a lot of effort and motivation. However, it reinforces the sense of belonging to the US. The Corps prides itself on its rich culture and history and being a Marine is a rewarding life path.

Featured image credit: Marine recruits of Company A by dod.defense.gov.