A century later, Shackleton's renowned ship was found off the Antarctic coast. 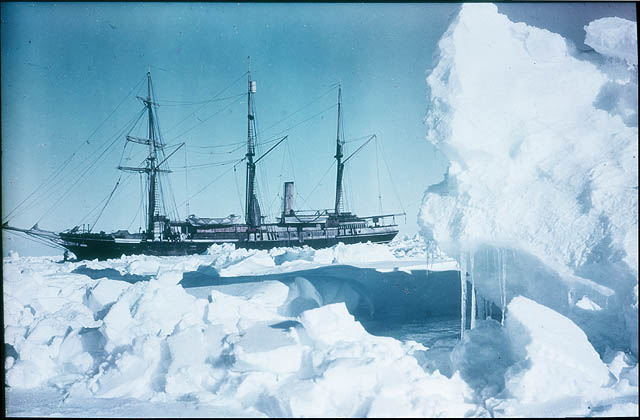 The Endurance, the wrecked ship of Antarctic explorer Sir Ernest Shackleton, was at the heart of one of the world’s greatest survival stories. Last week, the vessel was found more than a century after being crushed by sea ice and sank, forcing Shackleton and his men to make an incredible escape in small boats and on foot.

Endurance was part of Shackleton’s ill-fated Imperial Trans-Antarctic Expedition, in which he hoped to be the first person to cross the continent on land, from the Weddell Sea to the South Pole and then to the Ross Sea. The Ross Sea Team, which landed at Hut Point on Ross Island, was tasked with laying supply dumps for Shackleton’s crossing party. They achieved the objective, but three people lost their lives. The ship never reached Antarctica. It was trapped most of 1915 in the dense pack ice and slowly crushed by pack ice in the Weddell Sea. Much of the mission was documented by Frank Hurley, a photographer who captured frightening images of Endurance’s ice trap.

Shackleton and the other 27 members of the expedition initially spent nearly five months on the ice. Using lifeboats, they finally reached the uninhabited, inhospitable Elephant Island. However, they were still hundreds of miles of stormy seas away from any inhabited land.

The moment the ship was crushed, they had to take what supplies they could and move onto the drifting ice. On November 21, 1915, Endurance sank after being stuck in the ice for ten months.

Endurance’s story did not end with the ship’s sinking. Shackleton’s journey back across the Weddell Sea to get help for his stranded crew would become one of the most famous epic stories of exploration and survival.

On April 4, 1916, Shackleton and five of his crew made an incredible 800 miles (1287 km) long 16-day journey in one of Endurance’s lifeboats, the James Caird, to reach a whaling station on South Georgia Island. From there, Shackleton was eventually able to arrange a rescue mission back to Elephant Island, where the remainder of the crew were waiting. He was able to bring them home safely astoundingly without loss of lives, although it was an ordeal that lasted more than two years.

Where was the ship found?

The Falklands Maritime Heritage Trust (FMHT) organized the search for the lost Endurance ship. They left Cape Town on February 5 with a South African icebreaker, Agulhas II, and were equipped with remotely operated submersibles. FMHT hoped to find the ship before the end of the Southern Hemisphere summer. The subs scoured a predetermined search area for nearly two weeks, looking into different fascinating targets until finally discovering the wreck site on Saturday – the 100th anniversary of Shackleton’s funeral.

Falklands Maritime Heritage Trust stated that the Endurance was spotted at a depth of 3,008 meters (9,869 feet) in the Weddell Sea, about six kilometers (four miles) south of its last known position when the ship sank in 1915. The days after the discovery have been spent photographing the timbers and surrounding debris area in great detail.

“This has been the most complex subsea mission ever undertaken,” explained Nico Vincent, the mission’s subsea project manager.

Under the International Antarctic Treaty, the wreck itself is a recognized monument that must not be impacted in any way. Explorers were permitted to photograph and scan the ship but not touch it. It implies that no physical artifacts were transported to the surface. The team deployed Sabertooth underwater search drones created by Saab, which dived beneath the ice to the Weddell Sea’s deepest depths.

Discovery of shipwreck an “incredible achievement.”

“It was ‘jaw-dropping’ the moment cameras landed on the ship’s name,” said the mission’s leader, veteran polar geographer Dr. John Shears. He went on to say, “The discovery of the wreck is a huge feat.”

Donald Lamont, Chairman of the Falklands Maritime Heritage Trust: "Our objectives for Endurance22 were to locate, survey and film the wreck, but also to conduct important scientific research, and to run an exceptional outreach programme." pic.twitter.com/KCo5sGbQ6w

“We have successfully executed the world’s most challenging shipwreck search, despite facing continually shifting sea ice, blizzards, and temperatures as low as -18 degrees Celsius. Many people said it was impossible, but we did it.”

Mensun Bound, the expedition’s director of exploration, remarked, “We are overwhelmed by our great luck in having identified and captured photographs of Endurance.”

What could the subs see?

Even though it has been submerged in 3km (10,000ft) of water for over a century, video of the wreckage shows Endurance looking precisely as it was on the November day it sank in 1915. Its wooden planks are still very much held together, even though they have been damaged.

The ship’s name, “ENDURANCE,” is prominently displayed on the stern, immediately beneath the taffrail. The masts are down, the rigging is tangled, and the hull appears to be in good shape. Some damage can be seen at the bow, most likely where the sinking ship hit the seabed. The anchors are in place. The subs discovered even some boots and tableware.

Pictures of the expedition showed South Africa’s Agulhas II icebreaker surrounded by ice, with crew lifted by crane over the frozen sea. In a news release, marine archaeologist Mensun Bound, who is on the discovery expedition, remarked, “Without any exaggeration, this is by far the finest wooden shipwreck I’ve ever seen. It is still upright, well above the seabed, undamaged, and in excellent condition.”

‘Endurance’ is even arced across the stern, precisely beneath the taffrail. He told BBC News that “this is a momentous occasion in Polar history.”

Polaris, the five-pointed star after which the ship was initially named, sits beneath, as bold as brass,” Mensun Bound stated. “You’d have to be stone-hearted not to feel a little gooey when you see that star and the name above,” he continued. “You can see Shackleton’s cabin through a porthole. At that moment, you can feel the great man’s breath on the back of your neck.”

Dan Snow, co-founder and creative director of History Hit Tweeted, “Nothing was touched on the shipwreck. Nothing was retrieved.” “It was surveyed with the most up-to-date technology, and its position was confirmed.” The Antarctic Treaty safeguards it. We also didn’t want to mess with it.”

In addition to “ultra high resolution” video, Snow said they employed multi-beam sonar and created a “hugely accurate” laser model. He further said that the ship’s incredible preservation was owing to the lack of wood-eating bacteria on the seafloor in Antarctica and that the sea itself “had the clarity of distilled water.”

This was not the first major discovery of the year, Australian marine archaeologists have discovered what they claim to be the wreckage of Captain Cook’s ship.

What kind of life had clung to the ship?

Surprisingly, the wreck has been colonized by a diverse range of organisms. But not in the way that would consume it.

“There appears to be little wood decay, suggesting that the wood-munching animals seen in other parts of our ocean are, perhaps unsurprisingly, absent from the forest-free Antarctic zone,” said Dr. Michelle Taylor, a deep-sea polar biologist from Essex University.

“The Endurance, which appears to be a ghost ship, is strewn with a remarkable diversity of deep-sea marine life, including stalked sea squirts, anemones, sponges of various types, brittle stars, and crinoids (related to sea stars and urchins), all filter feeding nutrition from the cool deep waters of the Weddell Sea.”

The Agulhas completed the wreck survey on Tuesday and left the search area. The icebreaker is on its way to Cape Town, its home port. However, the plan is to visit Shackleton’s grave at the British Overseas Territory of South Georgia.

“We’ll pay our respects to ‘The Boss,'” Dr. Shears stated, referring to the Endurance crew’s leader’s moniker. History Hit documented the Endurance22 mission, and the footage will be aired in a National Geographic special this autumn.