The bacteria Burkholderia pseudomallei causes an illness called melioidosis, which has proven fatal in fifty percent of cases globally. 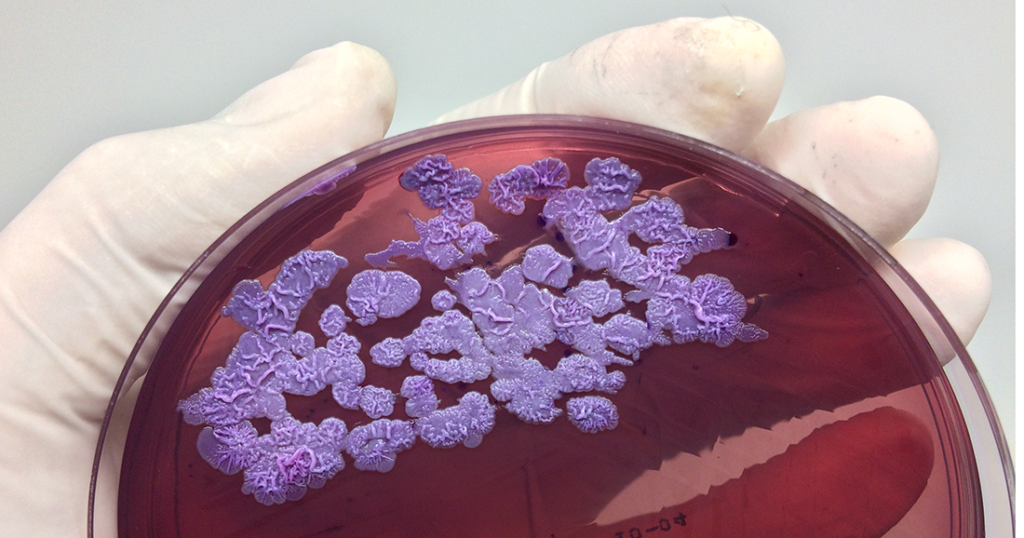 The US soil samples have been confirmed to contain Burkholderia pseudomallei, a deadly bacteria that can cause a rare but severe disease called melioidosis. Southern Asia, Africa, and Australia were previously known as the only locations of this potentially deadly bacteria.

Here’s everything you need to know about B. pseudomallei and melioidosis

For the first time, a potentially fatal form of bacteria that was previously restricted to southern Asia, Africa, and Australia has been found in soil and water samples from the United States. This was according to a health advisory statement issued by the Centers for Disease Control and Prevention Wednesday. The bacteria Burkholderia pseudomallei can cause an illness called melioidosis, which has proven fatal in up to fifty percent of cases globally.

Is B. pseudomallei new?

The bacteria, B. pseudomallei, is not new. It’s prevalent in some tropical and subtropical climates like Southeast Asia and Northern Australia. However, its recent detection in the Gulf Coast region is the first time the microbe has been detected in water and soil samples in the continental United States. The microbe was found as part of an investigation into two people falling sick in 2020 and 2022, respectively. According to the CDC advisory, soil samples indicate the bacteria has been present since at least 2020, and genomic sequencing “revealed the two patients were infected by the same novel strain from the Western Hemisphere.”

According to the CDC, melioidosis has killed between 10 to 50% of people who have caught it in various outbreaks worldwide, the CDC wrote in a health advisory on Wednesday.

Previous Researches On The Bacteria

The disease is not common. Most of the time, an infection with the bacteria will not result in melioidosis. According to a  2008 study of Thai children, it was found that one in every 4600 exposures to the bacteria results in melioidosis. A  2019 study in Southeast Asia, where the bacteria is prevalent, shows that the “in-hospital mortality rate exceeds 40 percent.” Fortunately, there are fewer chances that melioidosis will transfer from person to person.

The most frequent route for natural infection, according to the CDC, is contact between injured (non-intact) skin and contaminated water or soil. It was a “surprise” to learn that melioidosis was discovered in the Gulf, says Norman Beatty, an infectious disease specialist and Assistant Professor of Medicine at the University of Florida College of Medicine.

“Melioidosis is a serious infectious condition. We must consider those living in the Gulf Coast who show signs of this infection type,” according to the expert.

Melioidosis can develop as soon as a day or as long as a year or more after exposure to B. pseudomallei, according to the CDC. It typically manifests two to four weeks after exposure. The condition can manifest in a variety of ways, making a diagnosis challenging. Lung infection is the most typical sign of melioidosis; the  CDC reports that pneumonia is present in more than 50 percent of cases.

“But the disease is not restricted to the lungs,” says Beatty.

Any organ in the body can have an infection, he claims. CDC reported that transmission of melioidosis could occur via penetration of the skin or mucosal membranes, inhalation of bacteria-containing airborne particles, and eating contaminated food products. Infections might “mirror other diseases like tuberculosis,” he further states. They can also manifest locally as pain, swelling, fever, ulceration, or an abscess when it is localized. Lung infection can also manifest as a cough, pain in the chest, high temperature, and headache.

It’s also possible to develop sepsis, a dangerous bloodstream infection that can quickly become fatal. Sepsis brought on by melioidosis can cause a high fever and other symptoms such as respiratory difficulty, gastrointestinal discomfort, joint pain, and disorientation. The CDC also notes that symptoms might include weight loss, stomach or chest pain, muscle or joint pain, an infection of the central nervous system or brain, and seizures in addition to headache and fever.

Melioidosis can be contracted through contaminated soil and water

People can become infected with  B. pseudomallei and develop melioidosis if they have contact with contaminated soil or water droplets, breathe in contaminated dust or ingest contaminated water. The CDC states that polluted soil and water are the main ways that people contract melioidosis, although tropical freshwater fish have recently been discovered as a potential source of infection. Only a few cases have been reported, and the danger of transmission from person to person is “extremely rare,” according to the statement.

Who is most at risk of melioidosis?

While anyone who is exposed to B. pseudomallei can contract melioidosis, people with certain underlying health conditions are more likely to get sick or die from melioidosis. CDC explained that two patients involved in the investigation had known risk factors.

Beatty advises wearing gloves and avoiding wound contamination when dealing with soil. “Those with immunocompromising disorders should take precautions to avoid coming into contact with soil or breathing in environmental particles that could be infected with B. pseudomallei if more cases are detected in southern Mississippi or other Gulf Coast areas,” according to the statement.

Have there been any other melioidosis cases in the US?

In addition to the cases that started in the Gulf, two other cases of the disease have occurred within the United States in recent years. Four occurrences of melioidosis in 2021 were linked to a  contaminated aromatherapy spray sold at Walmart. Of the four, two passed away.

Is it possible to eliminate B. pseudomallei from the soil?

The CDC report claims that once the bacteria become endemic in soil, they cannot be eliminated. “Public health initiatives should focus primarily on improving case identification so that appropriate treatment may be delivered,” says CDC. The study also notes that melioidosis is now a Nationally Notifiable Condition, meaning public health officials will be more actively looking for and reporting cases of the disease as a result of a favorable decision at the 2022 Council of State and Territorial Epidemiologists conference.

Beatty says clinicians working on the Gulf Coast of the United States should consider melioidosis when treating patients who appear with severe pneumonia or skin infections that don’t go away after being treated with antibiotics for usual skin pathogens. “We will likely see more cases as awareness grows. Monkeypox and the COVID-19 pandemic have drawn attention to the ability of infectious illnesses to spread globally, but it is still too early to determine whether melioidosis poses a real threat.”

Although melioidosis can be treated with specific intravenous antibiotics, medical professionals warn that it may be difficult to get a correct diagnosis in time to help patients. Depending on the severity of the illness, intravenous antibiotic therapy for a minimum of two weeks that can last up to eight weeks is the standard course of Melioidosis treatment. After that, an oral antibiotic regimen lasting three to six months is administered. Beatty claims that “early detection and proper antibiotic therapy has led to lower mortality.” Thankfully, the two cases in Mississippi were successfully treated.

What does this study suggest?

Melioidosis is now regarded as endemic in areas of the Gulf Coast region of Mississippi. It is unknown if it has spread to other regions of the US. Thailand, northern Australia, and Puerto Rico were previous places where this kind of bacteria was most frequently discovered.