When COVID-19 spread rapidly across the globe, we also witnessed the spread of other viral phenomena like conspiracy theories and misinformation. 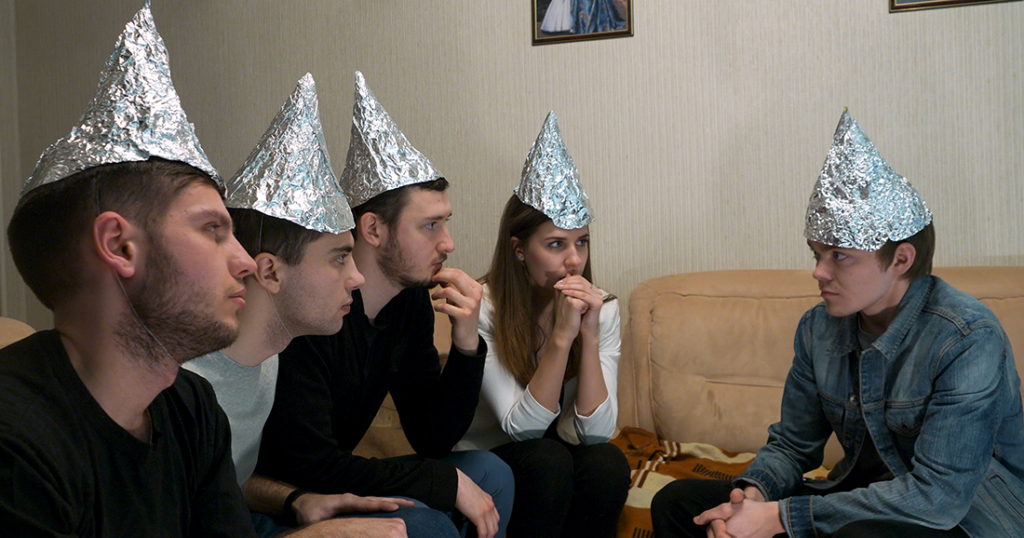 The authors of the study, Roland Imhoff and Sinan Alper, combined two lines of inquiry to explore how country-level corruption can affect the link between political orientation and conspiratorial mindset.

Several studies supported the claim that right-wingers are more likely to hold conspiracy theories than left-wingers. However, recent research reported in the Social Psychological and Personality Science journal hypothesized that this effect would be weaker in nations with high levels of corruption.

Conspiracies become more plausible in corrupt societies, making all citizens—regardless of their political views—more likely to support them.

“Based on previous research, right-wingers seem to be more prone to conspiracy theories,” said Alper (@SinanAlper_), an associate professor of social psychology at Yasar University.

“We questioned whether this indicated that right-wingers were more susceptible to false information or whether the political environment was in play. We choose to investigate the role of corruption since there is a larger possibility of a true conspiracy in an environment with a high corruption level. Therefore, he adds, ” we looked at how ideology predicted conspiracy beliefs in contexts when it makes more or less sense to believe in conspiracies,” he adds.

The new research also suggests that social factors may affect conspiracy theories. There is evidence, for instance, that living in a corrupt society can promote conspiracy theories, possibly by making covert plans seem more plausible.

The study conducted by Alper and Imhoff

Data from a prior investigation by Imhoff, Zimmer, and associates (2022) were examined by Alper and Imhoff. The sample comprised over 20,000 individuals across 23 different countries who indicated their political orientation and completed a measure of conspiracy mentality. The conspiracy mentality test evaluated their agreement with statements like, “I believe that there are covert groups that have a significant impact on political decisions.”

The Corruption Perceptions Index, an annual general index that evaluates countries based on their perceived levels of public sector corruption, provided the researchers with country-level corruption scores.

The authors then tested the connection between political orientation and conspiracy belief to see if it’s being moderated by country-level corruption.

What the authors discovered

These findings are consistent with Alper and Imhoff’s hypothesis that living in an environment with greater threat indicators raises a person’s suspicion toward secret plots, resulting in a higher conspiracy mentality. Conspiracy theories are more likely to be believed and accepted in these conditions by everyone, regardless of one’s political views. Thus, the connection between political belief and conspiracy theories is compromised and weakened.

Alper explained that the connection between ideology and the conspiratorial mindset diminished in environments with high levels of corruption. That is to say, people’s political worldviews were less crucial in predicting their conspiracy mindset, probably because it made sense for everyone to be wary of politicians in high-corruption nations.

We also examined more specific conspiracy theories and discovered that both left- and right-wingers were more prone to subscribe to conspiracies that matched their political ideologies. This may also be possible since both sides found politically concordant conspiracy theories more plausible in contexts with high corruption,” Alper said.

The good and the bad about the findings

Limitations of the study

The study was limited by the fact that most of the data came from European nations, which do not accurately represent the whole spectrum of corruption levels. Future research may try to expand these findings on a global scale. Moreover, there is still much that can be learned about the psychology of conspiracy theory ideas and the role that elite communication and the information environment play in promoting those beliefs. In the meantime, the researchers recommend restraint while raising warnings about the “golden age” of conspiracies and the transformation of society into a “post-truth” era.