The M113 was designed for mobilizing troops in the harshest conditions – and now, they will be deployed once again to fight Russia. 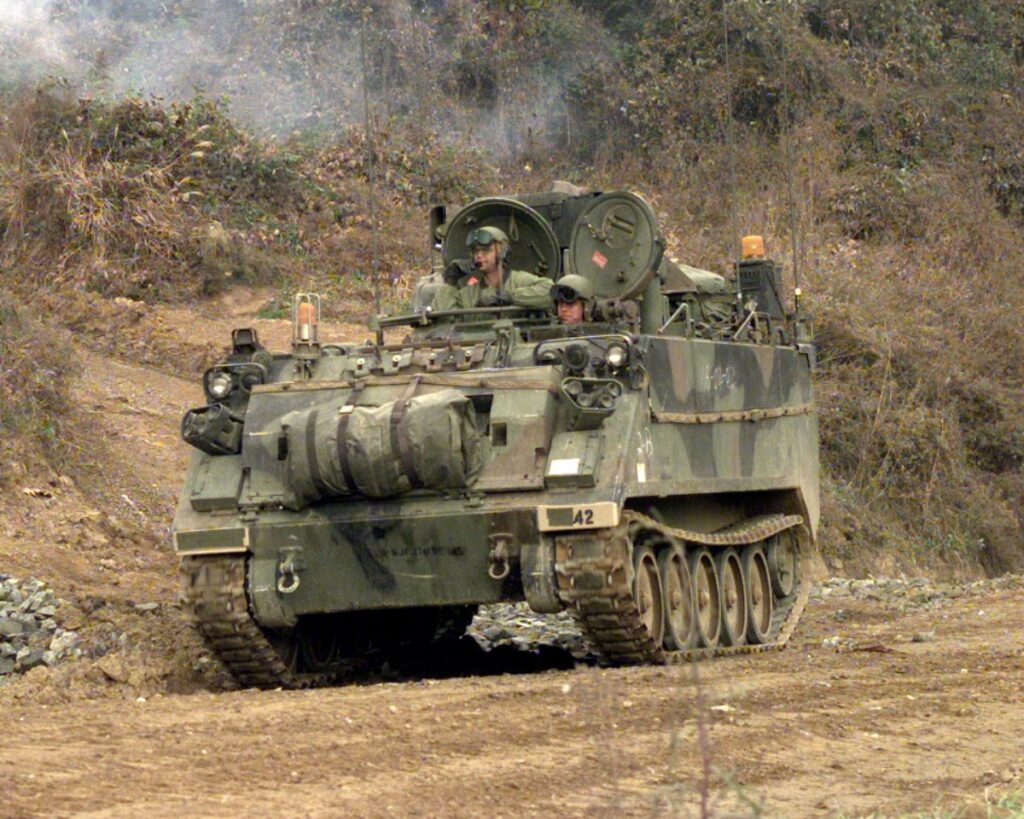 The United States, in its forthcoming shipment of armaments to Ukraine, will include the M113 armored vehicle to support the mobilization of troops to the front lines.

This vehicle has decades of service in the riskiest operations from Vietnam to Afghanistan – and now, it will be in the hands of Ukrainian troops to fight Russia in this new stage of the war.

The M113 was developed and produced by the FMC Corporation (Food Machinery and Chemical Corporation) after WWII, when the United States was looking for armored vehicles with improved technology that could resist enemy fire while remaining lightweight.

The use of aluminum armor made it possible to reduce the weight of the combat vehicle while maintaining an acceptable level of protection.

The M113 was the first aluminum-hulled combat vehicle to go into mass production. Much lighter than previous vehicles, its aluminum armor was designed to be durable enough to both protect the crew and passengers against small arms but light enough that the vehicle could be airlifted and making it moderately amphibious.

It was first used in combat in April 1962 after the United States provided the South Vietnamese Army with heavy armaments. The M113 used to break through thick jungle thickets to attack and overrun enemy positions with high degrees of success.

Since the Vietnam war, it has been in service in virtually every U.S. military action in the ensuing decades, and the U.S. Army has roughly 6,000 M113s.

Today, the M113 is widely used in support roles as armored ambulance, engineer vehicle, or even a command vehicle.

The M113 is slowly being replaced by…

The U.S. Army stopped buying M113s in 2007 because there are new technologies to replace this vehicle.

The AMPV is a U.S. Army program aimed at replacing the Vietnam War-era M113 troop carrier fleet with new vehicles to deal with new warfare situations since the M113 was built for a different generation of warfighting.

Indeed, the newly developed AMPV is intended to dramatically increase transportation capabilities and soldier survivability… but this project is still in an early phase, and there aren’t enough details to make a fair comparison between both armored vehicles.

The whole US aid package to Ukraine

In addition to armored vehicles, the United States is supplying weapons such as 11 Mi-17 helicopters, 18 155 mm Howitzer cannons, and 300 more Switchblade drones. Switchblade drones are considered miniature loitering munitions that are launched from a tube. The drone then flies to its intended target manually or automatically and detonates its warhead.

US Military Sends Another 600 Switchblade Drones to Ukraine #news pic.twitter.com/9OqGZkjATi

Russia has opposed the military aid… but the aid keeps flowing

Ukraine has also been given substantial donations of weapons from countries like Poland, but they prefer not to comment about it as they don’t want to get too involved in the war because they could face Russian reprisals.

The war is getting much more complicated, and although any new military equipment helps, it’s hard to keep it in one piece without protection from an advanced anti-aircraft system that Ukraine currently lacks. Shoulder-fired anti-aircraft missiles can’t reach as of now high flying Russian aircraft that are bombing Ukraine daily.