This revolutionary new implant brings hope to people with disabilities. 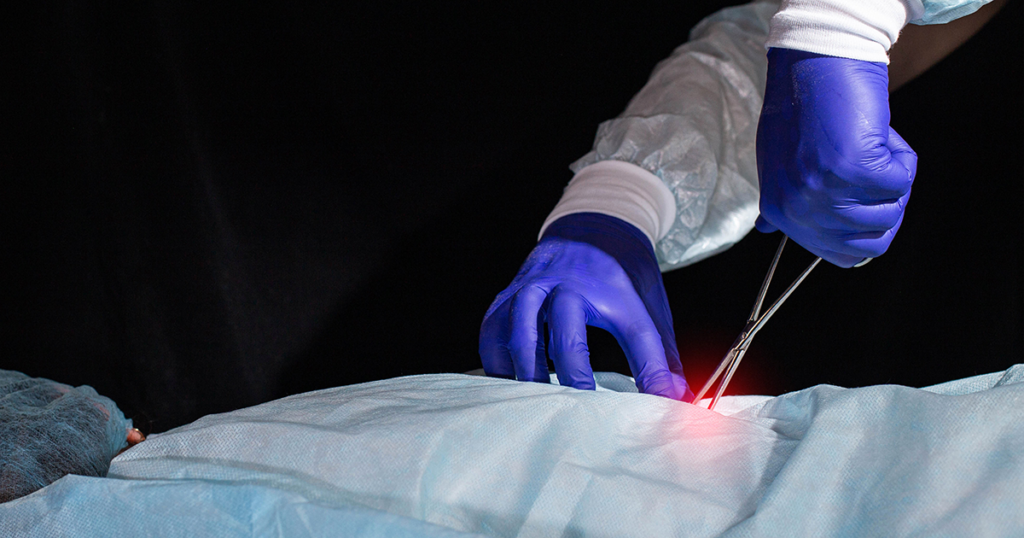 Michel Roccati was paralyzed from the waist down in a motorcycle accident in 2017. He could walk again in 2020, owing to a groundbreaking new spinal cord implant.

After a motorbike accident that severed his spinal cord, Michel Roccati lost all control of his legs, but he can now stand and walk thanks to electrical stimulation implant controlled by a tablet.

According to the research team, the electrical implant enabled Roccati and two other patients (29 and 41) to stand, walk, ride a bike, and even use their legs in a swimming pool. This raises hope that this small, implantable device can help people with spinal cord injuries regain more independence.

The device provides electrical pulses to muscles, simulate brain activity, and might allow individuals with severe spinal injuries to stand, walk, and exercise in the future.

It draws on a long history of research into harnessing electrical pulses to help patients with spinal cord injuries improve their quality of life, including a 2018 study by the same team that allowed people with partial lower-body paralysis to walk again.

The research subjects and the intervention

The first time the device was turned on, Roccati took a step, and he told the media, “It was a very emotional experience.”

He was one of three patients in the research, recently published in the journal Nature Medicine, who were unable to move their lower limbs following accidents.

However, the three could take steps when the six-centimeter implant was implanted, and its pulses were fine-tuned.

“These electrodes were longer and larger than the ones we had previously implanted, and we could access more muscles thanks to this new technology,” said Jocelyne Bloch, a neurosurgeon at the Lausanne University Hospital who assisted with the research.

While breathtaking for the researchers and their patients, those first steps were challenging and necessitated the use of support bars and tremendous upper body power.

However, the Roccati could walk without the need of a leg braces after four months with the help of a mobility walker for balance.

“Roccat is now able to stand for two hours – he walks almost one kilometer without stopping,” said Gregoire Courtine, a neurologist at the Swiss Federal Institute of Technology who collaborated with Bloch on the study.

Thanks to the implant, the Italian could look clients in the eyes, have a drink at a standing table, and a shower standing up.

He and the other participants in the study could also climb stairs, swim, and paddle.

Two patients can now somewhat stimulate their muscles without electrical pulses, although only to a limited extent.

Bloch said the team plans to test the technology with patients earlier after an accident because the three test subjects in the study were disabled for at least a year before the research.

“What we all think is that if you try earlier, it will have more effect, she explained.

There are obstacles to overcome: A patient’s ability is still in flux during early recovery, making it difficult to establish a baseline for assessment of improvement and continued medical treatment.

Because six centimeters (2,36 in) of the healthy spinal cord is required, the implants are only acceptable for patients with injuries above the lower thoracic spinal cord, which runs from the base of the neck to the belly.

The notion of utilizing electrical pulses to treat paralysis came from pain-control technology, and the researchers believe there is room for other uses.

They’ve also demonstrated that it can help patients with spinal cord injuries manage their blood pressure, and they’re planning to publish research on its usage in severe Parkinson’s disease soon.

Bloch and Courtine get approximately five messages a day from would-be patients requesting help, but the team stressed that there is still much work to be done before the implant is offered for therapy outside of clinical research.

They tend to miniaturize the computer that sends impulses implanted in patients and managed with smartphones.

This year, they hope to do so with large-scale studies including 50-100 patients in the United States and later Europe.

“We believe there is a bright future for neurological stimulation technology,” Courtine stated.