Vanadium Dioxide is probably the most exciting material for semiconductors since silicone. 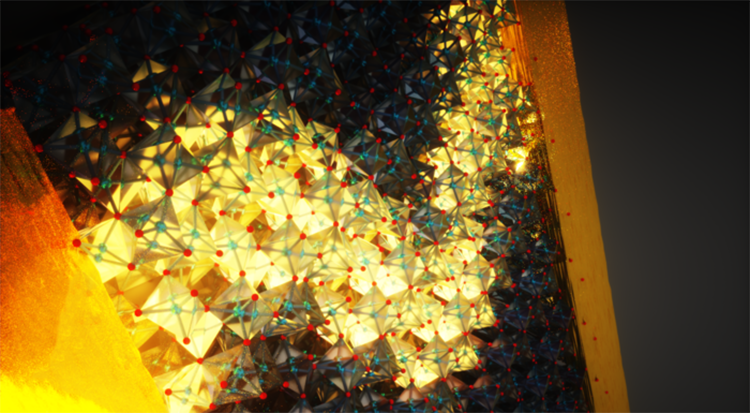 In the earth’s crust, Vanadium is the fifth most abundant transition metal. It is frequently found alongside titanium and iron in the ores of these metals. Significant concentrations of Vanadium can also be found in certain coal and oil deposits, such as crude and shale oils.

Vanadium Dioxide is a bi-product material of Vanadium. Michelle Starr writing for sciencealert.com, states that even though VO2 isn’t alive and doesn’t have any structures that come close to matching the complexity of the brain, it is capable of ‘remembering’ previous experiences with stimuli from the outside world.

This is the first time a material has been found to possess this ability, but it is possible that it will not be the last time. The discovery may have fascinating repercussions for the future of electronic device development, particularly in data processing and storage.

VO2 is touted in research as an alternative to silicon

Due to its potential to outperform silicon as a semiconductor, vanadium dioxide (VO2) has recently been floated as an alternative to silicon as a basis for electronic devices or as a complement to silicon.

Heat changes induce VO2 to switch from insulator to metal

In 2018 the reason for this phenomenon was discovered. An increase in temperature causes a shift in how VO2 atoms are arranged within their lattice pattern.

After being heated up and becoming a metal, when the temperature returns to its previous cooler level, VO2 reverts to the insulator; it was when it was first created.

Samizadeh Nikoo’s primary objective was to determine the amount of time required for VO2 to make the transition from insulator to metal and back again. He did this by taking measurements as he activated the switch.

Samizadeh Nikoo’s measurements that uncovered an extraordinary finding. Even though it returned to its original state, the VO2 acted as if it remembered the recent activity it had been involved in.

During the experiments, an electrical current was passed through the material in such a way that it followed a predetermined path from one side to the other. Because of this current, the VO2 was heated, resulting in a change in its state and rearranging its atomic structure. After the electrical current was turned off, the atomic structure resumed its form before the current application.

Turning the power back on a second time

When the power was restored again, things took an exciting turn. According to EPFL electrical engineer Elison Matioli, the VO2 seemed to remember the first phase transition and anticipate the next.

The team’s efforts resulted in the discovery that VO2 could store some information on the most recently applied current for at least three hours.

Like our brain, VO2 behaves as both memory storage and processing

The behavior of the switch is reminiscent of neurons in the brain, which serve as both a unit of memory and a processor. Computing based on a system such as this could have a significant advantage over traditional computing based on chips and circuit boards. This type of technology is known as neuromorphic technology.

Because this dual property is inherent to the material, VO2 appears to fulfill all of the criteria memory devices should have, including the potential for high capacity, high speed, and scalability. In addition, because of its properties, it has a competitive advantage over other memory devices, which encode data in a binary format that is determined by the electrical states.

Glass-like dynamics in VO2 can be excited in sub-nanosecond timescales and monitored for several orders of magnitude in time, from microseconds to hours.

The researchers believe that when VO2 is used in functional devices, it will be able to help meet the ongoing demands of electronics in terms of downscaling, fast operation, and reducing the voltage-supply level and if combined with this lightweight material that is stronger than steel our electronics may finally get lighter and stronger.