Mercury: Why This Tiny Planet Surprised Astronomers So Many Times

Mercury is the closest planet to our Sun and has the most craters of any planet in our solar system. 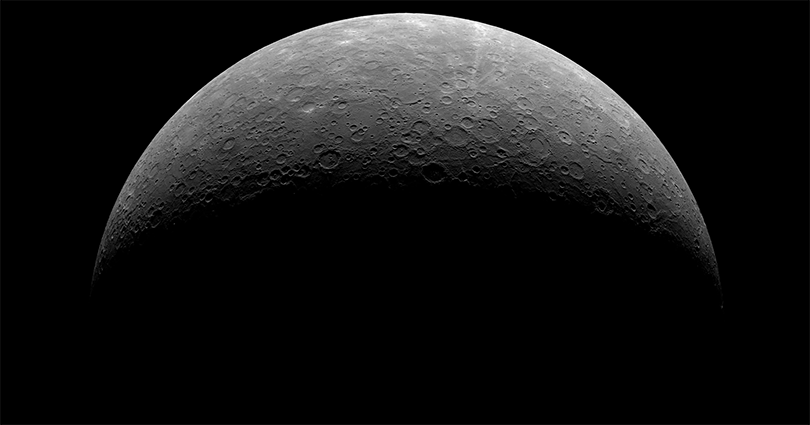 Mercury is the smallest planet in our Solar System, only slightly larger than Earth’s Moon. Probes sent to Mercury have changed astronomers’ previous assumptions about it on more than a few occasions.

Not as smooth or as hot as thought

Astronomers used to think that Mercury had a smooth surface until the Mariner 10 spacecraft flew past it in November 1973, revealing the planet’s pitted and crushed surface, proving Mercury to be the most cratered planet in our lives solar system. Kevin Cannon, a geologist at the Colorado School of Mines, believes at tens of kilometers per second, asteroids or comets collide with its surface, converting the graphite into diamonds. His study estimates that there could be as many as 16 quadrillion tons of diamonds on Mercury. There is also evidence of volcanic activity.

It is currently believed that Mercury’s severe temperatures are likely to prevent any organisms from existing there, but there may be “goldilocks” areas of the planet that could support life. The current assumption is that it is likely to be implausible that it supports life, but could astronomers be proved wrong in their belief of this tiny planet?

How tiny is it?

Mercury is the smallest and nearest planet to the Sun in our solar system. It has a diameter of around 3,031 miles (4,879.4 km), making it somewhat greater than the width of the United States of America. Jupiter, the giant planet in our solar system, is so massive that it could contain over 1,300 Earths.

Named after a fast God

Mercury’s history is an interesting one. It is named after the Roman fast messenger deity (Hermes in the ancient Greek pantheon).

Mercury has the shortest orbit, zipping around the Sun every 88 days because it is the nearest planet to the Sun. It moves faster through space than any other planet, at roughly 29 miles (47 kilometers) per second. On the other hand, the planet rotates relatively slowly on its axis, taking 59 Earth days to complete one rotation.

Sumerians may have been the first to record observations of Mercury

Asking who discovered Mercury for the first time is perhaps a bit like asking who found the Moon? Galileo is the first person credited to have observed it directly through a telescope, but that doesn’t mean that he discovered it. It would be like saying Steve Jobs was the first person to see the Moon through an iPhone. Astronomers would have been able to see Mercury over the centuries, even before the invention of the telescope.

Galileo did offer the first “evidence” that Mercury was, in fact, another planet. Galileo also confirmed that Venus must be orbiting the Sun because it emerged and vanished on both sides of the Sun at regular intervals.

The Sumerians may have been the first to record a sighting of Mercury. The Sumerians had evidence of the planet’s existence as early as 3000 BC. The planet Nabu was known to the ancient Babylonians as the god of writing and learning. Mercury was initially supposed to be two planets by the ancient Greeks, but they learned it was only one object in the 4th century BCE. A few millennia later, the great Copernicus devised his Sun-centered solar system model, published in 1543, and convincingly demonstrated that Mercury was a planet.

The only planet known to survive a 60-mile wide asteroid

Asteroids are the events of nightmares. The thought of a massive asteroid collision is what keeps some scientists on Earth busy planning planetary defense systems. Compared to the asteroids that have hit Mercury (the most cratered planet), the Earth has been relatively fortunate. An estimated 4 billion years ago, an asteroid estimated to be 60 miles (99.5 kilometers) broad collided with Mercury and created the Caloris Basin, 960 miles (1,545 kilometers) large. To put that in context, the asteroid that wiped off the dinosaurs was around 6.2 miles (10 kilometers) broad.

The closest planet to the Sun but not the warmest

Although it is the closest planet to the Sun, it is not the warmest planet in the solar system. That title of the hottest planet goes to Venus, it’s neighbor. Mercury is cold at night, and the planet has no atmosphere, only a thin exosphere of atoms blasted from the surface by the solar wind.

Some areas, though, are still chilly enough for water ice. According to complicated radar investigations, water ice from comet debris appears to be present on the shady side of craters on Mercury’s North pole.

Unique magnetic spin means it hasn’t got any seasons

Why is it called the inferior planet?

Mercury is referred to as an “inferior planet,” this phrase is relative to its position in the Solar System. The term indicates that Mercury orbits the Sun closer than the other planets, particularly the Earth. All planets farther away from Earth are referred to as “better.” Because Jupiter is furthest away, it is known as the superior planet.

Contrary to previous assumptions about it being smooth, Mercury is now known as the “Most Cratered Planet” in the Solar System.

Because Mercury, unlike other planets, does not “repair” itself after a collision, countless craters occur. While most of its craters are minor, a few are larger than 50 miles (80 kilometers). The Caloris Basin is a crater with a diameter of 960 miles (1,545km).

The closest ice to the Sun

Even though its close closeness to the Sun, a thorough investigation of Mercury has shown the presence of water ice. This ice, however, can only be found in permanently shadowed craters that receive no sunshine throughout the year.

Organic compounds, including some assumed to be the building blocks of life, are found on it. However, as previously stated, the planet’s ability to support life is doubtful.

More sulfur than any known planet

Mercury also contains the greatest sulfur levels of all the planets, with nearly ten times the amount found on Earth.

Mercury appears wrinkled in photos and videos shot of its surface because its iron core has cooled and contracted. These creases are known as “lobate scarps” by scientists, and they can be hundreds of miles long and a mile deep.

Furthermore, the planet’s north and south poles are cold and dark, allowing craters in these locations to freeze water.

The majority of Mercurian craters bear the names of notable authors, painters, and composers. You can check out the complete A-Z on Wikipedia. All new craters must be named after an artist who was famous for more than fifty years and dead for more than three years before the date they are named, according to the regulations of the IAU’s Working Group for Planetary System Nomenclature.

It has no Moon

Mercury is a lonely planet that revolves alone.

Unlike the majority of the planets in our Solar System, Mercury appears to be devoid of natural satellites or moons. It is likewise devoid of rings.

Scientists won’t know the full geological facts about the volcanic activity until they can send some probes to Mercury to take a closer look. Undoubtedly, the prospect of diamond samples will be of great interest to them.

What else could Mercury have that could interest people on Earth apart from diamonds and perhaps even alien life? What else could another visit to Mercury change about our assumptions of Mercury or even about space?