Why Meta Is Building Most Powerful AI Computer for the Metaverse

“The limited dimensions of the reality we live in limit our imagination.” ― Rajesh`, Random Cosmos 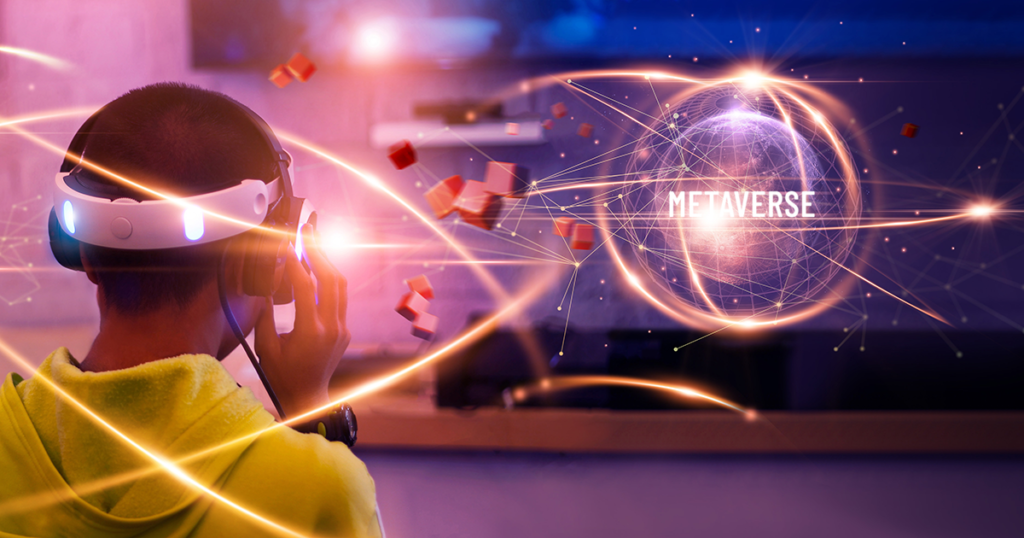 A new digital dimension where people will connect

If corporate companies have their way, most of our social connections in the future will take place in the Metaverse.  The companies promoting it will say that the Metaverse ‘saves travel,’ helps us connect with people that we wouldn’t otherwise be able to spend time with, it will facilitate remote working, it will promote equality (disabled people will be able to choose able-bodied avatars, all people can choose super stunning and glamorous looking avatars, people can choose their avatars to be of any race and costume, you can be exactly who you want to be in the Metaverse(though you might have to pay to level up your appearance)).

The Metaverse is and will consist of a network of different 3D digital worlds focussed on social connection. Our interactions will be stored in massive datasets and studied by Artificial Intelligence and Machine Learning algorithms.

Just like the current internet, some of these worlds may link into each other, and users pass seamlessly from one world to another, in some you may only be able to get from one to another by passing through paywalls, in others you may need to know the address to access it directly. Investors are now paying millions for virtual land in the Metaverse.

The Metaverse will be full of virtual places where VIPs can spend time together in very realistic-looking digital settings and hold meetings together.

For many people now, the Metaverse may sound like complete insanity, perhaps it will seem less insane when people settle on Mars, and putting on your 3D goggles to enter a virtual and very realistic 3D sitting room, is the only way you can enjoy a cozy Christmas by the fire with your family. In contrast, your grandmother and the rest of your family join you by putting on their VR goggles down on Earth.

Meta, the company, formerly called Facebook, is building a Supercomputer for the Metaverse with some pretty ambitious goals ‘We hope RSC will help us build entirely new AI systems that can, for example, power real-time voice translations to large groups of people, each speaking a different language, so they can seamlessly collaborate on a research project or play an AR game together.’

How much data is the Meta Metaverse project going to consume?

To get some perspective of how data-intense the Metaverse is, let’s start from a user point of view. From a user point of view, chip manufacturer Qualcomm expects that for live virtual reality 3D surroundings in the Metaverse; people will need to be around 200 megabytes per second to see and experience them. This will be almost impossible for most users with a 4G internet connection. 4G internet connection often has download speeds of around 30 megabytes per second.

People will need the latest standard 5G connection to participate in the Metaverse fully. It will take some time before the 5G network has been fully rolled out across the globe. Even some of the most powerful computers today will not be able to cope with Metaverse’s demanding apps. People will need to invest in the latest VR or AR goggles to experience the Metaverse.

Meta is just one company creating a Metaverse world

The Metaverse is full of commercial opportunities. It is becoming a massive race and digital land grab for market share for consumer spending for any company that has the expertise to create, host, and commercialize 3D worlds.

Project Nazare can be defined as an AR glasses device that would allow the wearer to communicate with others on their network, view people as 3D avatars, and interact with them in real-time aided by 3D digital assets, tools, and props.

So Meta has been acquiring a dominant market share in the goggles needed to access Metaverse worlds, but what is actually involved in hosting the Metaverse?

Meta is developing its Metaverse worlds. To do this, it states it is developing the next generation of advanced AI, which requires powerful new computers capable of quintillions of operations per second.

Consider that most normal computers today do not have the capabilities to access the Metaverse and that Meta is in the process of developing a supercomputer that will host multiple 3D digital worlds that potentially billions of people are going to be accessing and connecting with each other simultaneously in a digital environment that overcomes the barriers of language.

Meta has announced it has designed and built the AI Research SuperCluster (RSC), which they ‘believe is among the fastest AI supercomputers running today and will be the fastest AI supercomputer in the world when it’s fully built out in mid-2022. Our researchers have already started using RSC to train large models in natural language processing (NLP) and computer vision for research, aiming for one-day training models with trillions of parameters.’

Meta says the ‘RSC will help Meta’s AI researchers build new and better AI models that can learn from trillions of examples; work across hundreds of different languages; seamlessly analyze text, images, and video together; develop new augmented reality tools; and much more.‘

Meta says the RSC will enable their researchers to ‘be able to train the most significant models needed to develop advanced AI for computer vision, NLP, speech recognition, and more.

The capabilities of a Metaverse supercomputer

Some media sources have speculated that the RSC  in terms of raw processing power appears comparable to the Perlmutter supercomputer, ranked fifth fastest in the world.’

Meta RSC requires highly specialized computer chips and graphic processing units (NVIDIA A100 graphics processing units) only previously used for gaming. It currently uses 6,800 NVIDIA A100 graphics processing units (GPUs), making processing computer vision workflows 20 times faster. Later this year, Meta plans to increase this build to 16,000 GPUs, and an exabyte of storage, which they state is ‘equivalent to 36,000 years of high-quality video.‘ Once complete, Meta says, ‘RSC will serve training data at 16 terabytes per second and operate at a top speed of 5 exaflops.’

More processing power than you can possibly imagine

Wondering what an exaflop is? University Information Technology Services explains ‘A 1 exaFLOPS (EFLOPS) computer system is capable of performing one quintillion (1018) floating-point operations per second.‘  For us Luddites that is a really large number that we can’t count with our fingers, in fact, there aren’t enough fingers in the world to count up to a quintillion, and definitely, not five quintillions, which is how many processes that Meta’s computer will be able to perform a second.