Equivalent of 3.5 billion Great pyramids of stellar mass is consumed each hour by a micronova event 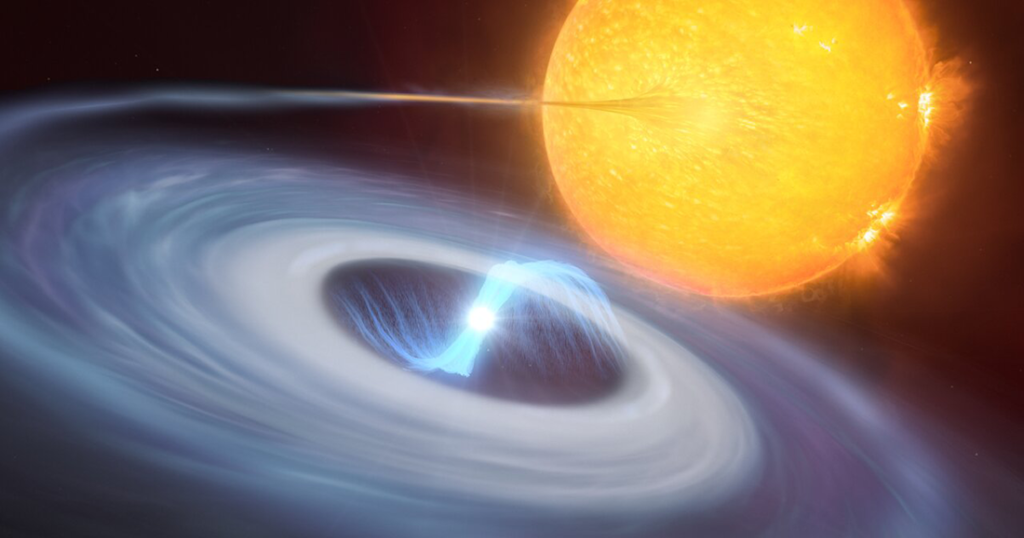 Since the beginning of time, people have had a long fascination with stars. Stars are used for fortune-telling, religious ceremonies, and navigation. Stars are also included in songs and children’s nursery rhymes.

People try to make sense of the universe by watching and observing the stars. What do the bright lights and twinkles above us mean? It’s probably a supernova or, as we most recently learned, a micronova.

In 1806 Jane Taylor and her sister Ann Taylor published the lyrics for the song Twinkle Twinkle Little Star. Many people don’t know that today’s nursery rhyme lyrics are slightly different from the poem that initially inspired this nursery rhyme song.

The poem that Jane Taylor originally wrote went like this:

Twinkle, twinkle, little star,
How I wonder what you are!
Up above the world so high,
Like a diamond in the sky.

When the blazing sun is gone,
When he nothing shines upon,
Then you show your little light,
Twinkle, twinkle, all the night.

The poem describes the phenomenon of twinkling stars. The author at that time may not have known that the sun was also a star, or could the author, who was a poet, have learned that blazing stars like the sun can be gone one day?

Could Jane Taylor, the poet of this popular children’s nursery rhyme, have been describing a supernova, nova, or even a micronova event in a binary star system? A star that researchers say shines brightly because it has stolen the mass from the blazing sun, either causing the sun to implode from a gravity collapse or for the star to explode from acquiring too much mass?

How are twinkling stars caused? Twinkling stars could be pretty explosive events happening in outer space. Scientists already know about nova and supernova.

So how does a micronova compare with already known spectacles called supernova and nova?

Supernova in a binary star system

A powerful explosion of one of the stars occurs because a white dwarf star gains too much matter from its companion star.

Supernova in a single star system

A supernova can also describe an explosion event in a single star system, a single sun exploding in the solar system. This event happens when some of the star’s mass flows into its core when it runs out of fuel.

The star’s core becomes so heavy that it collapses within seconds from its gravitational force.

Supernovae are so powerful they can create the formation of new stars. When a star undergoes a supernova explosion, it dies, leaving behind a remnant: a neutron star or a black hole.

Our sun is a single star, but it does not have enough mass to become a supernova; if it were to die in the manner described above, it would only be called a nova event.

Difference between a nova and a supernova

The significant difference between a nova and a supernova is that a lot of the object’s mass is ejected with the explosion in a supernova. The amount of this mass is more than the mass of the sun. In a nova, significantly less mass is expelled compared to a supernova.

One supernova event was visible in the night sky for 653 days. In contrast, a nova causes the sudden appearance of a bright, apparently “new” star that slowly fades over several weeks or many months.

A micronova is a new kind of stellar explosion. Micronovae occurs in two-star systems where a white dwarf steals material from its companion star. It can last only a few hours.

The white dwarf’s strong magnetic fields funnel the material towards its poles. As the material hits the star’s hot surface, it produces a bright, explosive flash, a micronova.

Astronomers advise don’t be fooled by the prefix micro.

Each of the short explosions a micronova generates, Stefanie Waldeck describes, is the equivalent of burning through 3.5 billion Great Pyramids of Giza’s worth of material. To give an idea of the scale of how much fuel each micro explosion is consuming, consider that the Great Pyramids of Giza used more than 2,300,000 blocks, with each block on average weighing 2.3 metric tons (2.5 tons) and multiply that number by 3.5 billion.

Observing from afar, a micronova explosion may be a minuscule twinkle of a star compared to that of a nova or supernova event but nonetheless a powerful force of space.

Simon Scaringi, Durham University (UK), says micronovae may be pretty standard, but they are difficult to catch in action because they are so fast.

There European Space Agency estimates that there are over 100,000 million stars in our galaxy alone. This recent study of micronovae events shared in ESO’s press release helps us understand our night sky a bit better.