'Mites get blamed for a lot of things' says Dr. Henk Braig, but they appear to be evolving to have a symbiotic relationship with us. 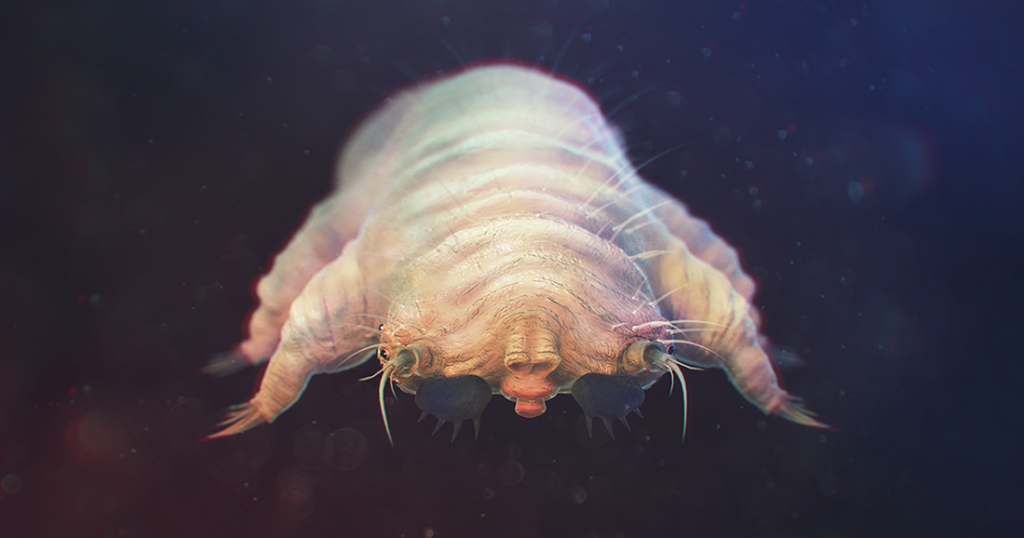 According to a recent study published in Molecular Biology and Evolution, “Human follicular mites: Ectoparasites becoming symbionts,” Microscopic mites that mate on our faces at night may soon merge with humans.

The research provides a comprehensive DNA analysis of mites in all humans’ hair follicles and reveals explanations for their strange mating habits, body features, and evolutionary future.

According to new research findings, microscopic creatures that live in human pores and mate on our faces at night are becoming such simplified organisms due to their unique lifestyles that they may soon become one with humans.

They are passed down in humans from mother to child and are carried by almost every person, with numbers peaking in adult humans as their pores expand. The mites are about 0.3mm long, live in hair follicles on the face and nipples, including the eyelashes, and feed on sebum produced naturally by cells in the pores. They become active at night, moving between follicles in search of a mate.

What else is strange about them?

Right now, most readers are probably trying to get their heads around the fact that scientific research is saying most people have mites on their faces that have sex every night.

Previously, scientists blamed them for causing skin inflammation. Why? Because some researchers assumed that the mites lacked an anus. What does lacking an anus have to do with anything?

Scientists initially thought that these mites must have accumulated all of their feces (the technical term for poo) throughout their lives before releasing it when they die, causing skin inflammation.

However, the new study led by Bangor University and the University of Reading conducted in collaboration with the Universities of Valencia, Vienna, and San Juan; have confirmed that they do have anuses and have thus been unfairly blamed for many skin conditions.

Speaking in defense of the mites, Dr. Henk Braig, co-lead author from Bangor University and the National University of San Juan, stated mites had been blamed for many things. However, because of their long association with humans, they may also play simple but beneficial roles, such as keeping the pores in our faces unplugged.

It is great to know that these mites have now been vindicated by the research of five universities proving that these microscopic creatures have an anus.

Well, at least we know now from this research that it is not an anus-less mite trying to merge with our DNA.

Why would they want to merge with us?

The mites need the melatonin secreted by human skin at dusk. These mites lack UV protection and have lost the gene that causes animals to awaken when exposed to sunlight. This gene reduction is also the cause of their nocturnal behavior. They can also not produce melatonin, a compound that keeps small invertebrates active at night; however, they can fuel their all-night mating sessions with melatonin secreted by human skin at dusk.

The first genome sequencing study of the D. folliculorum mite discovered that their isolated existence and subsequent inbreeding is causing them to shed unnecessary genes and cells, causing them to transition from external parasites to internal symbionts.

Associate Professor of Invertebrate Biology at the University of Reading, Dr. Alejandra Perotti, said that these mites have a different set of genes for their body parts than other similar species because they have adapted to living in pores. These genetic changes have resulted in some unusual physical characteristics and behaviors.

An in-depth examination of the DNA of Demodex folliculorum revealed:

The mites may become human symbionts or otherwise become extinct

The lack of exposure to potential mates who could pass on new genes to their offspring may have set the mites on an evolutionary path that could lead to extinction. This has previously been observed in bacteria living within cells but never in animals.