Mushrooms May Communicate With One Another Using Around 50 Complex Words

According to recent research, mushrooms communicate with each other to exchange vital information about their environment. 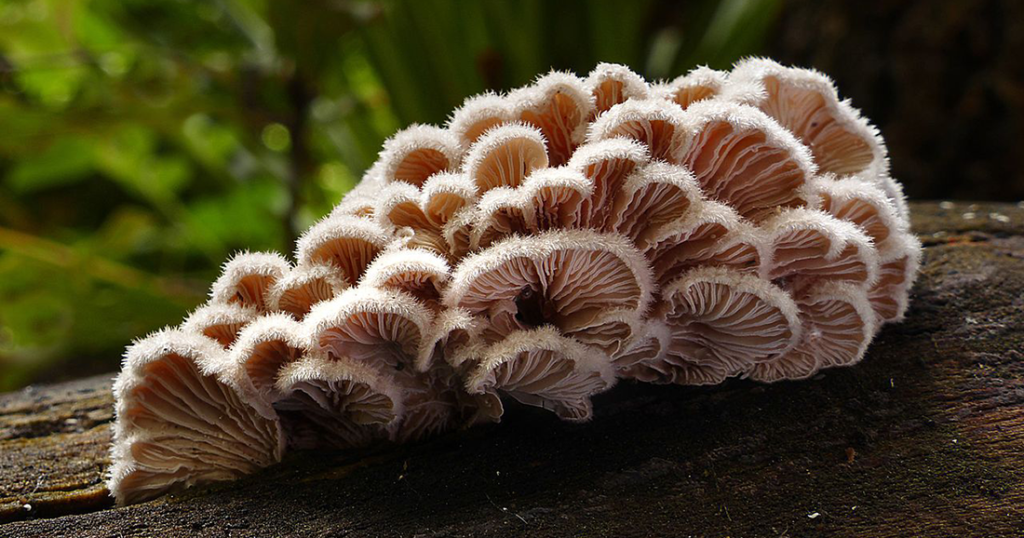 To do this, he inserted microelectrodes into the layer of the mushroom called the mycelia, which is composed of hyphae threads.

Hyphae are long, filamentous, and look like roots.  Mushrooms use them for growth; collectively, they are called the mycelium and are underground.

Adamatzky’s study indicates through recording electrical spike patterns from the hyphae that the hyphae transmit information in a similar way to how nerve cells do in people. He thinks these hyphae could be communicating information about injury or food.

Adamtzky suggests this information communicated through electrical waves is similar to wolves howling, maintaining the pack’s integrity, or reporting newly discovered sources of attractants and repellents.

His experiments are building on previous research that suggested mushrooms send electrical impulses through their hyphae.

Adamatzky’s study speculates that mushrooms are using an electrical language to communicate information with distant parts of the mushroom or with hosts that the hyphae are connected to, such as trees.

After much mathematical analysis of the electrical signals that mushrooms send to one another, Prof Andrew Adamatzky has determined they send patterns that have a structural likeness to human speech.

Adamatzky’s research was recently published in the Royal Society Open Science.  He observed that the mushroom hyphae created clusters of electrical spike activity that looked like vocabularies of up to fifty words. The distribution of these electrical spike word lengths closely matched those of human dialects.

Some mushrooms have more complex languages than others.  Split gill fungi, which grow on decaying wood, generate the most complex “sentences” of all.

Maybe mushrooms are not saying anything after-all?

Adamtzky does concede that there is also another option, and that is the mushrooms are not saying anything at all. It could simply be that the electrical activity occurs, creating different kinds of spikes when mycelium tips pair with different electrodes.

The only thing Adamtzky knows for certain is the spiking events do not appear to be random, but what they represent is unknown.

Brain to computer interfaces for mushrooms

If it is true that mushrooms have a vocabulary as high as 50 words and can communicate in complex sentences using electronic communications,  it is a groundbreaking discovery that will change our perceptions of fungi. Future agriculturalists may be able to control the spread of fungi through electronic communication. We will also be able to know what mushrooms are thinking, in much the same way brain to computer interfaces enable people who have lost their ability to communicate.

However, it could be a while before people know whether they can have two-way communication with a mushroom. The rest of the scientific community needs further convincing.