NASA Uncovers 5,000 Exoplanets, Could Some of Them Harbor Alien Life?

With all the exoplanets out there, it's almost impossible to think we are alone in the universe. 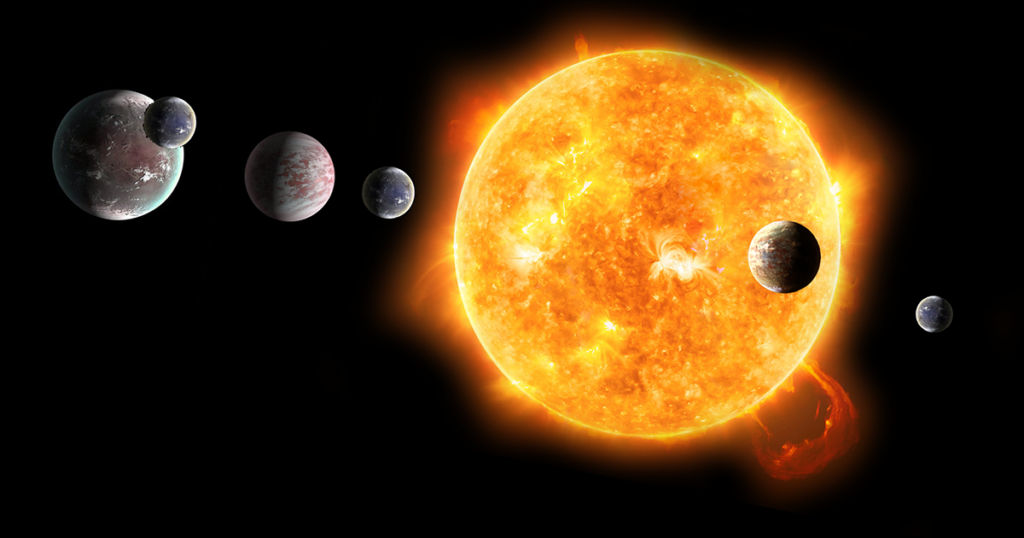 NASA’s Jet Propulsion Laboratory confirmed over 5,000 planets outside our solar system. This is an impressive achievement when you consider that we could only observe planets orbiting in our solar system decades ago. The first exoplanet was discovered on January 9, 1992.

On Monday, March 21, 2022, 65 new exoplanets (Exoplanets means planets that orbits a star outside our solar system) were added to the NASA Exoplanet Archive, reaching new four-digit highs. The archive, which uses multiple detection techniques, collates its data from exoplanet discoveries seen on self-archived and scientific journals.

Earth-like bodies, gas giants larger than Jupiter, and “hot Jupiters” in burning orbits around their stars are a couple of examples of the 5,000+ planets registered so far. There’s also what appears to be called “super-Earths,” with a mass higher than Earth‘s but substantially below those of the Solar System’s ice giants. There are “mini-Neptunes,” which looks a lot like our solar system’s Neptune, only this time they’re relatively smaller. Finally, on the list, you’ll also find circumbinary planets (planets orbiting two stars) and planets orbiting dead stars.

Project Scientist of the NASA Exoplanet Archive and Research Scientist at the NASA Exoplanet Science Institute Jessie Christiansen explained, “It’s not just a number. Each of them is a new world, a brand-new planet. I get excited about everyone because we don’t know anything about them.”

While what she said is true, we know that the galaxy is potentially home to billions of planets like these; it’s only a matter of discovering and exploring them.

Alexander Wolszczan, the lead researcher on the discovery in 1992, said, “Finding just three planets around this spinning star essentially opened the floodgates.” He then went on to add that “If you can find planets around a neutron star, planets have to be basically everywhere. The planet production process has to be very robust.” Until today, Wolszczan, a Professor at Penn State University, still searches for exoplanets.

Just like any other scientific advancement, we did start out struggling. In 1995, we discovered the first planet – a Sun-like star with a four-day orbit around its scorching star. Ultimately, it did turn out to be a hot Jupiter (gas giant) that’s half the size of our solar systems’ Jupiter.

Many later discoveries of other planets were made from ground-based telescopes. They became relatively easy to identify after scientists discovered a rinse-and-repeat method to recognize them. At this time, the most successful method in planet discovery was the “Wobble” method: A proves that involves tracking the back and forth motions of stars caused by gravitational pulls of their planets. However, there were no signs of habitability in the worlds discovered.

Next was finding small rocky worlds that look like ours, using the “Transit” method. William Borucki first introduced the idea realized in the Kepler Space Telescope. He suggested the attachment of light detectors to space telescopes which are expected to stare at fields of stars, identifying slight flickers during planet crossovers.

The Kepler mission, which ended in 2018, would eventually observe 530,506 stars, detecting 2,662 planets while having Borucki as the lead investigator. To date, it’s often seen as the most successful planet hunt ever done.

Commenting on the mission results, Borucki said, “I get a real feeling of satisfaction, and really of awe at what’s out there,” he said. “None of us expected this enormous variety of planetary systems and stars. It’s just amazing.”

Preparations to find more exoplanets that will be habitable

The Transiting Exoplanet Survey Satellite (TESS), launched in 2018, has played a pivotal role in discovering exoplanets. It has been able to identify over 5,000 potential Tess candidate thus far, and over 200 of them has been confirmed.

However, with the James Webb Space Telescope launch, we’re expected to make even further progress in exoplanet discoveries. Although no records of its activities have been publicly published yet, part of its mission is to identify exoplanets with evidence of habitable conditions – a step further in securing humanity’s future.

Nancy Grace Roman Space Telescope, scheduled to launch in May 2027, is designed to search and discover exoplanets using a plethora of techniques, including infrared surveys. Then there’s the ARIEL, a mission to discover 1000 exoplanets scheduled by the European Space Agency (ESA) to commence in 2029.

This significant advancement in space observatory tools will, without question, increase our chances of finding some evidence of life in outer space.

Commenting on the possibility, Wolszczan said, “To my thinking, it is inevitable that we’ll find some kind of life somewhere – most likely of some primitive kind. The close connection between the chemistry of life on Earth and chemistry found throughout the universe, and the detection of widespread organic molecules suggests detection of life itself is only a matter of time.”