NASA’s Big Plan to Bring Mars Samples Back to Earth

Will NASA bring back evidence of life on Mars? 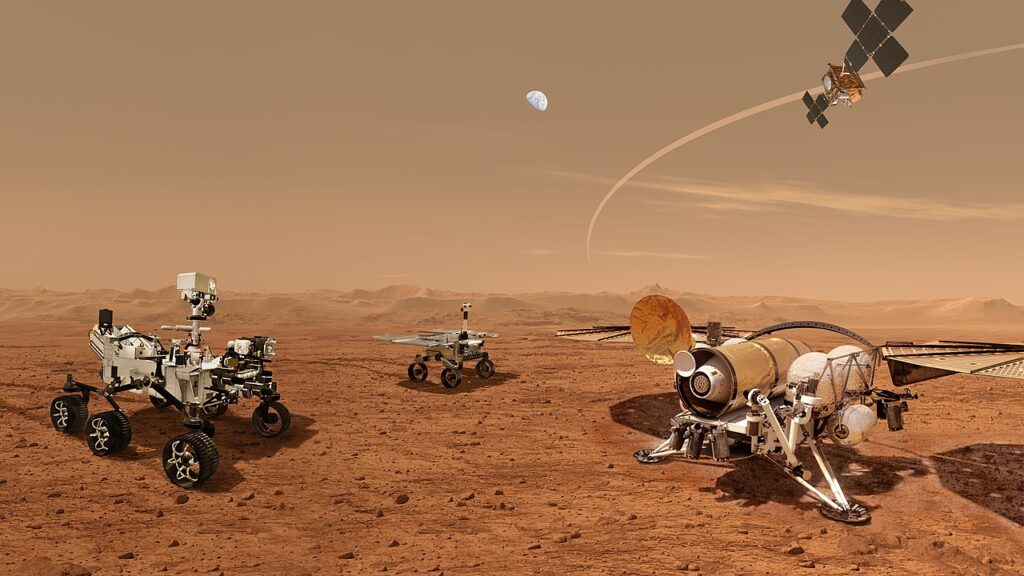 NASA has awarded Colorado-based company Lockheed Martin the contract to build the Mars Ascent Vehicle (MAV). The MAV’s mission will be to retrieve the rock samples that Perseverance has gathered on Mars.

It should be no surprise that Lockheed Martin was awarded the contract to build MAV.  Lockheed Martin is a company that has had a long history of working on NASA projects. Since NASA’s first Viking missions to Mars in the 1970s, Lockheed Martin has participated in every NASA mission to Mars.

Lockheed Martin originally designed the Atlas V rocket, which took the Perseverance Rover to Mars to gather rock samples. Lockheed Martin has won the contract to create the Mars Ascent Vehicle to bring the Mars’ rock samples back.

How will the Mars Sample Return mission be done?

The Mars Sample Return (MSR) mission will be the first space mission in history designed to collect samples from one planet and bring them back to another.

Lockheed Martin has quite a challenge ahead with this first-of-its-kind mission.

‘The MSR mission is set to begin in 2026 and will begin with a rocket launch from the Kennedy Space Center in Florida‘.

What is known about the mission so far is that it may involve sending two spacecraft and another rover back to Mars to arrive in approximately 2028. One of these crafts (an ascent vehicle carrying a rover, which Lockheed Martin has won the contract to build) will land in the exact location on Mars that Perseverance Rover is located, in an area called the Jezero Crater.

While in orbit around Mars, a second spacecraft (Earth Return Orbiter) will meet with the ascent vehicle, take the samples, and then return to Earth.

Georgina Torbet writing for digitaltrends.com, explains, ‘This might sound complicated, but it’s actually easier to design one spacecraft for landing and taking off from a planet’s surface, and another for traveling between planets, than it is to try and build one spacecraft which can do both.’

The gravity on Mars’ surface is much lower than here on Earth at just 0.376 g; an object that weighs 220 pounds (100 kg) on Earth would weigh only 84 pounds (38 kg) on Mars, which makes reaching Mars orbit much easier because a lot less fuel will be required for the Mars ascent vehicle.

Earth Return Orbiter’s second spacecraft is expected to approach Earth in the early-to-mid 2030s. The orbiter will release a small capsule tough enough to withstand high-speed entry into Earth’s atmosphere carrying the samples.

A lot of remarkable first achievements

This mission will be remarkable for a couple of reasons; it will be the first mission to gather rock samples from another planet and bring them back to Earth. The mission will allow scientists to learn about the early evolution of Mars and whether it ever supported microbial life.

The mission will also be a remarkable feat of multi-stage journey planning involving multiple spacecraft and vehicles.

NASA administrator Bill Nelson hints that this inspiring endeavor will be a ‘significant step that will ultimately help send the first astronauts to Mars.’.