The Peregrine lunar lander is the first American-built spacecraft destined to land on the Moon since Apollo 17. 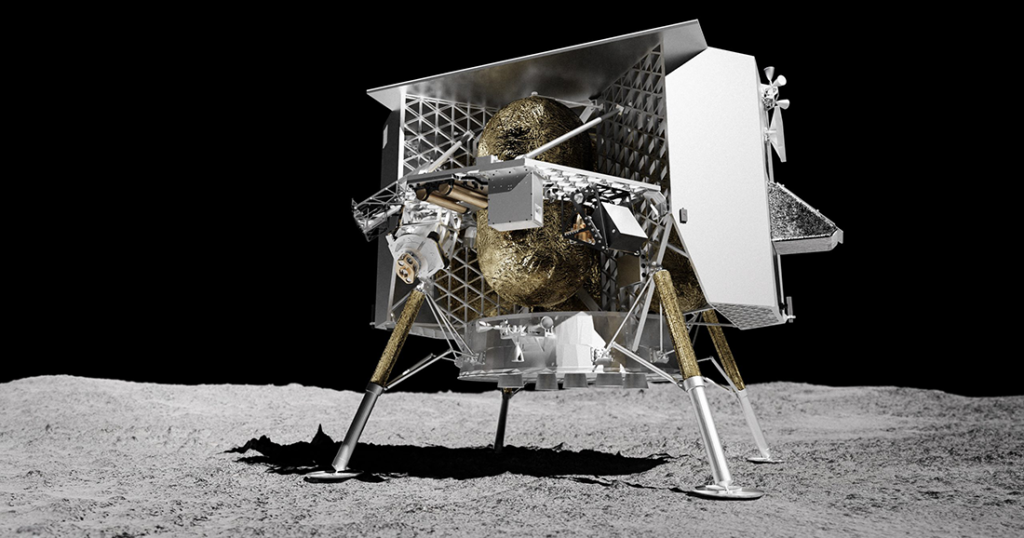 Astrobotic Technology, an American company specializing in space robotics, has recently unveiled its Peregrine lunar lander, which was still under construction, to NASA Administrator Bill Nelson and other members of NASA and Congress visiting their base in Pittsburgh.

The lander still needs two of its fuel tanks, payload deck, engines, and solar panels to be installed. Then it should be ready for its scheduled mission to the Moon at the end quarter of this year.

To ensure none of the craft’s sensitive components were contaminated, the visiting high officials were required to put on hairnets and suit up in white coveralls.

The lander is behind schedule

The CPLS program procured the services of Astrobotic Technology to deliver 24 payloads to the lunar surface, which news sources have indicated cost around $79.5 million.

The payloads will include NASA’S scientific instruments, a rover designed by Carnegie Mellon University, as well as cargo from several other companies. Its unusual cargo also will include cultural messages from people around the world. The payloads which the company says have already been integrated onto Peregrine’s flight decks will soon be installed.

Until now, Vulcan’s inaugural flight, initially set for 2021, was delayed by Astrobotic Technology’s supply chain issues supplying the Peregrine lander. NASA administrator Bill Nelson is used to setbacks with the Artemis program running late and over budget with issues from other contractors, Boeing and Lockheed Martin. It has been a very difficult year for the space industry in general, with less cooperation between America and Russia on international space programs.

John Thornton, CEO of Astrobotic, said, “This lunar lander build is a dream come true,” The completion of the project will represent the fruition of the company’s work. The company was founded 15 years ago. It has taken the significant expertise of hundreds of people to establish the necessary supply chains to bring a space mission to market.

When the craft is completed, it will undergo environmental testing before being transported to Cape Canaveral in Florida to launch at the end of this year and land on the Moon’s Lacus Mortis, a hexagonal-shaped plain.