Astronauts' endurance will be tested to new extremes with NASA's new obstacle course and training program. 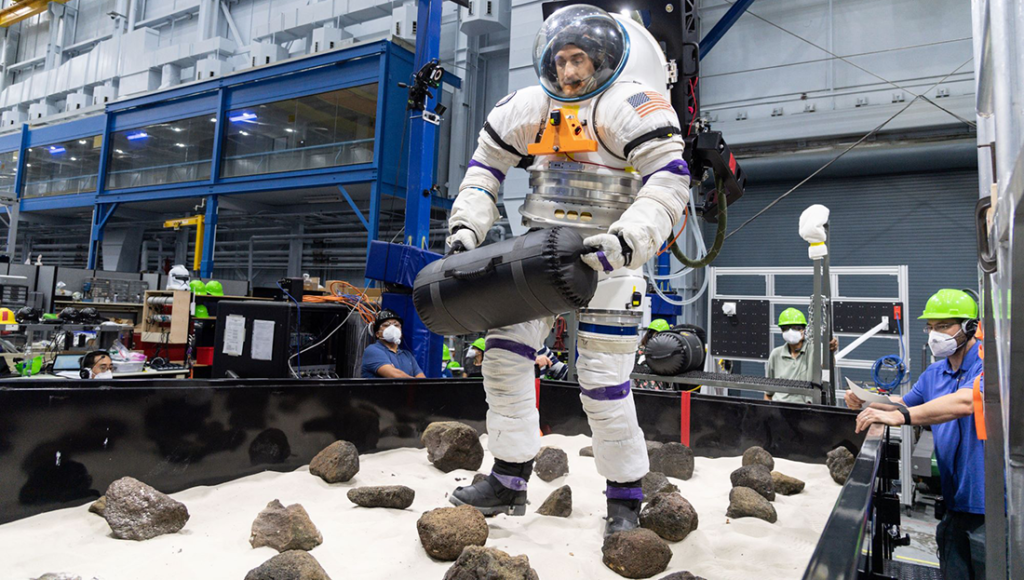 Jason Norcross, a human performance specialist at NASA’s Johnson Space Center, wants astronauts to be prepared for emergency scenarios in space in conditions where they won’t be able to get feedback from operators stationed on Earth.

Norcross leading the scientists working for NASA’s Human Research Program (HRP), wants his team to focus on ensuring that astronauts will be ready to perform the critical tasks required of them when they are on missions in space.

Norcross wants his team to know what allowances should be allowed to make sure astronauts have time to recuperate and are fit to work in space. How soon after landing is it realistic to expect them to be able to physically perform certain tasks?

The training program to evaluate astronaut mission readiness involves NASA experts in Human Physiology, Performance, and Protection.  The Operations Laboratory and NASA’s Neurosciences Laboratory have designed an obstacle course for the astronauts.  Astronauts from NASA SpaceX Crew-2 and Crew-3 have volunteered to be the first astronauts to participate in this training program.

Anyone familiar with travel on boats and planes knows that in some people travel sickness can induce a stiff neck, standing up after being lying down may induce dizziness, and people may feel their legs are wobbly.  These symptoms are amplified with space travel which could be described more like a roller coaster ride.

Astronauts re-adjusting to returning to Earth often report feeling dizzy, lightheaded, nauseous, and off-balance. This is because every part of an astronaut’s body needs to readjust to Earth’s gravity, including their bones, organs, muscles, and inner ear. Astronauts can experience symptoms for several days. This is more intense than the motion sickness that many people experience after being on amusement rides or boats.

Doing an obstacle course after landing from space

On returning to Earth, astronauts usually expect special care for their symptoms.  Much effort is made to ensure astronauts’ good health upon re-entry to Earth. However, in this new training program put together by Norcross and his team, volunteer astronauts’ endurance and mental resolve will be tested to the max. They will be requested to do training tests just a couple of hours after they descend to Earth after returning from International Space Station flights. This will be the moment when they are feeling at their weakest. This will give Norcross and his team better insights into astronauts’ endurance and fitness for work when landing on other planets.

Understanding what can be expected of an astronaut when they are likely to be at their weakest is particularly important to understand in the lead-up to the Artemis Mission (NASA’s next mission to the moon) and future missions to Mars.

How the training program works

Astronauts receive training on the obstacle course before departing to the International Space Station.

They will do the obstacle course before going to the International Space Station (ISS), and their results and feedback will be recorded.

When they return from the ISS, they will be expected to do the same obstacle course again within a couple of hours of landing. Their results and feedback will be recorded, the data from all sessions analysed by Norcross and his team.

Changes in body posture can be very hard for space crew immediately after landing.  People haven’t walked on the Moon since 1972. It is not known if these astronauts will be able to do the obstacles and tasks so soon after landing. Norcross needs to find out to be able to set realistic expectations for future Moon and Mars missions.

What is involved in the training program?

The astronauts practice emerging from a mock landing capsule and a simulated spacewalk on Mars while wearing a spacesuit. During the simulated walk and recorded on video, they will be fitted with sensors to monitor heart rate and energy.

Researchers have spent months developing the first task, which consists of a mock-up space capsule made of lightweight metal tubing. This mock-up space capsule and its portable frame fits inside a large backpack. The astronaut team will practice setting up the mock capsule at an airport close to where the Crew Dragon capsule touches down. Each astronaut will go into the mock capsule, lie down, and the test begins.

During this pre-flight test:

As a pre-flight test, the above is quite easy for them, and most will complete the whole series of tasks within just a couple of minutes.

Post-flight these tasks are going to be challenging, as astronauts who are suffering from feeling dizzy, lightheaded, or nauseated, try and regain their balance, catch their breath, and may even need to take time out to be sick.

It’s not over yet; Norcross and his team then have a second task planned for the astronauts that will take place after astronauts have flown back to NASA’s Johnson Space Center in Houston.

Initially, they will do this in their spacesuit unassisted. Then their suits will be connected to an ARGOS machine (Active Response Gravity Offload System). This machine allows the astronaut to experience a fraction of the Earth’s gravity as the machine pressurizes and hoists the suit. The machine will be set to approximately three-eighths of Earth’s gravity, simulating the gravity of Mars.

This new test is designed to simulate what can happen in space exploration. They will be working with objects low down and with objects high overhead.

During this test, as soon as the astronaut has got their bearings and established that they can walk, they will:

During the tasks, astronauts will give verbal feedback to observers. On completing the tasks, the crew will answer questions about their exertions through each step.

Researchers hope to learn from the pre-launch and after-launch videos to understand areas in which crew members will struggle. After all, there is no margin for error on the hostile surface of the Moon.