NASA Is Suddenly Taking UFOs Seriously; Forms a Special Team to Study Them 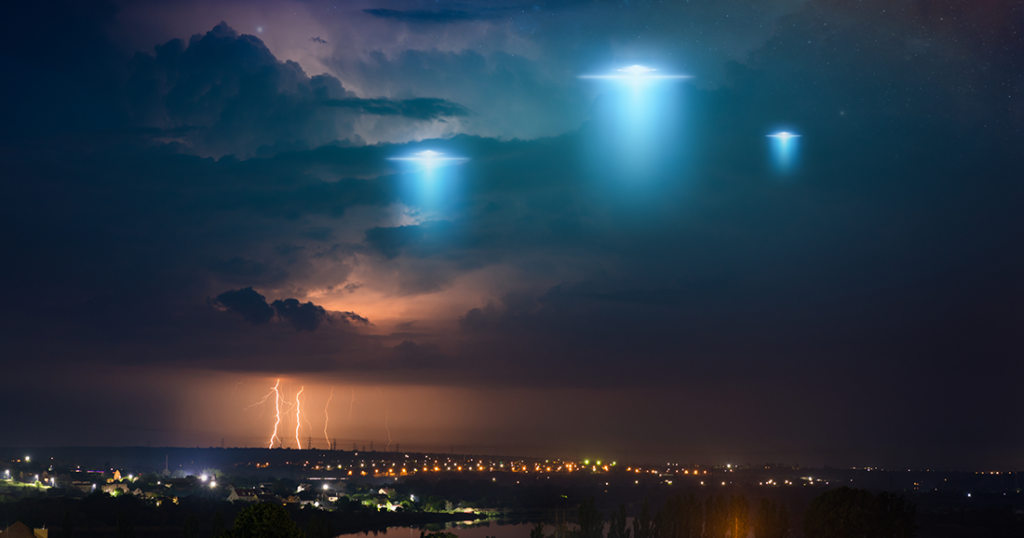 Should government agencies like NASA study UFOs? NASA gets around  $22.6 billion a year from the U.S. government. Should some of that money be spent on UFO investigation?

Until recently, the study of UFOs was left to private individuals and organizations such as:

A US government exception to this would be:

NASA joins the hunt for UFOs, and other government departments step back

Interestingly, last year, the US Navy’s Unidentified Aerial Phenomena Task Force was replaced by the Pentagon’s Airborne Object Identification and Management Synchronization Group (AOIMSG). The US Navy was the first US government department to share previously classified information about UFOs/UAPs. Since 2004, US Navy pilots have reported seeing 144 UAPs, most of which the department thought were probably natural objects.

Now NASA will collaborate with UFO hunters and commission its own independent study. NASA would have skills and expertise in space that other Pentagon departments such as AOIMSG wouldn’t have. Although there is now the United States Space Force, they probably haven’t got the time or the interest in what others would consider the folly of UAP hunting.

Experts such as Michael Masters think that it’s great that NASA, the US Navy, and other groups are starting to get serious about the UFO question but find it strange that the US Air Force, which has been openly looking into this since the 1940s, is now completely silent on the subject.

NASA is getting serious

Thomas Zurbuchen, associate administrator for science at NASA, said at the beginning of June that NASA will commission an independent study of unidentified aerial phenomena (UAP), the new name for UFOs. The goal is to help scientists learn more about UAP.

Astrophysicist David Spergel, who was the head of the astrophysics department at Princeton University, will be in charge of the UAP study team.

NASA has the advantage of looking at Earth from space and seeing many different things. Zurbuchen thinks NASA has the tools and a team to help us learn about what we don’t know about UAPs.

Scientists who are interested in studying UAPs should welcome NASA’s entry into the field as a sign that the time has come for the scientific community to openly study this subject. Experts in the field, such as Robert Powell, a member of the executive board of the Scientific Coalition for UAP Studies, hope that Congress will give money so that all of the academia can study this mystery.

Because NASA doesn’t have many observations, its first job is to get the best data it can. Spergel wants to figure out what data is already available from people, the government, non-profits, and businesses.

Robert Powell, a member of the executive board of the Scientific Coalition for UAP Studies, said that NASA should be praised for being willing to look into UAP.

Powell thinks that NASA will take an exemplary approach to the subject by combining scientific rigor, transparency, and a deep curiosity about this long-standing mystery.

NASA advised not to reinvent the wheel and share information

Powell advises NASA to use the background information that other science groups have gathered and learned about “the pitfalls and successes in studying this subject.” This will make it easier to look more quickly at areas of UAP development that need more scientific input.

Powell would like the new NASA UAP group to think about finding a person who can coordinate data and information sharing with other UAP groups. This will help avoid doing the same thing twice.

UFO / UAP experts think this is a Win-win development

Avi Loeb, who runs Harvard’s Galileo Project, is also happy about the new NASA study. The Galileo Project is a scientific search for evidence of extraterrestrial technological artifacts.

Even before NASA set up its UAP project, Loeb stated that we would likely see evidence of UFOs within the next two years. NASA’s involvement makes this much more likely to happen if UAPs exist.

The Galileo Project is putting together its first telescope system on the roof of the Harvard College Observatory. They are also planning an expedition to get pieces of the first known interstellar meteor, studying satellite data on UAP, and making plans for a space mission to meet up with the next strange interstellar object like ‘Oumuamua when it comes into our solar system.

Loeb recently wrote an essay called “Imitation Is the Highest Form of Flattery,” in which he talked about how he felt about the NASA announcement.

Will NASA being involved mean more money for UAP projects?

Overall, Loeb said, this outcome is satisfying and a “win-win” situation. In the essay, he wrote, “The Galileo Project is likely to get more money from wealthy people and foundations with whom I am in close contact.” “But what’s most important is that the government now agrees with the Project’s story about its scientific mission. As long as the truth is told, who says it doesn’t matter.”

If Loeb is right, the Galileo Project at Harvard College Observatory, the Scientific Coalition for UAP Studies, and other UAP projects like the Center for UFO Studies could get some of NASA’s UAP investigation projects, or at least their work will be taken more seriously, which will lead to more money from private donors and sponsors for UAP investigation as a whole.

In conclusion, over the next few years, there will be a whole bunch of taxpayer, government, and private money thrown into UAP research now that NASA has legitimized it.