Protecting astronauts from galactic cosmic radiation is an essential part of future space exploration. The proposed solutions might surprise you. 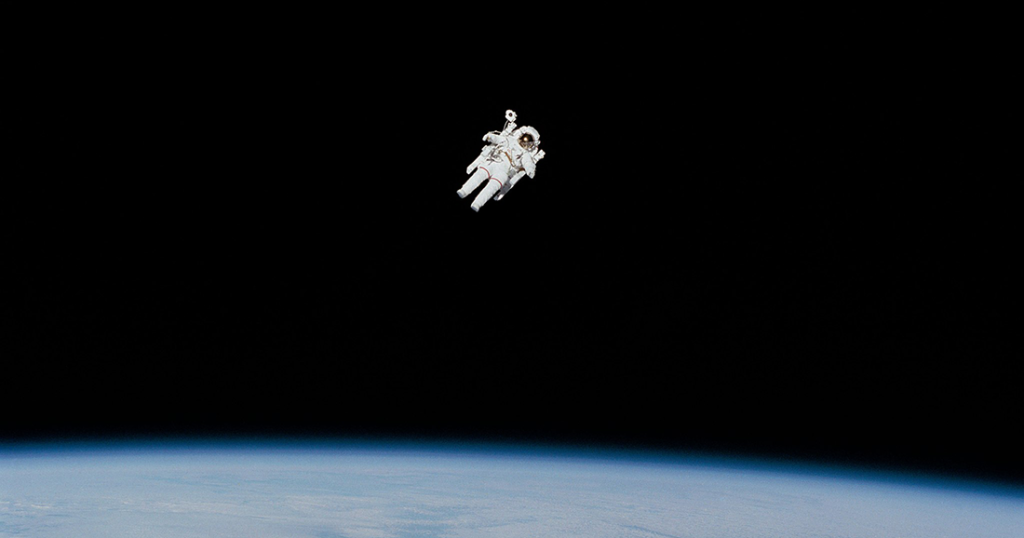 NASA has two departments that focus their work on protecting space missions and its astronauts from the effects of radiation.

The Radiation Effects and Analysis Group (REAG) does many of the same things as SRAG, but for mechanical systems. They work to make shielding and materials that can be used in space that are more effective and last longer.

Radiation comes from different places on Earth and in space. The Earth’s magnetic field traps high-energy particles in the Earth’s radiation belts. These particles can damage electronics we send into space. Radiation in space has higher levels than on Earth.

Constant bombardment from radiation harms human biology that can lead to cancer, cataracts, nerve damage, mutations in the germline, and if the dose is high enough, acute radiation sickness. Beijing Institute of Spacecraft Environment Engineering’s Zicai Shen writes in 2019’s Protection of Materials from Space Radiation Environments on Spacecraft that high-energy particles and photons can cause “temporary damage or permanent failure of spacecraft materials or devices.”

In a recent article for engadget.com, A. Tarantola writes about the roles of different space agencies that are in charge of keeping astronauts safe from radiation, as well as some of the ideas those agencies have been thinking about.

The Space Radiation Analysis Group protects NASA’s personnel from radiation. Space Environment Officers (SEOs) at SRAG are in charge of making sure that astronauts can finish their missions without being exposed to too much radiation.

The average person’s exposure to radiation is about 360 mrems per year, which is 3.6 mSv.

Under International Standards, people who work with and around radioactive materials can be exposed to up to 5,000 mrems per year, which is 50 mSv.

SEOs consider the environmental and situational factors present during spaceflight, such as whether they stay in the spacecraft or go on a spacewalk or whether there is a solar storm going on.

They then combine and model this information with data from onboard and remote radiation detectors as well as the National Oceanic and Atmospheric Administration (NOAA) space weather prediction center to make their assessment.

It is the role of REAG to make sure that people, electronics, spacecraft, and instruments will all be able to survive in the environment they are put in.

REAG instructs mission designers what their space environment will be like based on where they’re going. Mission designers send REAG plans for their instruments, and REAG advises whether the parts are likely to survive, or they run tests to find out.

Dina Contella, Gateway Mission Integration, and Utilization Manager stated that understanding the effects of the radiation environment is not only crucial for understanding the environment where astronauts will live near the Moon, but it will also give NASA essential data that can be used to prepare for even more extensive projects, like sending the first humans to Mars.

The European solution for protecting astronauts from radiation

NASA isn’t the only space agency developing solutions for radiation protection. Researchers at the European Commission’s Community Research and Development Information Service (CORDIS), inspired by Earth’s magnetosphere, which has helped protect the Earth from radiation, have looked into making a magnetosphere small enough to fit on a spaceship. This project is called the Space Radiation Superconducting Shield (SR2S).

The German Aerospace Center and the Israeli Space Agency are also collaborating on the Matroshka AstroRad Radiation Experiment (MARE) focussed on implementing radiation protection on what astronauts wear.

Two of the MARE vests will be put on identical mannequins and sent into space on the Orion unmanned moon mission. On their three-week trip, the mannequins, whose names are Helga and Zohar, will go about 280,000 miles from Earth and thousands of miles past the moon. Their insides are made to look like human bones and soft tissue, so scientists can measure how much radiation they get.

The FLARE suit, protective clothing equipment designed to protect humans from extreme solar radiation when going outside the magnetosphere on future Deep Space missions, is also being developed by the European Space Agency.

Another project NASA is involved in is called the Comfort and Human Factors AstroRad Radiation Garment Evaluation (CHARGE), which is also being done on the International Space Station (ISS). This project focuses less on how well the vest protects against radiation and more on how it fits and feels as astronauts go about their daily tasks.

Radiation protection solutions don’t have to be hi-tech and expensive; others have suggested astronauts can protect themselves with water and poo.

Marco Durante of Germany’s the Technical University of Darmstadt told New Scientist in 2013 that water is a better way to protect against radiation than metals. He advised that the three-atom nucleus of a water molecule has more mass than an atom of metal and is, therefore, better at blocking GCR (Galactic Cosmic Radiation) and other high-energy rays.

Water Wall technology is an excellent middle ground between the discomfort of wearing a lead apron in microgravity and the existential fear of having a mighty electromagnet mess up your brain cells.

The Inspiration Mars mission, which would have sent two private astronauts around Mars in 2018, had planned for the astronauts to poop into bags and siphon out the liquid so it could be used again. The astronauts on this mission would have been required to stack the vacuum-sealed shitbricks along with their food boxes against the walls of the spacecraft to protect them from radiation. This idea hasn’t been tested as the group that ran the Inspiration Mars mission quietly shut down in 2015.

Taber MacCallum, a member of the Inspiration Mars Foundation founded by Dennis Tito, told New Scientist that poo is an excellent radiation shield.

Under the supervision of the Radiation Effects and Analysis Group (REAG), during the next test flights for the Artemis mission, sensors will be put on both the SLS rocket and the Orion spacecraft to measure the amount of radiation in deep space beyond the moon. In particular, the sensors will look at how the levels of radiation change beyond the Earth’s Van Allen Belts. NASA engineers will be able to make better, safer spacecraft in the future thanks to the data and lessons learned from these first flights without people on board.

A. Tarantola writes magnetic bubbles could be used by NASA in the future. Today’s crew and cargo capsules in low Earth orbit might not have their own mini magnetospheres, but tomorrow’s might.

The first people to go to Mars might go there inside an electromagnetic bubble unless NASA finds a way to implement poo protection suits. It looks like NASA’s CHARGE project is focused on what is comfortable, and Europe wants to send astronauts with FLARE. Elon Musk’s astronauts will most likely be dressed in Marvel hero style.