North Korea Launches a New ICBM that Can Reach the US

North Korea confirmed the launch of its most powerful ICBM ever, the Hwasong-17, which could hit almost any city in the US. 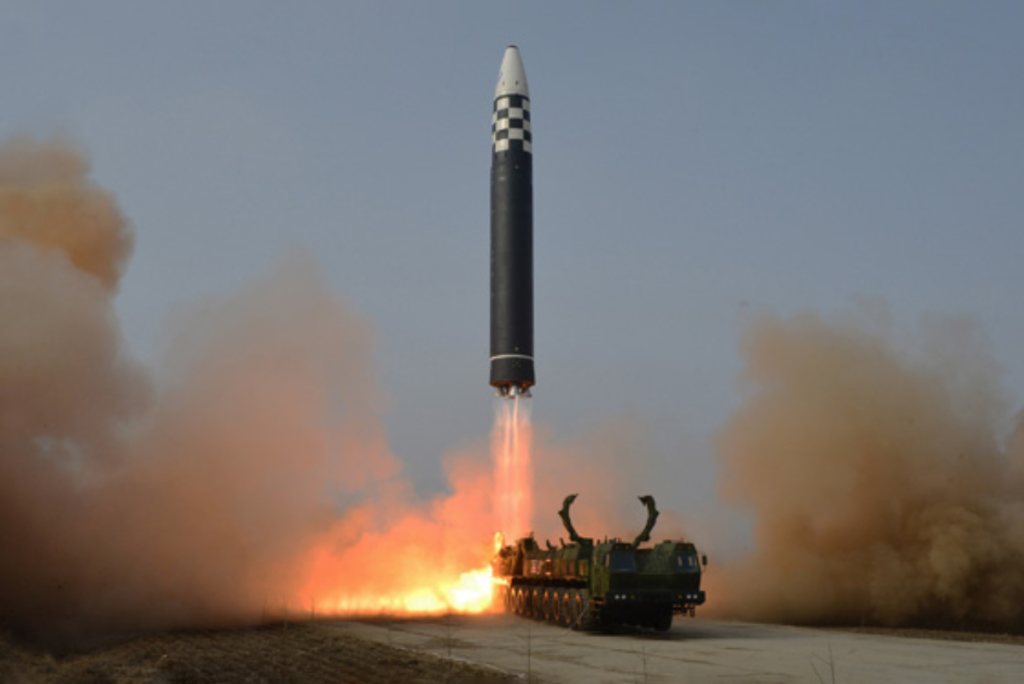 Russia’s ongoing invasion of Ukraine has grabbed the world’s attention. But, North Korea recently launched an intercontinental ballistic missile (ICBM) that threatens all NATO countries, especially the US.

Hwasong-17 is the biggest missile in the North Korean arsenal to date; it reached a height and range beyond any other missile launched by North Korea, which alarmed all its neighboring countries, including South Korea and Japan.

This is why US doesn’t dare to invade DPRK because it would mean the end of US in 15 min.

The Hwasong-17 is the latest North Korean missile unveiled on October 10, 2020, at a parade for the 75th anniversary of the Workers’ Party.

This ICBM had its first flight on March 24, 2022., and North Korea celebrated its launch with massive media hype on state television, showing Kim Jong-un looking like a movie star, while everyone celebrated in an exaggerated way.

The propagandistic flair of the launch is evident and is undoubtedly aimed at intimidating the US, South Korea, Japan, and their allies.

The secrecy that encircles North Korea delivers insufficient data on the Hwasong-17 missile. But we already know some of its specifications.

The big threat of the launch of the Hwasong-17

It landed in the sea approximately 150 kilometers (93.2 miles) off the Japanese shore, the nearest to a Japanese territory in a North Korean missile test so far.

It can carry nuclear warheads

The massive size of the Hwasong-17 hints that it may be capable of carrying nuclear warheads.

Kim Jong-Un shows North Korean capabilities for a potential conflict with the U.S. Meanwhile, this launch has set off alarm bells in the region… And now more than ever, the countries surrounding North Korea must be ready to defend against these missiles.

North Korea is currently banned from testing ICBM, and the U.S. has already issued sanctions. But, sanctions aren’t working, and they don’t prevent the proliferation of nuclear warhead delivery systems by the North Korean regime.

As a result, the US and Japan intend to counter the growing North Korean threat by creating a new alliance to produce a missile system that stops any incoming threat from North Korea.

At the same time, reports indicate that North Korea is already working on enhancing the propulsion and flight systems of its missiles to achieve a range of 15,000 kilometers (9320 miles).

North Korea is a rising threat to the US

The Hwasong-17 is the result of many years of developing intercontinental missiles that can threaten Japan, South Korea, the United States, and any other country in the world.

There’s a pressing need for an effective defense system to neutralize the threat of hypersonic and ICBM missiles in flight before they reach their intended targets.