The Oscar II-class submarines were created in direct response to the US Navy carrier fleets. 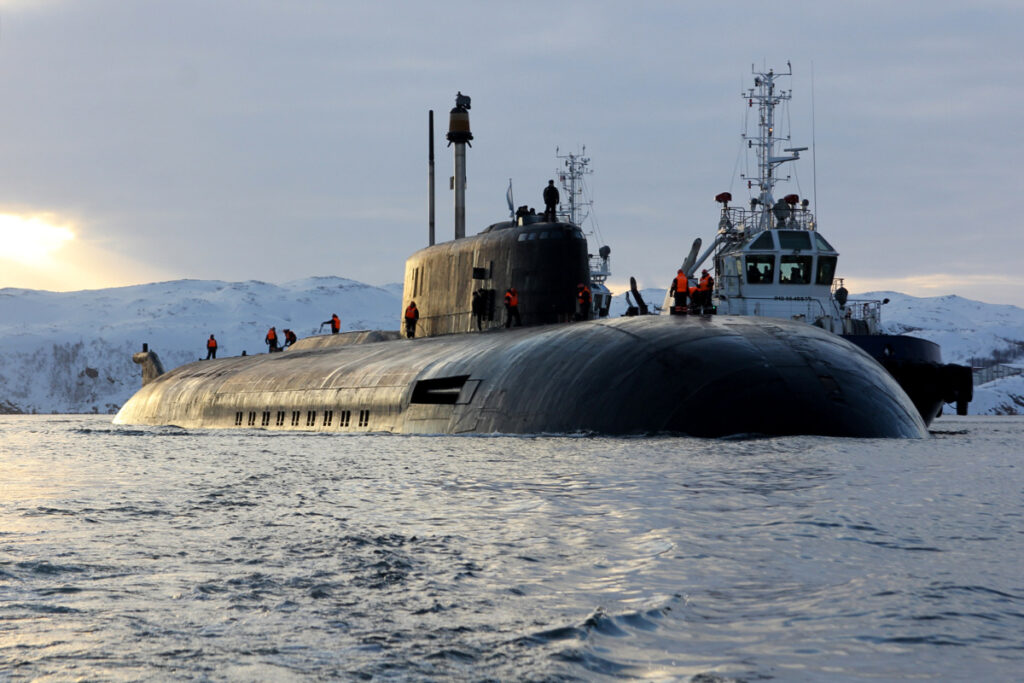 The Oscar II-class submarine is one of the most powerful submarines in the world. It was designed to knock out the US and its allies’ aircraft carriers with their powerful Granit missiles.

However, this class of submarines hasn’t been engaged in actual combat – and many of its units are in poor condition; some have been refitted and some scrapped.

Nevertheless, they are still deadly submarines that could easily do a great deal of damage to any navy in the world.

The Oscar II-class submarines entered production in 1975 and have been in service with the Russian Navy since 1980.

These submarines are an impressive feat of engineering and a powerful weapon in the Russian Navy’s arsenal. With its ability to launch nuclear missiles and track enemy submarines, the Oscar II poses a serious threat to any country that attempts to attack Russia.

The Oscar II-class are dangerous submarines that shouldn’t be taken lightly. They were specifically designed to attack US carrier battle groups leveraging their long-range P-700 Granit anti-ship missiles.

This anti-ship cruise missile is one of the largest in the world. The Granit is primarily intended for use against aircraft carriers and large warships, and can seriously damage an aircraft carrier.

It is quite a long-range missile as it can travel up to 625 kilometers (388 miles) at supersonic speed (Mach 2.5+). The missile’s primary disadvantages are its size and complexity, which make it difficult to deploy and maintain.

In any case, they are a threat to any vessel currently in combat service.

Of course, overcoming the huge barrier of the battle carrier group would be really hard… and the aircraft carrier defense system is expected to neutralize missiles like this anyway.

The Kursk: The most famous Oscar II-class submarine

18 years ago, on 12 August 2000, the tragedy of the Kursk submarine: 118 crewmen perished. RIP. Solidarity with their families, friends and all submariners in the world. #Kursk #Russia #Submarine pic.twitter.com/5vPjF1lDww

On August 12, 2000, the Russian submarine Kursk sank to the bottom of the Barents Sea, taking the lives of all 118 crew members.

It was a tragic event that placed a spotlight on the shortcomings of the Russian navy – and particularly, on this type of submarine.

The official investigation concluded that the Kursk sank due to an accidental torpedo explosion.

Unfortunately, this fact is not surprising knowing the conditions in which the units of the Russian Navy are. Its own aircraft carrier is in unusable condition and many other Russian ships are still in operation but in deplorable conditions.

However… one of these submarines is highly modernized: the Belgorod.

The Belgorod represents the next generation of Russian nuclear-powered attack submarines. It is the mother ship of mini-submarine that can be used to plant mines or conduct reconnaissance missions.

Additionally, the vessel is designed for special operations and can carry both nuclear-tipped cruise missiles and submersible unmanned vehicles.

Despite their age, they are still lethal submarines

The Oscar II-class submarine fortunately never entered combat. However, they have been victims of the time and the lack of maintenance.

In any case, they continue being lethal submarines. They are armed with a quite powerful missile which can sink any ship of any navy… and for that reason, it’s a good idea to take these submarines seriously despite their age.