A team of paleontologists unearthed a new species of land predator on the Isle of Wight - and it's the largest one in Europe yet. 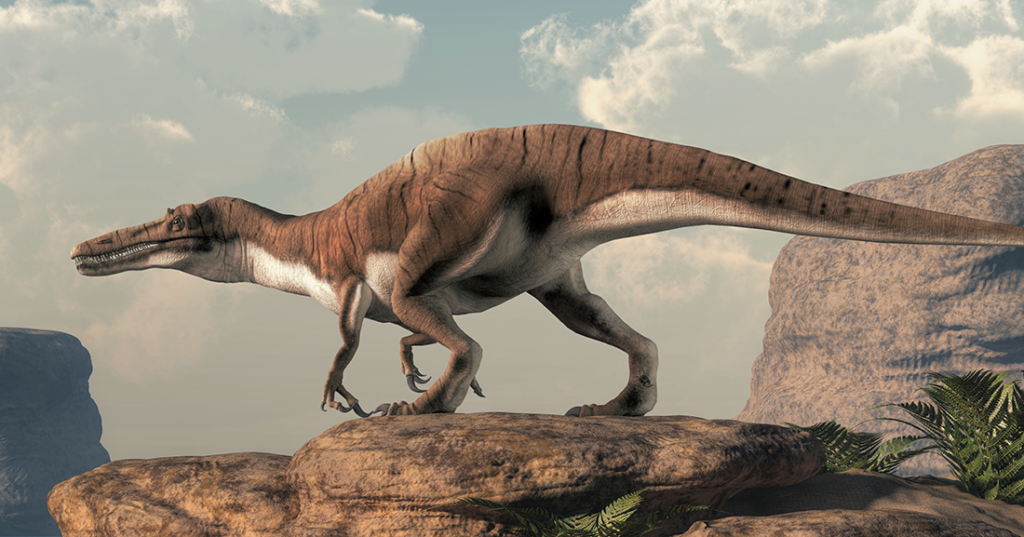 Paleontologists believe that the dinosaur measured over 10 meters (33 ft) long and was possibly larger than any other found in Europe based on the partial remains.

Paleontologists concluded that it belonged to a genus of dinosaurs known as “spinosaurus” (the most well-known dinosaur predators), which lived around 150 million years ago in Europe and grew to be roughly 15 meters (50 feet) long. Details of the fossils, which are on display at Sandown Dinosaur Isle museum, have been published in PeerJ Life and Environment.

“This was a massive beast, measuring over ten meters in length and weighing many tonnes. According to some of the proportions, it appears to be one of the largest carnivorous dinosaurs ever discovered in Europe, if not the largest,” said Chris Barker, a Ph.D. student who conducted the investigation. “It’s embarrassing that we just have a tiny bit of information, but it’s enough to prove it was a massive beast.”

Several prehistoric bones discovered in Compton Bay on the Isle of Wight’s southwestern shore and housed at the Dinosaur Isle Museum in Sandown belonged to spinosaurids, a type of two-legged, crocodile-faced carnivorous dinosaur. Spinosaurus is the largest known spinosaurid, dwarfing even the terrifying T. rex.

The paleontologists have given the newly described dinosaur the name “White Rock spinosaurid” in honor of the geological strata in which the bones were discovered due to the partial nature of the remains. The ‘White Rock spinosaurid’ bones were discovered in Compton Chine, on the Isle of Wight’s southwest coast, and comprise massive pelvis and tail vertebrae, among other fragments. According to paleontologists, it does not appear to be a member of any previously known species.

While dinosaurs were land-based animals, spinosaurus is known to have spent a significant amount of time in or near water, with fish accounting for a substantial component of their diet. It’s unknown if they caught fish or ate them when they washed ashore on shorelines.

The ‘giant killer’ was a member of the spinosaurids, the earliest dinosaurs known to swim, and hence could have hunted both on land and in the water. The Vectis Formation, which dates back 125 million years, marks the beginning of a time of rising sea levels when the ‘White Rock spinosaurid’ hunted for food in lagoonal waters and sandflats so that the animal would have lived at the beginning of those periods.

Comments from individual paleontologists about the dinosaur

According to University of Southampton paleontologist and research corresponding author Neil Gostling, “the newly identified dinosaur could grow to be as long as a T. rex.”

Paleontologists may be able to learn more about this dinosaur’s place in the spinosaurus family tree by studying its teeth.

“This is a monster,” Gostling stated. “Let’s hope there are more fossils uncovered. A skull or a set of teeth would be ideal.”

He explained that the species eroded out of the Vectis Formation, which is infamous for being devoid of dinosaur fossils. “It’s most certainly the youngest spinosaurus material ever discovered in the UK,” Gostling stated.

The new animal remains, according to Darren Naish, a paleontologist and study co-author, “bolstered the team’s prior claim published last year that spinosaurid dinosaurs originated and diversified in Western Europe before becoming more widespread.” “We haven’t given it a proper scientific name because it’s just known from fragments at the moment,” said co-author Darren Naish. “We’re anticipating for more remains to be unearthed soon,” he remarked.

The species apparently supported a variety of scavengers and decomposers even after it died, according to marks found on the bones, including tunnels carved through a portion of the pelvic bone. Jeremy Lockwood, a Ph.D. student at the University of Portsmouth and the Natural History Museum, said the perforations in the pelvic bone were the size of a finger and could have been produced by scavenging beetle bone-eating larvae.

“One of Britain’s most renowned dinosaur hunters, Nick Chase, tragically died just before the Covid epidemic,” said co-author Jeremy Lockwood, a Ph.D. student at the University of Portsmouth and Natural History Museum.

“I was searching for dinosaur fossils with Nick when we found a lump of the pelvis with tunnels the size of my index finger bored into it. They were most likely created by scavenging beetle bone-eating larvae. The idea that this giant killer became food for a variety of insects is intriguing.”

The Isle of Wight has become one of Europe’s most important dinosaur-remains hotspots. The dinosaur lived in a lagoon that was also home to plant-eating dinosaurs and flying reptiles known as pterosaurs.

Last year, the same team of paleontologists announced the discovery of two more Cretaceous spinosaurs on the Isle of Wight, each measuring about 9 meters (30 feet). These discoveries, together with the most recent, support their theory that spinosaurus evolved and diversified in Western Europe before spreading abroad. But it’s not simply the size of these discoveries that are intriguing; it’s also where they’re discovered.

“This latest research backs up our prior results that Europe is a key place for spinosaurus diversity,” Barker added.

In the near future, paleontologists intend to produce thin sections of the material to examine microscopic internal features of the bones, which could reveal information about its growth rate and age.