A new study suggests that the brain-altering parasite Toxoplasma gondii may actually have an unexpected benefit for its human host. 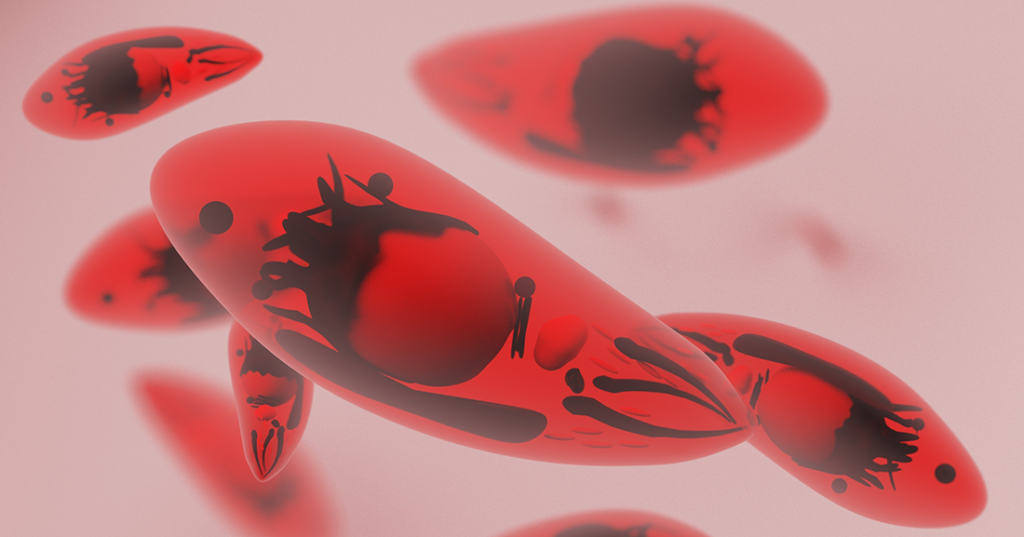 A study has revealed that a brain-hijacking parasite known as Toxoplasma gondii (T. gondii) can make its carriers more attractive. The widespread protozoan is thought to infect any warm-blooded animal, including humans, and it’s known to live in the brains of about 50% of the global population.

T. gondii was once thought to be completely harmless to humans, but current research suggests they may affect human behavior as well as that of many other animals.

A few things to know about T. gondii

T. gondii has been linked to many neurological issues, including psychosis and schizophrenic episodes, and scientists keep uncovering more bizarre side effects of the infection. It infects both humans and animals globally. While cats are the only known definitive host where it reproduces sexually, all other birds and mammals serve as intermediary hosts for the parasite where it replicates asexually.

In most cases, humans become infected after consuming undercooked meat with tissue cysts. Other ways to become infected include the intake of oocyst-contaminated water or food or touching soil samples and cat litter containing cat feces. The parasite causes no symptoms in healthy humans, but pregnant women should avoid cat litter boxes because T. gondii can cross the placenta and kill a growing fetus.

In a new study reported in PeerJ, researchers found that carriers of the parasite (both men and women) were ultimately rated as more attractive and healthier than uninfected people. It might sound improbable and bizarre. But scientists claim that the phenomenon could make sense from an evolutionary biology viewpoint.

T. gondii infection appears to cause many neurological changes in its hosts. Researchers believe that some of these alterations may occasionally benefit infected animals, which could, in turn, benefit the parasite by aiding its own transmission prospects.

In a recent study led by the first author and biologist, Javier Borráz-León from the University of Turku in Finland, the scientists stated that Toxoplasma-infected male rats were viewed as more sexually appealing and were favored as sexual partners by non-infected females.

Many studies have explored if similar effects might be observed in human T. gondii infections. Although the evidence is mixed, some evidence suggests that infected males have higher testosterone levels than non-infected men.

Males with higher testosterone levels may be more likely to become infected with the parasite in the first place due to the hormone’s association with risk-taking behavior. Alternatively, the parasite may be able to change its host’s phenotype by manipulating chemicals in its body, such as neurotransmitters and hormones, for its own subsequent needs.

“These alterations could have far-reaching consequences,” Borraz-Leon and his colleagues believe.

To evaluate the hypothesis, researchers compared 35 participants (13 women, 22 men) infected with T. gondii against 178 people (92 women, 86 men) who were not parasite carriers for self-perceived attractiveness, number of minor ailments, number of sexual partners, body mass index (BMI), handgrip strength, mate value, fluctuating facial asymmetry, and facial “width-to-height” ratio. All the subjects, including those infected, were healthy college students who had their blood tested for another T. gondii research. In another experiment, a set of an independent group of 205 raters (59 men and 146 women) assessed the attractiveness and perceived health of facial pictures of Toxoplasma-infected and non-infected subjects.

After a series of tests involving the participants, including surveys, physical measures, and visual assessments, the researchers discovered that Toxoplasma-infected men had much less face fluctuation asymmetry than non-infected people – a measure of divergence from symmetrical features with lower asymmetry levels (i.e., higher symmetry) being associated with improved physical health, good genes, and attractiveness, among other things.

The set of 205 volunteers found that the infected participants appeared to be both more attractive and healthier than the non-infected participants. According to the findings, the researchers say T. gondii infection may produce alterations in facial symmetry in its hosts due to changes in endocrinological variables such as testosterone levels. Furthermore, the parasite can influence the metabolic rate of hosts, stimulating infected people in ways that affect their impression of health and attractiveness.

The results recommend that some sexually transmitted parasites, such as T. gondii, may cause changes in the human host’s appearance and behavior, either as a by-product of infection or due to parasite manipulation to accelerate its spread to other hosts.

It’s all speculation at this point. The team acknowledges the possibility of other interpretations, including the idea that highly symmetrical, attractive people can somehow afford the physiological expenses related to parasitism, which are regarded as a health risk in other ways.

It’s impossible to say for sure which interpretation is accurate based on this singular study. However, the researchers concede that the small sample size of their experiment is a limiting factor for its statistical analysis. As a result, a larger-scale investigation with more participants will be required in the future to validate or refute their overall hypothesis.

The researchers, however, suggested that maybe this baffling parasite isn’t our enemy after all.

“It’s likely that T. gondii and some of its intermediate hosts, such as humans and rats, have non-pathological and potentially beneficial relationships. The relationship may be the result of co-evolutionary strategies that benefit, or at the very least do not harm, both the host and the parasite,” the researchers write.