Have you ever wondered why your face is getting older faster than the rest of your body? Could it be because of how long you stare at your phone's screen every single day? 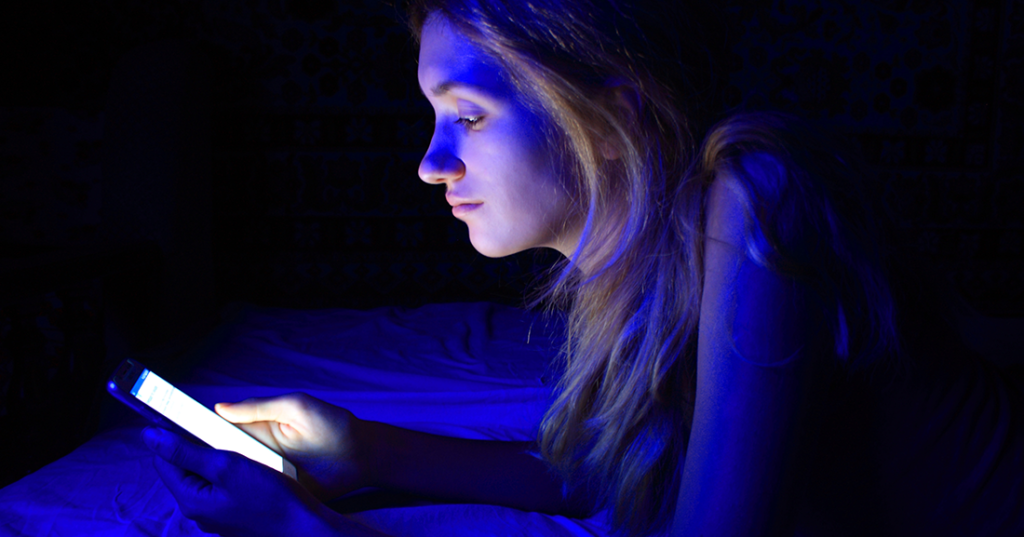 Unfortunately, we hate to say this. But the way you are reading this article might be making you older. We often hear that using smartphones for extended periods is bad for us.

And now, a new study by scientists at Oregon State University suggests that being exposed to your phone’s or laptop’s blue light may have negative impacts on your body and can potentially hasten the aging process.

The research, which was reported in an article published on Wednesday in the journal Frontiers in Aging, claimed that the light changed the levels of the metabolites in the insects. This suggests that blue light may also hasten human aging.

“LEDs have replaced incandescent bulbs as the primary illumination source for screens, including those on computers, phones, and televisions. As a result, Jadwiga M. Giebultowicz, an integrative biologist at OSU and a co-author of this study, said that “people in advanced cultures are exposed to blue light through ‘light-emitting diode’ lighting during the majority of their waking hours.”

There is a chance that blue light will harm people, she noted, “given the similarities between the signaling chemicals found in human and fly cells.”

For the study, the researchers used fruit flies to test the effects of blue light on aging. According to Giebultowicz, the team compared the levels of metabolites in fruit flies exposed to blue light for 14 days to those kept in complete darkness to understand why and how high-energy blue light causes rapid aging in fruit flies.

A substance termed metabolite succinate, which aids in the production of energy (commonly known as ATP) for cells to develop and operate normally, appears to be spiked specifically in fruit flies by blue light.

Additionally, it reduced levels of glutamate, a chemical that facilitates successful neuronal communication.

According to Jun Yang, the study’s main author, an integrative biologist at OSU, “ATP is known to be lowered in the natural aging process, and here we see that it’s reduced in young flies exposed to blue light.” “Second, blue light-exposed flies exhibit signs of brain neurodegeneration, a symptom of aging. These findings collectively imply that blue light hastens the aging process.”

What the researchers discovered

The team’s study revealed that blue light exposure activated stress-protective genes in fruit flies. It was discovered that fruit flies kept in constant darkness were found to live longer.

“Another worrying discovery was that chemicals necessary for neural connections, such as glutamate, are at a reduced level after exposure to blue light.”

“We’re the first to show that differing levels of specific metabolites exist in blue light-exposed fruit flies. According to our research, limiting exposure to too much blue light may be an effective anti-aging measure.”

These substances are created or utilized when the body breaks down items like medications, food, chemicals, or anything you put in your body. They are chemicals that are essential for cells to function correctly.

According to the study, exposure to blue light significantly altered the concentrations of metabolites in the fly heads’ cells. The researchers discovered that glutamate levels decreased while succinate levels rose.

The production of the fuel needed for each cell’s development and function depends on succinate. Giebultowicz explained that high levels of succinate after blue light exposure are akin to buying gas at the pump but not getting in the car.

The implications of the study

What the researchers discovered suggests that the light emitted by smartphones and other devices may affect our fundamental cellular processes.

According to Dr. Jadwiga M. Giebultowicz, senior author of this study and professor of Integrative Biology at Oregon State University, “excessive exposure to blue light from everyday devices, such as TVs, laptops, and phones, may have detrimental effects on a wide range of cells in our body, from the skin and fat cells to sensory neurons.”

The results of this study may indicate that blue-light exposure impairs cell function and hastens cell death. If people are exposed to excessive amounts of blue light, this could result in accelerated aging.

The limitation of the study

Although the results of the study provide some insight into how blue light affects people, they do not provide a perfect comparison. Hence, the team is aiming to carry out additional research on human cells.

Giebultowicz explained that cellular damage may not be as severe in people as it is in flies since we are exposed to less intense light than flies.

What to expect from future research

Future studies involving human cells are recommended in light of the study’s findings to determine whether excessive exposure to blue light in human cells causes a similar change in metabolites involved in energy production.

“Since the results are not conclusive, Yang argues that additional research is necessary to determine whether and how blue light impacts cells. “The light used on the fruit flies had to be intense to understand the mechanisms underlying its effects,’ she continued.

Humans may experience less severe cellular damage because of their lower exposure to bright light, according to Yang. It will be necessary to research human cells in culture to determine whether exposure to blue light similarly alters metabolites.

Recommendations by the research team

For now, the team advises that we limit our exposure to blue light as much as we can to stay healthy—or at the very least, keep looking young.

Without studying human cells, it is challenging to create recommendations for a healthy quantity of screen usage. But according to our study, decreasing the amount of blue light that screens generate is more crucial than doing so,” Yang added.