“I don’t think the human race will survive the next thousand. years, unless we spread into space. There are too many accidents that can befall life on a single planet. But I’m an optimist. We will reach out to the stars.” – Stephen Hawking. 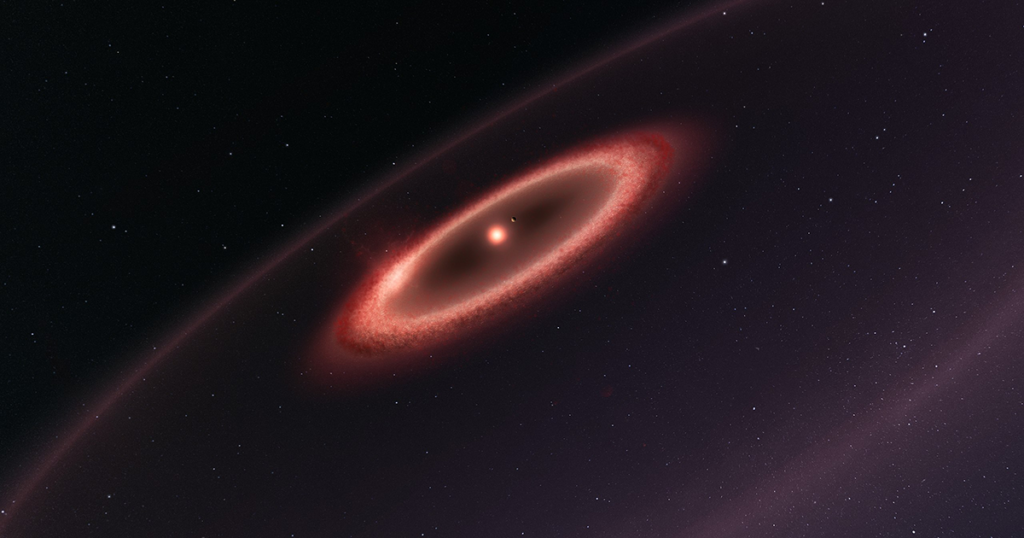 Scientists have recently discovered planet, which they have named Proxima d.  The exoplanet Proxima d orbits a star called Proxima Centauri. The discovery is significant because it is ‘one of the smallest exoplanets ever detected, and the smallest detected by observing the exoplanet’s gravitational effect on its star.’

In the search for habitable planets, scientists have become particularly interested in Proxima Centauri is a small red dwarf star which is the closest star to the Sun.

Planets that orbit around other stars are called exoplanets.

From observing the fate of other exoplanets, our scientists know that one day our planet may not be habitable anymore.

To put the travel distance in some context, it takes six months to send a Rover vehicle by rocket from earth to Mars, which is only 12.7 light minutes away from our sun. There is no practical way for humanity to reach planets over four light with current technology years out anytime soon!

Given that Proxima d is about a tenth of the distance from its own star, compared to Mercury and our sun, ‘That sadly means that it is too close to the star to be hospitable to life as we know it; even a cool red dwarf would give off too much heat to support liquid water on the surface of an exoplanet so close.’

Even if it was later discovered that atmospheric conditions of a red dwarf star such as Proxima Centauri later became cooler (in a billion years, it might not be so hot), the exoplanet Proxima d is about a quarter of the size of planet earth, so not necessarily the best candidate to migrate the Earth’s population to.

What else is near Proxima Centauri?

Another planet orbiting Proxima Centauri is called Proxima c, which is approximately six times the mass of Earth, and on a 5.2-year orbit; too cold to be habitable.

Proxima b which also orbits Proxima Centauri is the best bet for habitability, ‘Proxima b is a 1.3 Earth mass planet orbiting its star at about 1/20th of the Sun-Earth distance, which places it well within the so-called Habitable (Goldilocks) Zone. It receives an amount of energy from its central star that is about 2/3 of that received by the Earth from the Sun.’ However the exoplanet Proxima b is currently considered to have ’60 times more high-energy radiation than the Earth’ and is speculated what may happen with liquid in the planet’s atmosphere.

How was Proxima d discovered?

When scientists were observing Proxima Centauri and discovered Proxima b in 2020 using radial velocity methods, ‘there seemed to be something orbiting the star on a five-day period. The signal was so faint, however, that more observations were required to try to work out if it was an external influence or if the fluctuations in light were emanating from internal processes in the star itself.’

This year the team studying Proxima b determined an other exoplanet which they named Proxima d, was causing the Proxima Centauri to move back and forth at just 40 centimeters (16 inches) per second.

Radial velocity technique may reveal thousands of other exoplanets

Michelle Starr writes, ‘Just 36 exoplanets of the 32,073 recorded on the Exoplanet Archive are less massive than Earth.’ The recent discovery of Proxima d using radial velocity technique may suggest that the lack of smaller exoplanets on the record so far ‘could simply be a result of our existing inability to reliably detect them – and that finding them is simply going to be a matter of time and technology.’

Proxima Centauri by ESO/M. Kornmesser under CC BY 4.0