How to Stop a Planet-Killer Asteroid? Pulverize It, Say Astronomers 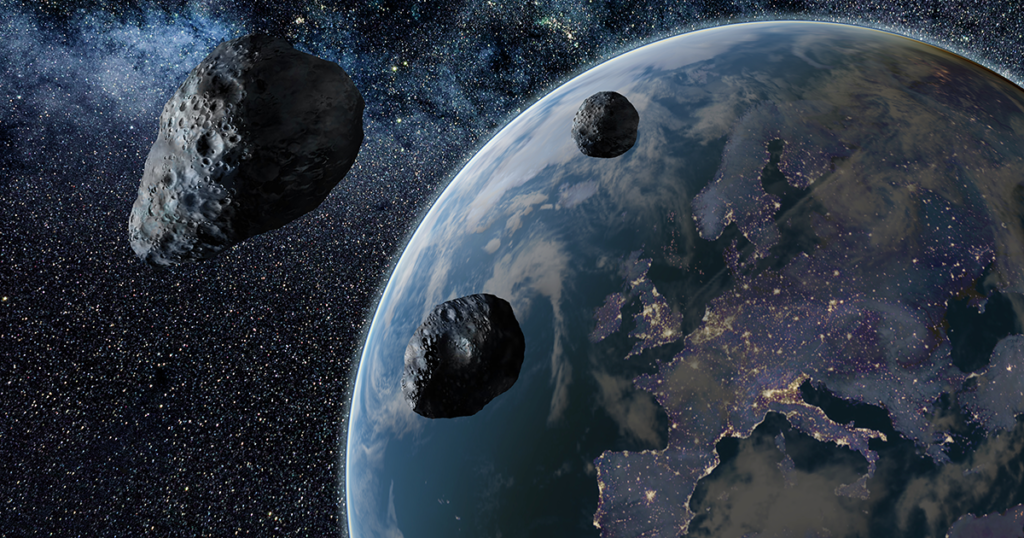 According to Wikipedia, ‘An estimated 25 million meteoroids, micrometeoroids, and other space debris enter Earth’s atmosphere each day, which results in an estimated 15,000 tonnes of that material entering the atmosphere each year.’  We don’t need to be concerned about most of these asteroids as they burn up in the atmosphere and do little to no damage. However, two dangerous asteroids impacting earth in the last 113 years have attracted significant historical mention; they include the Tunguska event (1908 ) and the Chelyabinsk meteor (2013).

Professor Philip Lubin isn’t a name that most of us would know. Still, luckily for us, planetary defense from asteroids such as the Tunguska event and the Chelyabinsk meteor is at the top of this professor’s mind, and scientists like him.

Lubin’s idea is to create a device system that he calls the PI-Terminal Defense for Humanity. The PI stands for Pulverize It; it is an idea we can only hope will never be necessary to be used in our lifetime.

The essence of his idea is a simple one is to create a device that would pulverize an approaching large asteroid into smaller debris of 15 meters / 49 feet or less which would then burn up in Earth’s atmosphere.

Why do we need a system to pulverise asteroids?

Anyone doubting the need for an asteroid defense system should stargaze in the year 2029 and pray that the asteroid floating above them doesn’t get pulled in by Earth’s gravitational pull.

Apophis is estimated to be about 1,100 feet (340 meters) across with a weight of four gigatons.  You will be able to see it with the naked eye.

The asteroid won’t impact the Earth in 2029; however, scientists are concerned that ‘if it passes through what’s called a “gravitational keyhole” during its 2029 flyby, it could be nudged enough that it could strike Earth on the subsequent flyby‘.

At an estimated 340 meters Apophis is 124 meters (409 feet) longer than the height of 270 Park Avenue, the tallest building ever demolished in New York.

At 1,100 feet, Apophis is nearly double or treble the estimated size of the asteroid that caused the Tunguska event, which happened on June 30, 1908.  According to Wikipedia, researchers estimated that the Tunguska meteor likely measured between 328 and 656 feet and flattened an estimated 80 million trees over an area of 830 square miles of forest.

Most smaller asteroids burn up before reaching the Earth. However, a 56-foot asteroid (Chelyabinsk meteor) exploded above Russia in a meteor airburst on 15 February 2013, creating ‘panic among residents and about 1,500 people were injured seriously enough to seek medical treatment. All the injuries were due to indirect effects rather than the meteor itself, mainly from broken glass from windows that were blown in when the shock wave arrived, minutes after the superbolide’s flash. Some 7,200 buildings in six cities across the region were damaged by the explosion’s shock wave, and authorities scrambled to help repair the structures in sub-freezing temperatures.’

Real-world-physics-problems.com states, ‘If a large asteroid, one kilometer in diameter, impacts a large body of water, such as an ocean, the consequences can be just as disastrous as a ground strike. The impact would create waves hundreds of feet high which can flood and devastate coastal communities all around the world.’

The asteroid that caused an extinction event for the dinosaurs 65 million years ago was estimated to be between 4.3 miles (7 km) and 6.2 miles (10 km) in diameter.

On the smaller end of the spectrum, the NASA website states, ‘Space rocks smaller than about 25 meters (about 82 feet) will most likely burn up as they enter the Earth’s atmosphere and cause little or no damage.’

In terms of asteroid defense, rocks in space smaller than 82 feet are less of a concern.

How will PI-Terminal Defense for Humanity work?

Lubin’s idea is to design a device to impact an asteroid, the device would be fitted with penetrating rods to pierce the asteroid, ‘Explosives would fill some rods, and the resulting explosion would pulverize the meteor in the atmosphere into smaller chunks, hopefully, 15 m or less in diameter.

Timing and location of impact of the device with an asteroid is everything with this idea.

This defense system could orbit around the Earth or be located on a Moon base.

The main advantages of Lubin’s technology are he says it is:

Development of a Moon launch system seems to be the preferred option for his technology, ‘The Moon has a couple of inherent advantages. For one thing, it has no atmosphere, so as a base for observing the asteroid environment near Earth, it would allow “long-range optical/NIR LIDAR detection” of incoming asteroids. The Moon also has a lower escape velocity than Earth, making launches easier and less expensive.

It may be feasible in time for heavy launch vehicles like SpaceX’s Falcon Heavy NASA’s Space Launch System to be able to launch a sizeable explosive asteroid impactor device from Earth.

NASA operates a department called the Planetary Defence Coordination Office (PDCO). Professor Lubin’s idea would fall within the remit of the PDCO if NASA were to choose to go further with the idea and implement it.

Lubin states that his PI system would only need ‘a five-hour before impact window to destroy an asteroid the size of the object in the Tunguska Event.

We can only hope that faced with the size of a giant asteroid such as the one in the Tunguska Event, NASA and other organizations have built Lubin’s and other asteroid destroying technology by then.