Toxic Venus Atmosphere Could Harbor Life; Probe Will Investigate in 2023

Searching for life on Venus can teach us what it is like to survive a runaway greenhouse effect on Earth. 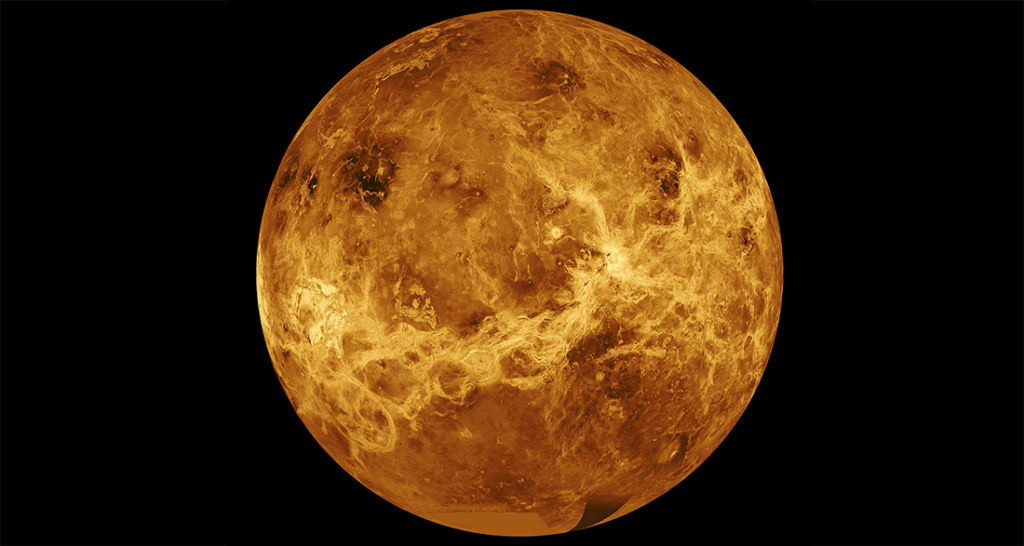 What could survive on Venus? Venus is very different from Earth.  Because of the greenhouse environment on Venus, Venus is the hottest planet in our Solar System, even though Mercury is orbiting closer to the Sun.  Apart from the heat, there are many other extremely challenging conditions for lifeforms to survive on Venus.

Venus can only be probed briefly

No space agency has ever been able to build a probe that can withstand the extreme environment of Venus for any extended period.  However, in May 2023, Rocket Lab, a California-based company, will send a probe to search the Venusian clouds. The brief reconnaissance mission to analyze Venus for life is expected to take just 3 minutes and is a precursor mission for another mission to take place in 2026.

If you were to descend into Venusian clouds, you would be descending into cloud temperatures that range from 86 to 158 Fahrenheit (30 to 70°C).  Earth’s average surface temperature is 57 degrees Fahrenheit (13,9°C).  Even passing through the clouds of Venus, you would become uncomfortably hot very quickly and die.   At temperatures as soon as they reach 107.6 Fahrenheit (42°C), ninety percent of people die of Hyperpyrexia (the opposite of Hypothermia).

Trying to descend into the clouds of Venus, you would most likely get severe brain damage, experience shock and convulsions, and likely cardiorespiratory collapse before touching the surface of Venus, where the temperatures would melt you. During your descent, you would be crushed by the enormous weight of the atmosphere.  Researchers have compared the atmospheric pressure of Venus to be like that of 3,000 feet (914 meters) below the surface of the ocean.  If life does exist on Venus, it is highly improbable for it to be in a humanoid form like us, unless they are like the rock man ‘The Thing’ in the Fantastic Four.

The clouds you would first pass through would be thick and yellow-colored clouds consisting of 543 gases, many of which would be lethal to you.  The primary gas is sulfuric acid giving it a stench of rotten eggs.  These thick clouds start at an altitude between 28 and 43 miles above Venus.

Venusian clouds are the most likely place on Venus that scientists expect to find life.  Astronomers believe they have detected a substance called phosphine in the planet’s atmosphere.  On Earth phosphine is formed by decaying organic matter.  The only other way to make phosphine on Earth is by creating it in a laboratory.

Phosphine smells like rotting fish.  With a combination of the stench of sulphuric acid and phosphine, the odor in the clouds of Venus would be most unpleasant.

As the clouds of Venus have the lowest temperatures of Venus, some types of microbial life like extremophiles might potentially survive there.  Extremophiles are microorganisms that can live in conditions of extreme chemical concentrations of acidity, alkalinity, or temperature.

Suppose you had a special spacesuit that could withstand the extreme atmospheric pressure and temperatures of Venus; you would need special breathing apparatus.  The carbon dioxide levels are much higher than on Earth.

Depending on which part of Venus you landed, you could expect to experience extreme temperatures.   The temperatures on Venus’s surface are about 900 degrees Fahrenheit (482 °C).  You would need to be wearing a very special heat resistant suit to withstand 900 degrees Fahrenheit as this is so hot it can even melt lead.  Potentially a spacecraft made from hafnium carbide and tantalum carbide materials would be able to withstand temperatures as high as 7232 Fahrenheit (4000°C).

Furthermore, you can expect it to be a desolate planet. It consists of volcanic rock that has been blasted by high pressures and temperatures.  Walking Venus, if you could walk it, you would encounter mile upon mile of volcanoes and jagged mountains.  Many of the volcanoes are believed to be still active.

If you landed on Venus’s poles, according to the  European Space Agency (ESA), some parts of Venus’s pole temperatures are colder than Earth’s poles.  Venus’s poles are the only other places that scientists speculate that some types of life form might survive.  There are bacteria such as the Planococcus halocryophilus, which can survive some of the coldest places in the Arctic, but even Venus may be too chilly for them.

The planet Venus also has some other quirks about it, which make it incompatible with the way we experience life.

If you were to fall in love with a Venusian and emigrate to Venus, you might want to rethink birthdays. A Venus year is shorter than a day on Venus. A Venusian year is approximately the equivalent of 225 Earth days. However, because of Venus’ slow rotation, a Venusian day is approximately 243 Earth days; that’s a long wait for sunset!

Another thing to get your mind around about being on Venus is that the Sun “rises” in the west and sets in the east.

If anything lives on the Venus, we may not even recognise it as life, and it is highly improbable that humanity will ever plan to settle on it.