According to a recent study, powerful people are more likely to blame and punish others for perceived poor performance. 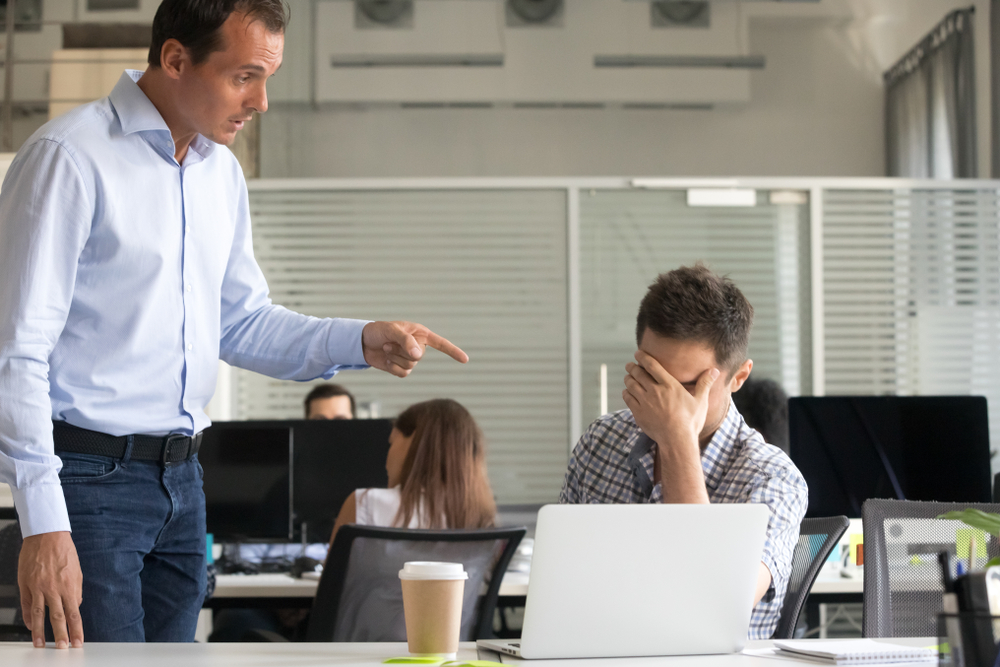 Having a choice mindset or believing that people’s behaviors are triggered by “choices” or deliberate actions driven by their preferences and motives has multiple benefits and drawbacks. But often, these choices can lead to victim-blaming, a lack of care about inequality, and a reduced interest in acts of social good – probably because we have wrong assumptions about their options.

A new study by Yin et al. from UC San Diego and colleagues looks at these more worrying impacts. The team found that powerful people (political leaders, successful entrepreneurs, etc.) tend to adopt a choice mindset, making them more likely to blame others for mistakes. They often rely on multiple power bases, like reward power and coercive power. The report was published in the January 2022 issue of Social Psychological and Personality Science.

A powerful person, for example, has a larger sense of control than a powerless (or disempowered) person. Problems usually arise when people in powerful people assume that everyone sees the world just as they do. They have the same sense of control and mastery, see many possibilities and viable alternatives in a situation, and have the same freedom to choose based on intentions. In reality, the less powerful perceive situations as offering them little control and choice.

So, why may it be a concern that powerful people project their view of choice onto the less powerful? Consider this: How would you decide how much an employee should be held accountable for bad performance, blamed, or punished? Probably by inquiring as to whether or not their actions were freely chosen. Assume the accused employee responds that they only saw a few viable options. You might see that as an excuse if you were a high-ranking official (e.g., a manager or supervisor) and believe the employee had many feasible options but selected the wrong or dangerous path.

Unlike co-workers, self-perceived powerful bosses are more likely to assume that an employee’s behaviors reflect their genuine desires or intentions, implying that the employee is guilty and deserving of discipline and punishment. Of course, the above analysis is only theoretical. Yin and collaborators conducted the following three investigations to test whether power influences subjective perception of choice.

In the first study, 363 participants with an average age of 34 and out of which 194 were women, completed two surveys in random order. One experiment assessed participants’ sense of power by asking how much they agreed with phrases like “I can get people to do what I want.”

The other survey looked into their proclivity to apportion blame. The scientists informed the participants that they were crowdsourcing a solution to a real problem in their department: “whether or not to pay a bonus to an administrative assistant who had missed a grant deadline and claimed she didn’t have a choice since she was “caught up in other work.”

They were then asked how many options the assistant had in not finishing the assignment and whether or not they thought she was to blame for the deadline being missed. According to the researchers, they were then asked to vote on whether she should receive the bonus. Powerful participants believed the administrative assistant had more options and were less likely to vote to award her a bonus. Those who thought the assistant had more options also blamed her more. Even when individuals who did not believe it to be a real scenario were excluded, the results remained the same.

Rather than just assessing power, this experiment influenced participants’ perceptions of power by temporarily assigning them low- or high-power roles on a fictitious work team (supervisor vs. subordinate). 393 participants with an average age of 37, out of which 229 were women. They were informed that they had been divided into groups to rank a list of Mechanical Turk success suggestions in order of significance (the crowdsourcing website where the study took place).

Participants were informed they had been assigned the job of a “worker” who was inferior to other colleagues in the low-power condition. In contrast, they were told they were a supervisor in high-power positions.

The person who could be held responsible was a transcriber from another team who had made mistakes when transcribing an audiotape. The transcriber was said to have written a note apologizing for the errors and blaming them on a bad internet connection and a lack of time.

Furthermore, the question was whether the transcriber should be held accountable, reprimanded, and punished because they had options or not (i.e., receive zero payment for the job).

A sample of 352 undergraduates with an average age of 21 years was obtained, of which 162 were women. Participants were divided into groups of three, in either low-power or high-power conditions (subordinates vs. manager). The placement was supposedly made based on the students’ replies to a leadership questionnaire (in reality, it was random).

On completing a simple task, as Subordinate A or Manager, each participant saw the work of the other two members of the group. While Subordinate A and the manager performed the task correctly, the hypothetical Subordinate B got almost half wrong and blamed the errors on lack of sleep. The students were similarly asked about Subordinate B’s choices, and then responsibility and blame were assigned.

In all the three studies, participants who felt more powerful were more likely to regard others as having more options and, as a result, to blame them more when something went wrong — even when a good explanation was given — in all three trials. This can’t merely be because those in positions of power want to keep their power, as the team points out.

Powerful people with prestige are more likely to regard your action as freely chosen and representative of your beliefs, values, and goals if you are in a position of “low power.” Hence, it would help to share your perceptions with those in high power.

Do this regularly, not just after you’ve made a mistake, so it doesn’t come off as a way to escape punishment. Powerful people in position of authority will likely perceive more options in a circumstance and mistakenly believe that others(such as your employees, patients, or children) do as well. Hence, you will need to think twice before blaming those lower in power. How? By asking questions to have a better understanding of how they see things.