Air Force’s Task to Turn Cargo Plane into a Bomber 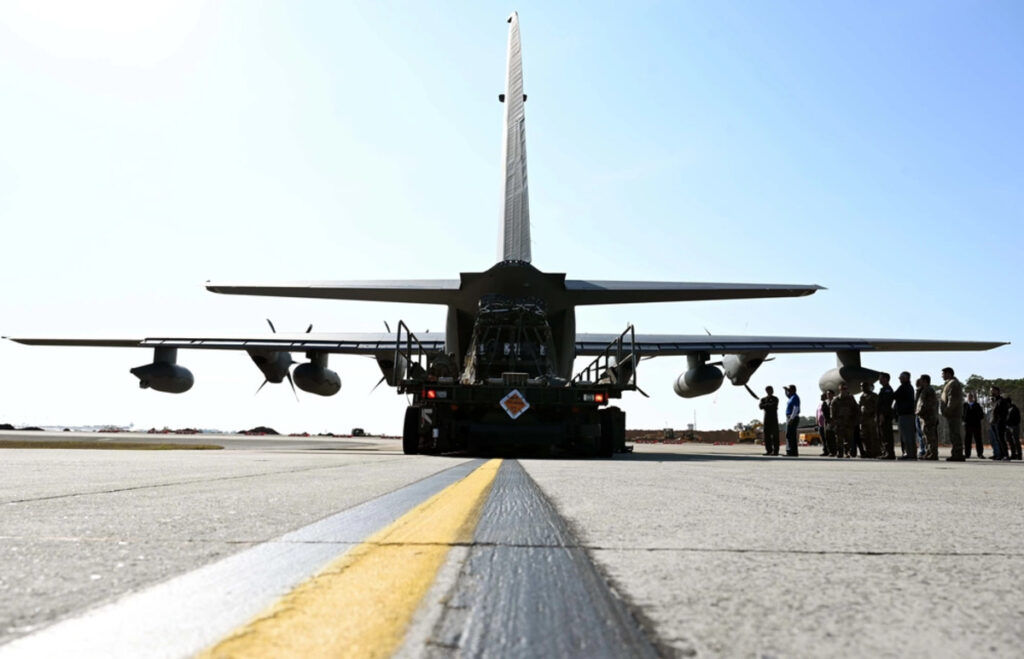 The US has endorsed a visionary idea of palletized munitions program, now known as Rapid Dragon.

The program’s prior objective is to explore the operational advantages and feasibility of airdropping long-distance palletized cruise missiles from military cargo airplanes such as the C-17s and C-130s.

This mobile deployment technique delivers a flexible payload arrangement that contains a 9-pack cruise missile configuration for C-17s and a 6-pack for C-130s – and a pallet management module on the aircraft permits the combat control systems and missiles to communicate in real-time.

It allows the USAF to roll-on roll-off many long-range munitions from cargo planes. It then sends the aircraft back to complete their routine transportation duties, a very creative concept for future warfare that can enormously boost the USAF capacities and lower costs.

This is definitely one of the most significant innovations in bomber aircraft in history. In fact, converting a cargo aircraft into a bomber has never been accomplished before in such an effective way, and having the ability to use missiles with such a wide range makes this program potentially one of the USAF’s greatest triumphs.

In 2022, the program will conduct another test with a C-17 deploying more cruise missiles. It will exhibit the strong capabilities of cargo aircraft with a palletized missile system.

This way, the USAF can update the targets and missions even when the plane is flying on a mission. However, the Rapid Dragon palletized cruise missiles enclose multiple other benefits such as:

The USAF partnered with Lockheed Martin to conduct a test flight. The test was conducted employing an actual launch of an existing stockpile cruise missile prepared with live ordnance. The aircraft airdropped a 4-cell palletized munition above the Gulf of Mexico.

As it was a thriving test, it’s expected to restart testing this new system – and we’ll probably see it very soon as a standard battlefield strategy.

The Rapid Dragon Program will primarily use a long-range, stealthy cruise missile known as the JASSM built to defeat air defenses. Although these missiles aren’t new, the Rapid Dragon program gains significant firepower with stealth capacity and high strike power.

These amazing missiles will be employed for the Rapid Dragon Program because their average range is around 230 miles (370 kilometers). The extended-range variant is roughly 620 miles (998 kilometers), and the third variant, the Extreme Range (XR) variant, would have a greatly longer range of 1,100 miles (1770 kilometers).

The Rapid Dragon Program is a pioneering strategy of palletized munitions employed in cargo planes. It’ll supply the USAF with an alternative of carrying more weapons in the flight and greatly boost strike firepower.

So, Rapid Dragon will certainly give cargo airplanes with strategic bombing capabilities that have never been used in air warfare before.