A weakening of the Earth's protective magnetic field during the reversal would be devastating for humanity. 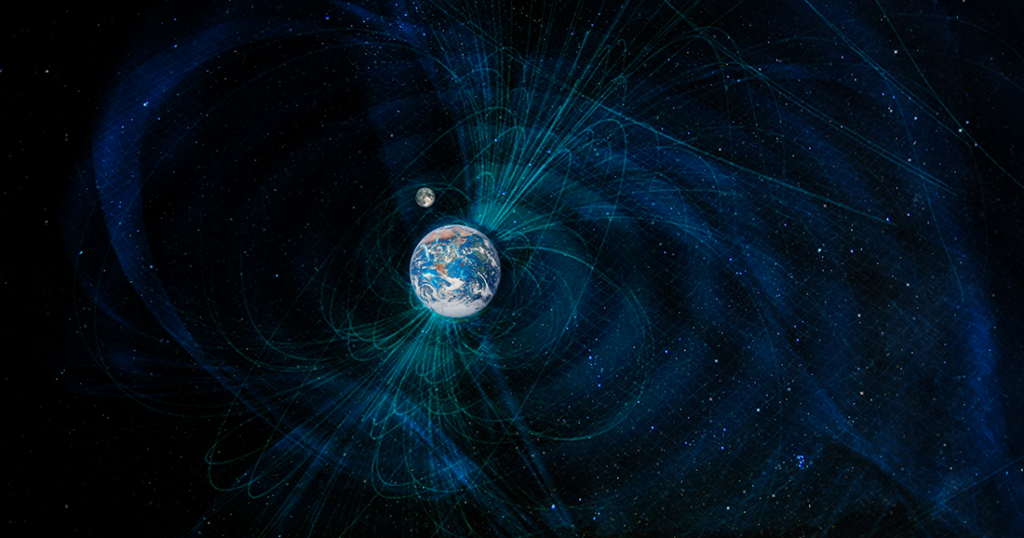 Researchers have identified a worrying soft spot in the Earth’s magnetic strength in the South Atlantic. Experts in the field call this the ‘South Atlantic Anomaly.’ This weak spot blistered over the Atlantic Ocean poses a challenge for orbital satellite circuits.

According to an analysis of cooled lava rocks, researchers estimate that pole reversals occurred approximately 170 times in the last 100 million years. Should we be preparing for one now?

What will happen at the next pole reversal?

There is little proof that prior magnetic field flips have resulted in mass extinctions or other catastrophes, but it would still be very problematic. It’s unclear what such a shift would imply for humanity.

How should people prepare for the next magnetic shift?

If we were to witness a magnetic pole reversal, it would flip the compass points entirely upside down. If we knew one was coming in the imminent future, we should respond by spending a little more time shielding.

Given today’s reliance on electronic equipment, which could be vulnerable without the protection of a magnetic umbrella, even the quickest field reversals in the near future would leave us defenseless.

As a result, geologists are interested in determining which wiggles, wobbles, and wanderings in the magnetic field signal disaster and which indicate business as usual.

The Earth is maybe experiencing magnetic anomalies not a magnetic flip

Authors of a new study that simulates the planet’s magnetic field in the recent past advise that we shouldn’t be too confident that this will happen.

At the very least, not anytime soon. So, for the time being, we may relax.

Still, if our geological past is any indication, our planetary magnetic field’s flowing lines will eventually point in the opposite direction.

Should we worry about the magnetic soft spot in the South Atlantic?

Based on parallels with the recreated anomalies, geologist Andreas Nilsson of Lund University in Sweden thinks the South Atlantic Anomaly is likely to disappear over the next 300 years, and that Earth is not moving towards a polarity reversal.

With thousands of years of perspective, it’s easy to see that the South Atlantic soft spot isn’t wholly unusual. A comparable geological event occurred approximately 1600 BCE and lasted for around 1,300 years before leveling out.

If the same underlying dynamics are at work, the current weakening area will likely regain strength and fade away without requiring global reconfiguration. It’s also possible that the magnetic field will regain its vitality, which hasn’t been seen since the early 1800s.

What is the proof?

Researchers from Lund University and Oregon State University used worldwide samples of volcanic rocks, sediments, and artifacts to rebuild a precise timeline of our planet’s magnetic shell dating back to the last ice age.

The way the magnetic field orientation drives particles in molten materials to line up before being held in place when they solidify provides a lot of information about the field’s history. Digging through layers of mineralized arrows reveals a reasonably accurate record of the compass’s direction throughout millennia.

Similarly, pottery objects from ancient sites might capture the field’s orientation in clay before the fire, providing a glimpse of the field in more recent periods.

Having precise records like this helps develop a clearer picture, so maybe we’ll be ready if the worst happens.

Any shift that alters the world’s magnetic field is concerning. Other scientists are currently concerned about a growing sunspot where a solar flare may wreak havoc with the Earth’s magnetic field and interfere with communication and electrical systems.