Astronomers can find black holes even when they are not pulling light matter. 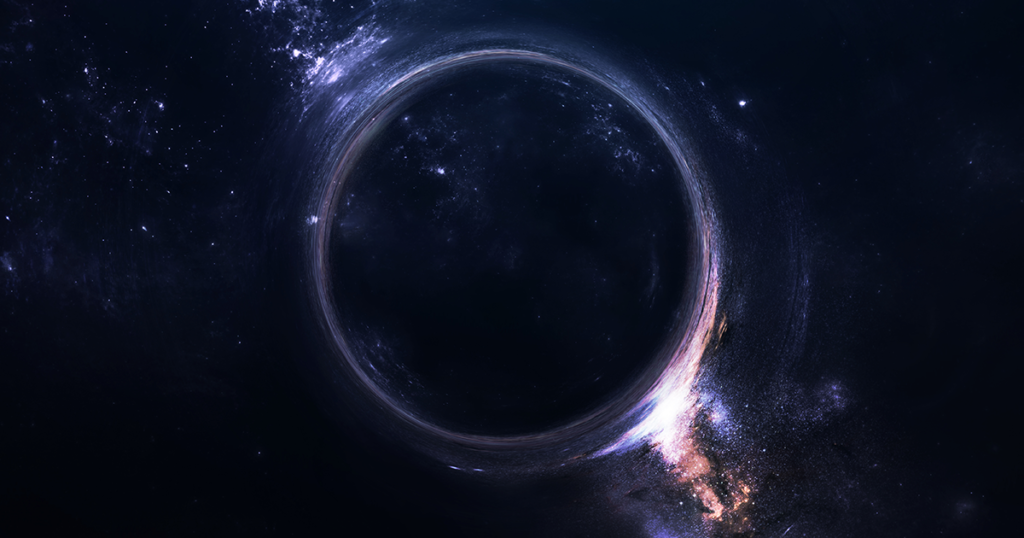 Phil Plait, Ph.D., is a NASA-funded research astronomer with more than ten years of professional experience has an important discovery to share with the world. He is sharing the findings of a recent paper called ‘An Isolated Stellar-Mass Black Hole Detected Through Astrometric Microlensing.’

This paper has been submitted to The Astrophysical Journal. The paper submitted to The Astrophysical Journal hasn’t been peer-reviewed yet (not been scientifically vetted by an outside referee), but Plait was so excited to share the findings with syfy.com and is prepared to put his reputation on the line. He says, ‘I know some of the authors personally and by reputation, and it’s an impressive list.’

The scientists/authors of the report have discovered a black hole that has a mass of roughly seven times that of the Sun.  It is racing through space. Scientists can’t calculate its total velocity with the data available. Still, they estimate ‘it is moving about 45 kilometers per second across our line of sight (28 miles per second), which is fast — 14 octillion tons of black hole moving at 160,000 kph‘.  This would be about the expected speed if it were projected due to a supernova explosion forming it.  The black hole is a little over 5,000 light-years away.

Phil Plait is the author of a book called Death From The Skies. In this book, Plait presents ‘some of the most fearsome end-of-the-world calamities (for instance, incoming asteroids and planet-swallowing black holes), demystifies the scientific principles at work behind them, and gives us the odds that any of them will step out of the realm of sci-fi to disrupt our quiet corner of the cosmos.’

Plait says that the technique that the scientist used to discover this black hole is called Microlensing a method which the authors used to observe gravitational lensing which reveals where isolated black holes are.

Even if they aren’t emitting light or energy from matter sucked in, this paper discusses how Microlensing can be used to observe the gravitational effect.  If the scientists’ findings are verified to be correct, it will be a fascinating discovery.  Plait writes, ‘We know those black holes are out there, and this research points to how we can find them.’

The first of its kind

Plait writes, ‘it will be the first rogue stellar-mass black hole found anywhere that wasn’t detected via violently eating a star or some other object.’

Typically black holes are found ‘by their effects on objects and materials around them‘ in quite dramatic ways, which include:

Isolated local black holes (i.e., the ones that are not sucking in light-matter or emitting brightness from energy) are much harder to detect.

There is one way that scientists use to discover their presence, and that’s through gravitational lensing.

Plait explains ‘gravitational lensing is when the gravity of a massive object — a star, a black hole, a galaxy — bends space around it, causing light passing by to curve, like a car following the curve of a road. Einstein [wrote about this in relation to his work on Relativity], saying that matter bends space, and we perceive this bending as gravity. So we call this gravitational lensing; the object bending space is the lens and the object whose light is distorted the lensed object.’

Thousands more likely to be discovered

Plait hopes that with the Nancy Grace Roman Space Telescope due to have a Hubble-like observatory scheduled to launch no later than May 2027 ‘with one hundred times Hubble’s field of view. It will be a black-hole-microlensing-finding machine, and over the years should find several thousand of these events.’