Could Russia Detach Its Part of the International Space Station? 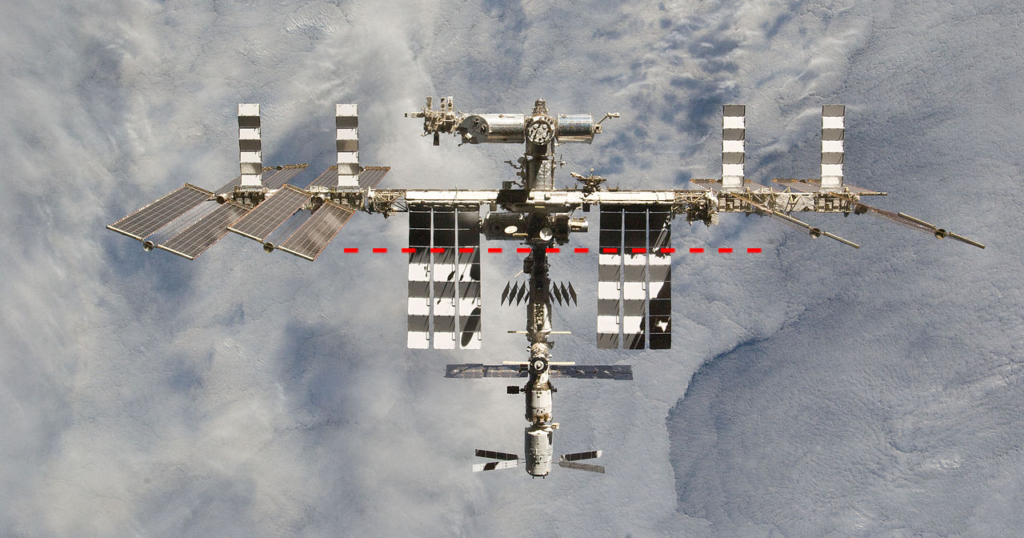 As tensions between Russia and the West continue to rise following Ukraine’s invasion by the former, the fate of the International Space Station is now at stake. With the fight going on for about a month now and the old laboratory still flying high, the alliance between Russia, the United States, and 13 other countries will continue to hold. However, the partnership’s future will be examined from three perspectives in this post: legal, technical, and political. It starts with the strong premise that NASA officials repeatedly repeated that the US wishes to keep flying the International Space Station until 2024.

The genuine concern about the near-term future of the International Space Station is whether Russia wants to keep flying it. The answer is “probably yes.”

It’s a moot argument regardless. Russia can’t just disconnect “their” part of the space station without weeks or months of preparation and many spacewalks. “Realistically,” they could theoretically sabotage the systems and then abandon the station to leave the astronauts with the mess. But the Russian Cosmonauts would probably just defect to the USA instead of hurting their close friends.

From a technical viewpoint, the Space Station was established to rely on contributions from Russia and the United States to keep flying. NASA recently enumerated some of these ways in detail. But it boils down to this: ‘The Russian segment needs power from the US segment, and the Russian side of the station is responsible for propulsion to maintain altitude and perform debris avoidance maneuvers.’

That’s not to say the US segment could not function independently. In its update, NASA explained that it would be challenging.

“The Space Station wasn’t designed to be disassembled,” NASA explained, “and current inter-dependencies between each station section prevent the Russian Segment and the US Orbital Segment from operating separately.”

“Any attempt to separate the Russian Orbital Segment from the US Orbital Segment would face significant logistical and safety issues due to the numerous internal and external connections, the requirement to manage spacecraft inclination and altitude, and software inter-dependency.”

But it would not be impossible for NASA to continue flying the station. As Ars recently reported, thanks to NASA’s robust investments in commercial spaceflight over the last 15 years, the agency can contact various companies to provide emergency services to keep the US segment flying. On the other hand, Russia would likely have to abandon its Space Station modules. Even with continuous replenishment of supplies from Progress supply vehicles, the station would not have sufficient power to keep operating for an extended period. In other words, without the International Space Station, Russia has no actual path forward for a civil space program.

The International Space Station is governed by a document known as the Intergovernmental Agreement (IGA). This document was first negotiated by the United States, Japan, Canada, and Europe in 1988. After the Soviet Union fell apart, the US tried to re-establish connections with Russia to keep former Soviet rocket scientists working on civil space projects rather than selling their skills to countries wishing to develop ICBMs or other military equipment. Essentially, NASA was willing to spend money to keep the Russian civil space program afloat, explained Melanie Saunders during an interview several years ago. She was involved as a negotiator for NASA in the 1990s, working with Russia on the Space Station partnership.

“They called it the ‘$400 million contract,'” she said of Russia. “It has a different technical name and a contact number, but that was its name. We wanted to ensure there was enough money to get the Russians to do business the way we wanted them to. That way, we would work effectively together and make sure that we had funding that would help keep their space professionals employed in civil space.”

This led to an interim agreement between Russia and the United States in 1992, followed by the formal Intergovernmental Agreement (IGA) between all 15 nations, including Russia, in 1998. This document has since guided the Space Station, outlining the contributions of each member nation to keep the station flying. Legal experts say the agreement has held up very well for nearly a quarter-century. The current IGA runs through 2024.

Each part of the station is considered the territory of its country. For example, the US habitats and laboratory are considered US territory, and the situation is similar for the Japanese Kibo module, Canada’s robotic arm, and the Russian segment. So technically, Russia “owns” its part of the International Space Station. However, every country, including Russia, has rights and obligations under the IGA.

The station is governed by consent so that no single partner can unilaterally decide to take its part of the station and depart. Legally, a country can exit the partnership, but it still must maintain its responsibilities, or it will violate the agreement, legal scholars say. This means that, legally, Russia is on the hook for propulsion services.

While Russia’s space program has already broken from the West in meaningful ways since the outbreak of war in Ukraine, those moves have involved mainly business contracts. Departing the Space Station would effectively represent breaking an international treaty.

“The Space Station agreement, like the ISS itself, is a whole that is greater than the sum of its parts,” said Joanne Irene Gabrynowicz, an emeritus professor of law at the University of Mississippi and an expert on the IGA. “The success, interests, and goals of the partners are interrelated. If one partner were to cast doubt on the agreement’s validity, it could simultaneously cast doubt on the validity of that partner’s endeavors.”

To put it another way, the other IGA signatories would regard Russia as a criminal who should not be trusted. This would almost certainly end all space collaboration between Russia and Western nations for years, if not decades.

Since the start of the war, the leader of Russia’s space corporation that oversees all of its civil spaceflight activities, Dmitry Rogozin, has been saying and tweeting a lot of nationalistic statements and even made veiled threats about what would happen if the United States abandoned the partnership.

However, the reality is that Rogozin does not make the high-level decisions about Russia’s partnership in the station. Those come from a layer above him—or even to President Vladimir Putin. It is impossible to get inside Putin’s head, so making predictions about what he will do is a fool’s errand.

Nevertheless, it’s certain that Russia proudly and justifiably sees itself as the first nation in space and wants to carry forward its reputation as a global space power. Stepping outside of the Space Station partnership would effectively end Russia’s civil space program.

We are more likely to see food riots in Moscow than we are to see a new Russian Space Station or a deep space scientific exploration mission during the coming years. Some of this will be due to financial concerns, and some of it will come because of a loss of access to technology from the West.

Uralvagonzavod, Russia’s biggest tank manufacturer, appears to have halted manufacturing due to a shortage of components. Roscosmos’s big four companies— RSC Progress, RKK Energia, the Khrunichev Center, and NPO Energomash—will likely not be able to keep up production for long for the same reason as the tank factory.

Russia may fade away as a spacefaring nation in the future years without active cooperation with Western countries and companies or a lifeline from China’s space program. The reason is that Russia may not be able to afford any serious human exploration program. Hence, Russia would be regarded as the world’s first former space power rather than a space power.

There are sound technical, legal, and political reasons for Russia to remain involved in the International Space Station for as long as the West will have them and not the other way around.