The Tupolev Tu-22M is one of the most distinctive Russian bombers - and despite being over 50 years old since its first flight, it remains an irreplaceable aircraft for Russia. 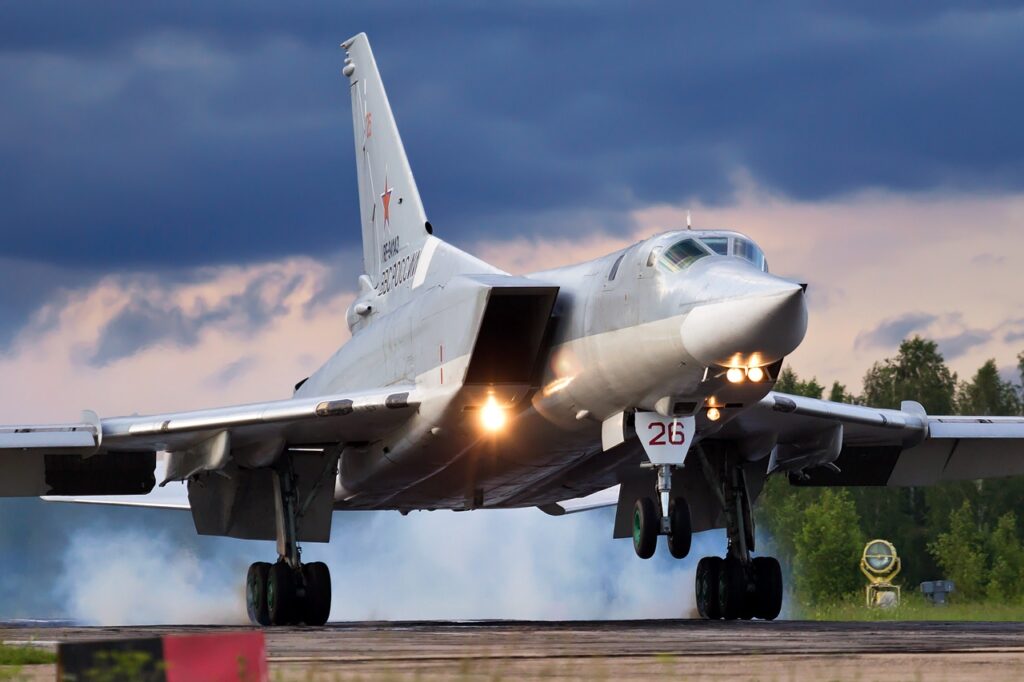 The Tupolev Tu-22M bomber is a nuclear-capable beast that can fly faster than the speed of sound. With Russia flexing its military muscles more and more, it’s essential to understand the capabilities of this aircraft.

This bomber is feared by NATO countries for its sheer destructive power – and Russia has shown how destructive it can be in the war in Ukraine.

The Tupolev Tu-22M is a twin-engine, supersonic bomber that was first introduced into service in the Soviet Union in the early 1970s. Nicknamed the “Backfire” by NATO, the Tu-22M has a variable-sweep wing design and is capable of carrying nuclear weapons.

In recent years, the Tu-22M has been updated with new avionics and weaponry, and it remains in service with the Russian Air Force as one of Russia’s most reliable bombers.

It is one of the few bombers worldwide that can operate at supersonic speeds at both high and low altitudes.

In addition, the Tu-22M has seen action in a number of wars, including the Soviet War in Afghanistan, the Chechen Wars, and the Russo-Georgian War. In each conflict, the bomber has proved to be a formidable weapon, able to precisely deliver a heavy payload of bombs.

Also, the Tu-22M was built as a platform for launching nuclear missiles, making it a key part of the Soviet/Russian strategic arsenal.

The bomber proved to be very effective, causing significant damage to Ukrainian infrastructure and morale.

While the Tu-22M was not solely responsible for the Russian advances, it played a vital role in tipping the balance of power in favor of Russian forces. The bomber’s performance in the war was a testament to its effectiveness as a weapon of war.

It incessantly bombarded Mariupol, destroying much of the city’s infrastructure and leaving Ukraine without one of its most important industrial cities. Such is the damage that this bomber inflicted on the city of Mariupol and its industry that it will hardly recover in the short or medium term.

But, it will be displaced by the Pak DA heavy stealth bomber

The Pak DA is a heavy stealth bomber under development by the Russian aerospace company Tupolev.

The aircraft is designed to carry nuclear and conventional weapons and will be capable of penetrating enemy airspace undetected. The bomber is still in the early stages of development and is not expected to enter service any time soon.

But, when it does enter service, the Pak DA will be a formidable addition to the Russian military’s arsenal – and is expected to compete against the B-21 Raider.

The Tupolev Tu-22M has been one of Russia’s most trusted bombers in the past decades… and despite never having to fight an enemy on its level, it has performed a flawless service for Russia.

Today, despite his age, the T-22M is still a formidable bomber that continues to spread terror on the battlefields – and Ukraine is an example of this.