In this new stage of the war, Western technology is helping Ukraine... Meanwhile, Russian drones are also capitalizing on technology made in the US. 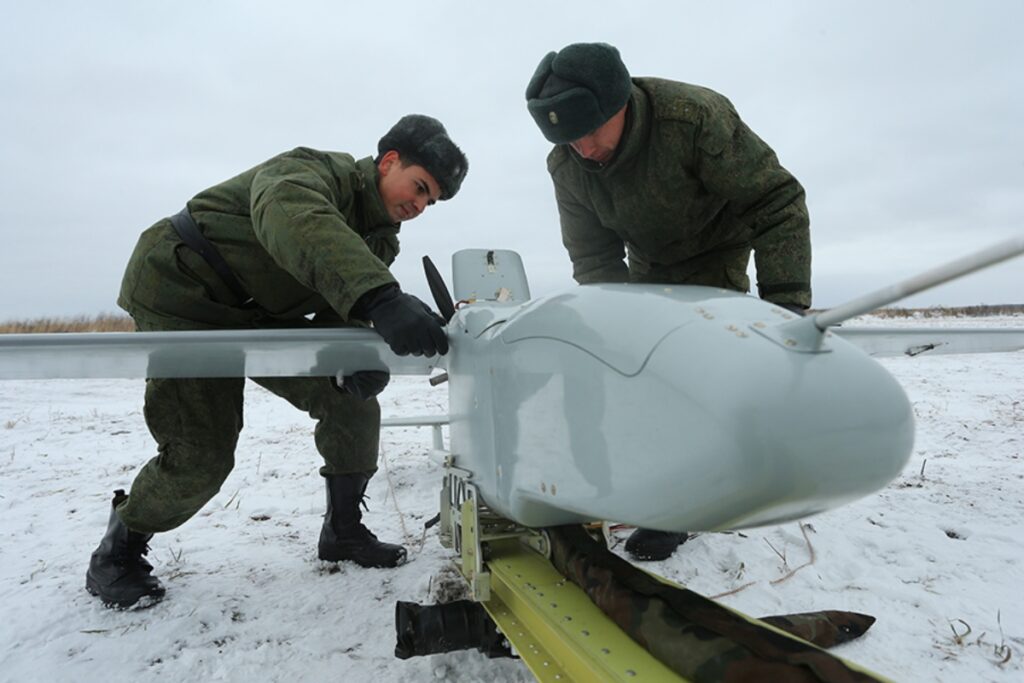 Russian drones are being upgraded with technologies from the West – and despite all the sanctions imposed on Russia, it still uses western technology to improve the capabilities of its drones.

Is American technology giving Russia’s forces an edge against Ukraine? What about the sanctions imposed on Russia?

Western technology in the service of Russia?

According to a new report, Russia is currently using drones fitted with Western technology.

An Orlan-10 was captured recently, revealing all the components that are not of Russian design, and many of its parts are manufactured in the United States, Japan, France, Germany, and Taiwan.

Russian drones are fitted with high-resolution cameras, infrared imaging, and a global positioning system that allow them to gather intelligence on Ukrainian military positions.

But, the use of Western technology isn’t new

The use of Western technology by the Russian military is not new. In the past, Russia has procured western weapons from countries such as China and Iran, and global companies allied with Russia are reselling parts so that Russia can circumvent sanctions.

So, Russia is getting sophisticated military hardware despite the sanctions imposed by the US that don’t seem to work in the military sphere. Notably, using American-made components in Russian drones will likely raise concerns in Washington.

It also highlights the Russian military’s increasing reliance on drones in its operations. The Kremlin has been extensively using drones with modern technologies in Ukraine, where they have been used for everything from reconnaissance to airstrikes.

Russia has been using cutting-edge drones extensively in its war in Ukraine, and the results have been impressive. Partly thanks to the Western technology that improved Russian drones’ performance.

In contrast to the haphazard way that Russian forces have often operated in the past, the use of drones has allowed them to conduct precision strikes against targets with minimal collateral damage.

Western observers have been impressed by the effectiveness of Russian drones, and some have even suggested that they may give Russia an advantage in the war.

Even if the Russians are losing more drones than ever, they are causing significant damage to the Ukrainian troops. For this reason, they keep innovating and deploying more drones to hunt Ukrainian soldiers, vehicles, and artillery in the Donbas.

On the other side, Ukrainian drones are becoming less and less effective.

The Ukrainian army’s use of drones to annihilate Russian tanks was very effective some months ago. However, Russia’s enhanced its air defenses with a combination of electronic warfare and anti-aircraft missiles to shoot down dozens of drones, severely hampering the ability of Ukrainians to launch attacks.

As a result, Russian drones have become vital to maintaining their positions in the Donbas.

Russian drones are key to stopping Ukrainian forces in the Donbas

Russian drones fitted with Western technology are significantly helping the Russian military to gain an advantage in the war in Ukraine.

They have proved to be a valuable asset, and it is undoubtedly a hard blow to the US and Ukraine that didn’t expect the use of American-made components to give the Kremlin a further edge in the conflict.

However, the US will probably not stand idly by– and will look for a new way to counter Russian advances and make trouble for them in the coming weeks.

Featured image credit: ITC-UAV by Ministry of Defence of the Russian Federation. Licensed under CC by 4.0