Is Russia on the Verge of Running Out of Trained Soldiers for the Ukraine War?

Putin increasingly relies on Russian irregular troops to fight the war while his trained soldiers are increasingly scarce. 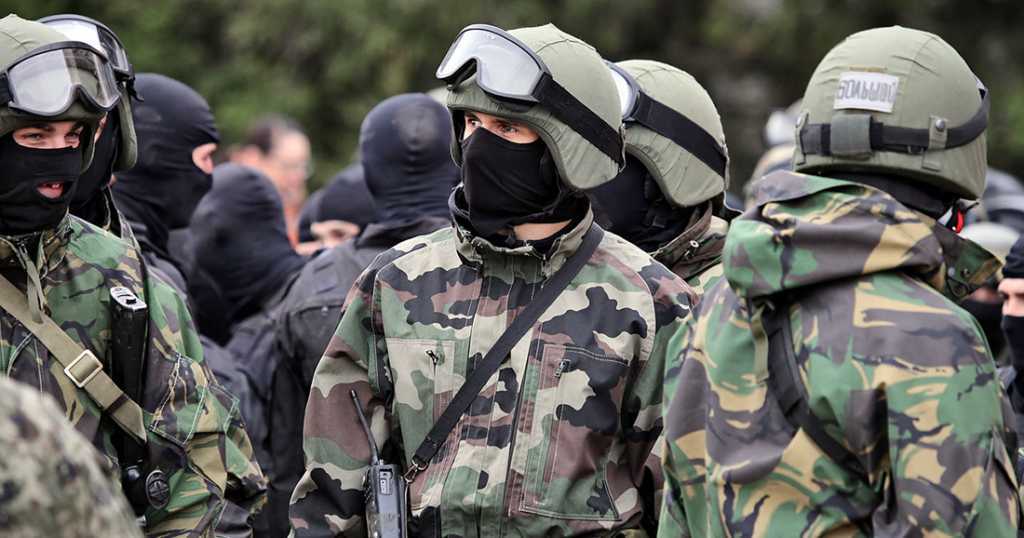 Russian President Vladimir Putin faces a looming dilemma as the Ukraine conflict drags on: he may soon run out of trained soldiers to fight his war.

With casualties and defections mounting, the Russian military is struggling to replenish its ranks with fresh recruits, and it is relying on mercenaries and all kinds of Russian irregular troops to keep the fight.

If Russia continues to bleed trained soldiers at its current rate, it will soon be unable to sustain its operations in Ukraine. This could force Putin to scale back his ambitions in the country or even withdraw Russian troops altogether.

In addition to these battlefield losses, reports state that the Russian military has also suffered widespread defections since the conflict began.

If someone ever tells you that Ukrainian General Staff exaggerates russian losses, show them this video. pic.twitter.com/qbBdT1rmV7

The high rate of casualties and defections has made it difficult for the Russian military to replenish its ranks with new trained soldiers.

This is likely due in part to the negative publicity surrounding the conflict, which has turned many young Russians away from joining the military.

As a result of these problems, Russian irregular troops are gaining ground. relying on mercenaries, Chechen warriors, and unprofessional troops.

In the first stage of the war, Russia sent inexperienced conscripts to fight and they got horrible results.

Now, Russia’s intervention in Ukraine is characterized by the deployment of Chechen warriors, Syrian soldiers, Ukrainian separatists, and Wagner Group mercenaries, instead of regular trained soldiers.

Chechen warriors are experienced fighters who have proven their loyalty to Russia in past conflicts. Similarly, deploying Syrian troops is another controversial decision based on the vast experience these soldiers have in urban warfare compared to freshly trained soldiers of the Russian army.

Both Chechens and Syrian soldiers have extensive combat experience that can make a difference, and even surpass the capabilities of most Ukrainian troops.

Syrian soldiers may join Russian troops during a special operation in Ukraine. Yup I can see this one happening. pic.twitter.com/nsxlkLp2ae

Russian irregular troops are also conformed by local men who have been drafted into service from Donbas and Lugansk. They have been fighting against Ukraine for the last few years but they’re not officially in the Russian army.

While these troops may not be as well-trained as professional soldiers, they are often more motivated to fight due to their personal connection to the conflict.

Finally, Russia has increasingly relied on mercenaries to sustain the war. The most prominent of these mercenary groups is the Wagner group, which is believed to have close ties to the Kremlin.

While the use of mercenaries is not new, it is unusual for a country to rely so heavily on them.

It also raises concerns about the role of private military contractors in modern warfare and their unusual tactics in the war which trained soldiers of the Russian military are not prepared for.

In the end, this reliance on irregular forces has helped Russia to achieve some success in the war in Ukraine.

For Russia is not a war, but a “special operation”

Russia’s recent actions in Ukraine are surely a war. However, Russia has maintained that this is not the case.

Instead, it has described the war as a “special operation.” This approach is likely to continue as long as Russia believes that it can achieve its goals without resorting to full-scale war.  As long as this remains the case, the conflict in Ukraine is likely to be a low-level conflict.

Presumably, if Putin declares war, he could send the whole Russian power to the frontlines and put Ukrainian troops and the United States in trouble.

If a full-fledged war were declared, Russia could mobilize all its professional troops and reservists for the war.

Meanwhile, Russian irregular troops will probably remain one of the critical parts of the Russian offensive in the coming months, and the lack of the Russian military’s trained soldiers will continue in the near future.

Feature image credit: Internal Troops of the Ministry for Internal Affairs by Vitaly V. Kuzmin. Licensed under CC by 4.0