Scientists Pinpoint How Much Sleep You Actually Need Each Day

Oversleeping can be as harmful to you as undersleeping; it's vital to know precisely how much sleep you really need. 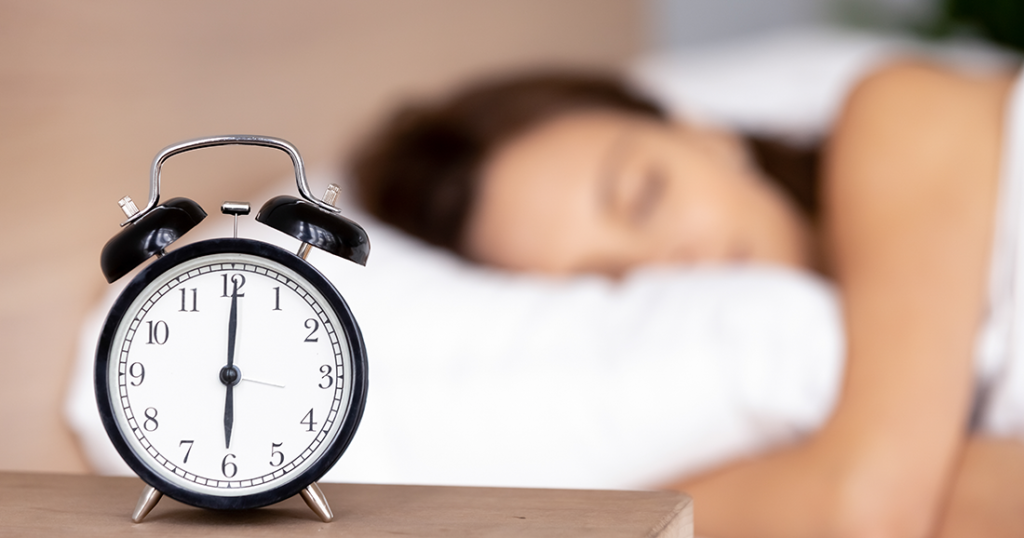 Scientists recommend seven hours of sleep is ideal for people in their middle age and up. According to them, too little or too much sleep is related to poorer cognitive efficiency and psychological well-being.

Sleep is crucial for facilitating cognitive function, keeping the brain healthy, and maintaining excellent mental health. However, we might begin to see alterations in our sleep patterns as we get older. These include difficulty falling asleep and staying asleep and decreased sleep quality and quantity. However, middle-aged and older adults often find it more difficult to fall asleep and stay asleep. It is believed that these sleep disturbances may speed up cognitive decline and can spur on psychiatric problems in the aging population.

The Goldilocks zone for sleep was assumed to be eight hours of uninterrupted sleep. It was also believed to offer the optimum overall health benefits. But science has shown that eight hours is no longer the ideal sleep duration each night in middle age. The downgrade in sleeping time comes after studying the sleep pattern of half a million Britons aged 38 to 73.

Research scientists from Fudan University and the University of Cambridge have warned that too little or too much sleep raises the risk of poorer cognitive performance and mental health.

One of the study’s authors, Prof. Barbara Sahakian from the Dept of Psychiatry, University of Cambridge, stated: “Having a good night’s sleep is crucial at any age, but especially as we become older. Finding techniques to assist older people to sleep better could be vital to their mental health and well-being, preventing cognitive loss, especially in patients with dementia and psychiatric disorders.”

Scientists from China and the UK studied data from nearly 500,000 (498,277) adults aged 38 to 73 collected from the UK Biobank – a database of patients monitored for ten years. Participants were asked about their sleeping patterns, well-being, and mental health and took part in a series of cognitive brain tests – including assessments of their reaction time and memory.

The study, reported in the scientific journal “Nature Aging” on April 28, 2022, discovered a link between the hours of sleep per night and various measures of brain function, such as memory and response time, mental health, including anxiety, and depression.

They discovered that people who got more or less than seven hours of sleep duration per night were associated with impaired cognitive performance such as thinking speed, attention span, memory, and problem-solving. They are reported to experience more symptoms of anxiety and depression and worse overall well-being.

The scientists say one possible reason for the association between insufficient sleep and cognitive decline may be due to the disruption of slow-wave ‘deep’ sleep.

This type of sleep disruption has been linked with memory consolidation and the buildup of amyloid – a key protein that, when it misfolds, can generate ‘tangles’ in the brain, which are features of some forms of dementia. Sleep deprivation may also impair the brain’s ability to eliminate toxins. According to the findings, people who achieve seven hours of sleep have the best cognitive function and mental wellness compared to individuals who get more or less sleep.

According to genetic and brain imaging data from roughly 40,000 participants, sleep duration was linked to the anatomy of brain regions involved in cognitive processing and memory. The researchers discovered that people who slept for more or fewer than seven hours had more changes in these areas, such as the precentral cortex, lateral orbitofrontal cortex, and hippocampus. They also found that those who had a consistent seven hours’ sleep each night, without too much fluctuation in duration, were important to cognitive performance and good mental health and well-being.

Professor Jianfeng Feng of China’s Fudan University stated: “Whilst we can’t tell for sure whether too little or too much sleep causes cognitive impairments, our long-term examination of individuals appears to corroborate this theory. However, the reasons for poorer sleeping pattern in older adults appears to be complicated, driven by a mix of our genetic makeup and brain anatomy.”

According to the study, inadequate or excessive sleep duration may be a risk factor for cognitive deterioration as people age. Earlier studies found a link between sleep length and the likelihood of acquiring Alzheimer’s disease and dementia, including cognitive loss as a symptom. Previous research has linked disturbed sleep patterns to higher inflammation, suggesting that older adults are more susceptible to age-related disorders.

How much sleep is enough?

The NHS advises 12 hours per night for children due to developing brains and six to nine hours of sleep for adults. The best method is to go to bed and get up at a similar time each night, which programs the brain and internal body clock to get used to a set routine.

The NHS recommends winding down by taking a bath, reading, and avoiding electronic devices to help you sleep better. The health agency also suggests making the bedroom sleep-friendly by removing televisions and other electronic devices and keeping the room dark and tidy. The health service also said that maintaining a sleep diary can help people who have trouble sleeping identify lifestyle patterns or activities that contribute to tiredness.