Paleontologist thinks that in a few million years, future Earth inhabitants may puzzle over the extinction of humanity. They will find a horrible mess of black carbon polluted shale and wonder why we didn't do enough to prevent a mass extinction event that doomed us all. 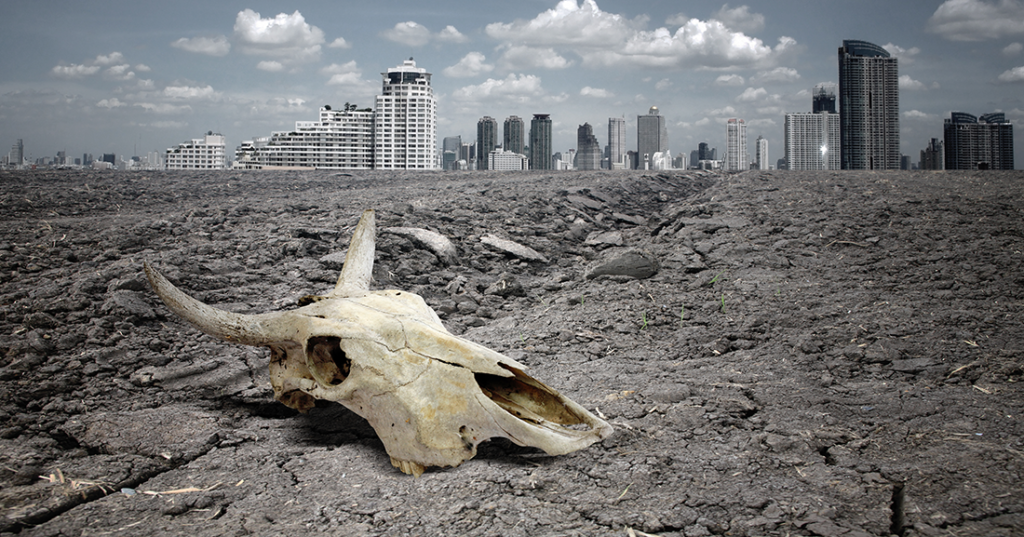 We humans are not designed to be a planet on which the majority of species die out over the course of many generations as a result of our fossil fuel consumption and other factors. If we don’t choose to change our behavior, we will drive off the rest of the planet’s wildlife and other life forms. In the past, animals and plants have been driven to extinction by war, disease, over-hunting, and environmental factors. But we’re not looking at this as extinction but as a death sentence.

According to paleontologists, a mass extinction occurs when more than seventy-five percent of a given species becomes extinct in a very short time in geological terms, typically less than two million years.

How is the current extinction process calculated?

The International Union for Conservation of Nature has a Red List, which monitors the conservation status of threatened species, and is commonly used to estimate the number of species that have gone extinct in the last several decades.

Some scientists, such as Gerardo Ceballos, an ecologist, and conservation biologist of the Universidad Nacional Autónoma de México, think that only looking at extinction rates makes the current biodiversity crisis seem less serious. Extinction is just the last step in a long process of population decline.

In 2017, Ceballos and his colleagues looked at IUCN data on 27,600 species of land-based vertebrates. They found alarming rates of population decline, even in species that still had a lot of individuals.

Since 1900, more than 40 percent of species have shrunk by more than 80 percent. Of the 177 species for which detailed data were available at the time, all had lost at least a third of their original range.

Other groups have also found that the numbers of many ocean and freshwater fish species are dropping at an alarming rate.

How were extinctions caused in the past?

Extinction events have been caused by asteroid impacts, environmental catastrophes, or the release of toxic chemicals that kill off a large number of species.

Devonian Extinction: 365 million years ago, in the late Devonian period, environmental changes were responsible for the extinction of approximately 70–80 percent of species. Some researchers in the field of biodiversity believe that the recent decline in species variety can be attributed more to a slowdown in the process of species divergence than to an increase in the rate of species mass extinction.

Triassic-Jurassic Extinction: 210 million years ago, the end of the Triassic extinction event was responsible for the extinction of around 80 percent of all species on Earth. During this time, there were ammonites and crocodile ancestors. Some authorities attribute this extinction event to global warming.

Cretaceous-tertiary Extinction: 65 million years ago, the K-Pg extinction event occurred when an asteroid struck the Earth, which resulted in the death of all dinosaurs that were unable to fly. There is a theory among scholars that the crisis was made worse by the volcanic activity in India.

Most mass extinctions were caused by volcanic eruptions, and new species emerge

Many scientists are concerned that a subsequent catastrophe of this magnitude is only around the corner. They believe that this time it will be caused by our species, which has just been around for a few hundred thousand years at the most. Even if we haven’t reached that point just yet, the rate at which species become extinct is speeding up, and there are increasingly more species on the verge of extinction.

James Witts, a paleontologist and geologist doesn’t know if we’re quite at the point of a mass extinction yet but thinks that we’re definitely going in that direction. Witts thinks that when creatures millions of years from now find our geological legacy, they will find something that looks just as interesting as the K-Pg extinction event. He says, “It’ll probably be some horrible kind of black shale,… full of the carbon humans have put into the air and traces of nuclear tests and metals taken from the Earth to build the modern world”. In the worst case, Witt says, “fossil patterns could show mass deaths that were as big as the K-Pg extinction.”

If scientists and paleontologists are to be believed, it looks like the extinction event that we are in the midst of is a result of human’s own doing from carbon and other pollution. Is removing carbon from the air the solution? There are solutions that can already remove 99% of carbon from the air, yet US Centre for International Environmental Law regards such technologies as a dangerous distraction. While NASA is putting in place asteroid defense strategies, the solutions for avoiding the next mass extinction may be much closer to home and within our power, or perhaps it is already too late.