Scientists Are Convinced That No One Should Be Awake After Midnight, but Why Is That?

Bad news for all night owls out there; when our brains are still awake after midnight, out of our normal circadian rhythm, it starts functioning in a severely impaired state. 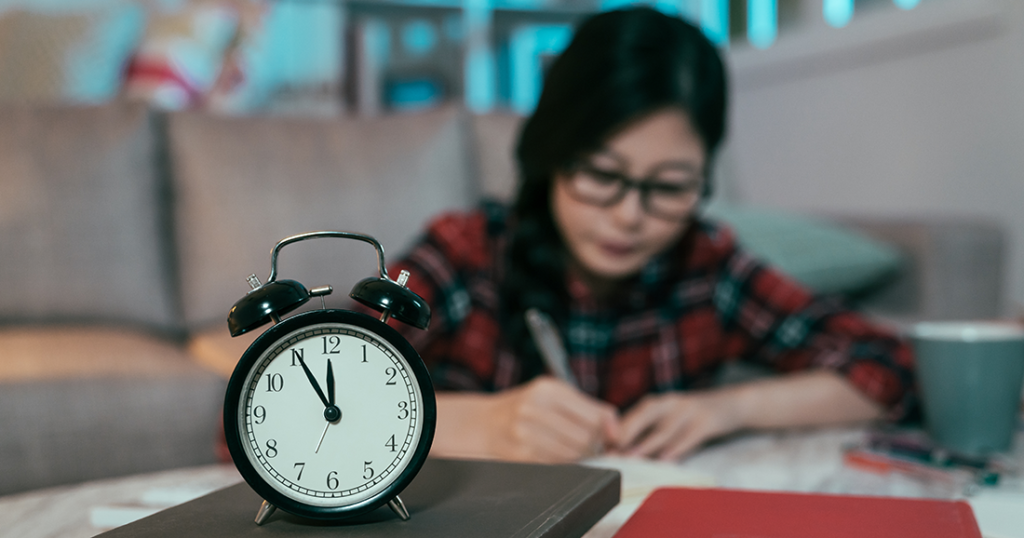 If you’ve ever stayed up late doing one thing or another, or you’re just feeling miserable, then you might identify with the “Mind After Midnight” hypothesis.

The hypothesis was reported in a recent paper published in the journal Frontiers in Network Psychology. It suggests that when we’re awake during the biological circadian night—after midnight for most people—some neuro-physiological changes occur in the brain, which alters the way we interact with the world. This covers activities, especially those related to information processing, impulse control, and reward processing.

These neuro-physiological alterations can make you more inclined to have a gloomy outlook on life. You may engage in detrimental behaviors and make impulsive decisions, including those associated with addictive behaviors, such as substance abuse and gambling – without fully considering the consequences.

“From an evolutionary perspective, your internal biological circadian clock is tuned towards processes that promote sleep, not wakefulness, after midnight,” according to the paper’s senior author, Elizabeth B. Klerman, MD, Ph.D.

The hypothesis, according to Klerman, is a call for more studies to be done to learn more about how these circadian changes affect decision-making, behavior, and work performance at night. These could help spot different approaches that can help individuals cope.

Implications of the ‘Mind After Midnight’ hypothesis

The findings may have wide-ranging implications for anyone who must stay awake at night for work. These include police officers, pilots, military personnel, and health care workers. The study could also lead to new tactics that help reduce substance use, violent crime, disorders, suicides, and other harmful behaviors.

“Many studies have demonstrated that people who are awake in the middle of the night have brains that are not functioning as they would at other times of the day, according to Klerman. “I firmly believe that more research should be done on that since it has an impact on both their health and safety as well as the safety of others.”

Previous studies show that people are more likely to engage in dangerous conduct at night, such as violent crime, substance abuse, and suicide.

For instance, Michael L. Perlis, Ph.D., an associate professor of psychology at the Perelman School of Medicine, University of Pennsylvania and a co-author of the “Mind After Midnight” hypothesis, found that suicides are statistically more likely to happen at night, even when you adjust for the number of individuals who stay awake at any given time.

The hazards associated with the illegal or improper use of drugs like alcohol, cannabis, and opioids are also higher at night. Homicides and other violent crimes are also more prevalent at this time. Additionally, we frequently consume more calories than we need at night because we gravitate toward processed meals, added fats, and carbohydrates.

Why do these bad behaviors manifest themselves at night?

A few simple and clear answers are available. One, it’s considerably easier to commit a crime while it’s dark out there. Fewer individuals will be around or awake after midnight to keep the behavior in check. But it’s likely there’s also a biological basis.

According to Klerman, the circadian influence on the neuronal activity in our brains changes throughout 24 hours, resulting in variations in how we interpret and react to the outside world.

For instance, positive effects (the propensity to see information favorably) peak in the morning when circadian effects are set to alertness. On the contrary, negative effects (the tendency to interpret information negatively or as threatening) are at their peak at night.

Additionally, your body naturally makes more dopamine at night. And this may affect your motivation and reward system, increasing the possibility of participating in risky behavior.

The decision-making regions of the brain, which typically work to reduce unpleasant emotional distractions and focus on goal-oriented behavior, are then given this biased interpretation of the information.

But circadian-influenced alterations that occur at night in certain regions of the brain might affect how well they operate, make decisions, and set priorities.

Your perspective on the world narrows and darkens all of a sudden. You start making bad choices, and your mental map of the environment may no longer be accurate.

You might end up doing something worse, like overindulging, failing to diagnose a patient properly, or wrecking an oil tanker into some rocks.

Klerman initially felt some of these emotions when she battled to sleep due to severe jet lag while traveling to Japan. She recalls that a part of her brain was aware that she would ultimately fall asleep as she was lying there watching the clock go tick tick tick.

“I then pondered the possibility of drug addiction. If I could, I would be out now looking for narcotics. Later, I understood that this might also apply in cases where there are suicidal tendencies, drug misuse, other impulse disorders, gambling, or other addictive behaviors. How can I demonstrate that?”

Analyzing the data to test the ‘Mind After Midnight’ hypothesis

It’s important to have proof here. Note that “Mind After Midnight” is still a hypothesis that will require validation through meticulously planned research investigations.

Ironically, the best way to collect this data without the confounding effects of sleep loss will require the study staff and the researchers to be awake after midnight and work into the wee hours of the morning, for instance, by taking functional magnetic resonance imaging (fMRI) images of study participants whose sleep cycles have been carefully adjusted for nighttime wakefulness or implementing other protocols.

“But millions of people must stay awake after midnight or do so involuntarily. It will be necessary for some of us to worry about ways to treat them better, prepare them, or otherwise render assistance.”