Scientist Puzzled by a Runaway Star That Is Hurtling Through Space at 100,000 Miles per Hour

An out-of-control star is perhaps one of the most terrifying things in outer space. 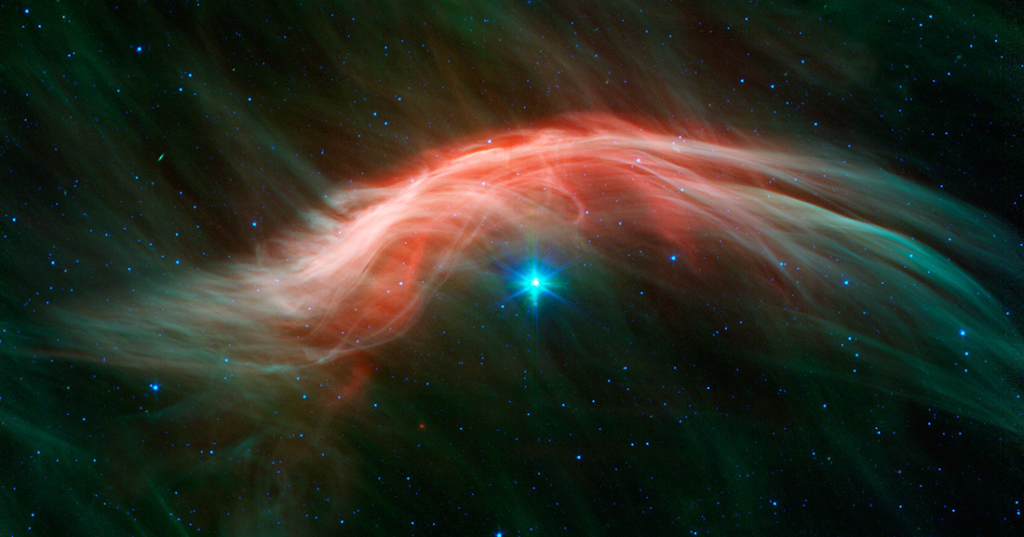 Children consider stars the cute twinkly things of nursery rhymes until they grow up and learn about space. Until people studied science, people thought of them as just lights in the sky.

If you ever see a moving one, hope it isn’t headed towards Earth.

A moving star is much more terrifying than asteroids and comets made of space rock, dust, and ice. Although an impact from an asteroid or a comet only a few miles long can wipe out most of the life on our planet, NASA currently has planetary defense ideas for how to pulverize approaching asteroids and comets.

Zeta Ophiuchi is one of the most terrifying forces in space

Zeta Ophiuchi is one of the strangest moving stars in the sky and is about 440 light-years away from Earth in the constellation Ophiuchus. It speeds through space at speeds close to 100,000 miles an hour (160,000 km/h), about 20 to 25 miles per second.

You can probably safely assume NASA doesn’t have a plan yet for how to pulverize a star like Zeta Ophiuchi, which is 20 times the mass of the Sun moving through space. Our own Sun is 109 times wider than the Earth, now consider the size of Zeta Ophiuchi that is 2180 times bigger than the Earth.

A moving star such as Zeta Ophiuchi would be capable of burning everything in its path. Even the heat of the approach of a moving star like this toward a moon or exoplanet would be enough to disintegrate an entire planet or Moon. There would likely be nothing left before impact.

What caused the Zeta Ophiuchi to move?

Zeta Ophiuchi is flying through space all by itself, which makes people wonder where it came from and how it traveled to where it is now.

Stars like Zeta Ophiuchi tend to be born and live their lives in groups, which are called associations.

Scientists now think a binary companion star’s supernova explosion pushed Zeta Ophiuchi across space. A pulsar, which is also moving quickly through space, would have crossed Zeta Ophiuchi’s path about a million years ago.

This suggests that the pulsar went supernova and sent both stars flying.

Zeta Ophiuchi is a main-sequence star

Zeta Ophiuchi is a main-sequence star, which means that its core still makes helium from hydrogen. And it’s an O-type, which means it’s big and hot. It has about 20 times the mass of the Sun and shines blue because it’s so hot.

Perhaps it is good news that these stars don’t live very long. Zeta Ophiuchi is about halfway through its expected main sequence life of 8 million years. Going by these estimates, it still poses a risk to everything in its path for the next 4 million years. That’s a lot of stuff it can burn through as it hurtles through space.

Even after moving stars die, they still move about pretty fast. Scientists also note a double-detonation supernova that sent two white dwarfs moving at 2,200 kilometers (1,370 miles) per second. They are the fastest dead stars ever captured by astronomers.

In 2016, observations from Chandra showed that there was thermal X-ray emission around it. This was caused by shock-induced heating.

Samuel Green, a computational astrophysicist from the Dublin Institute for Advanced Studies in Ireland, led a new study that looked at the multi-wavelength data to see if bow shock dynamics could explain both the cloud and the thermal emission. This includes observations made with visible light, infrared light, radio waves, and X-rays.

Scientists ran simulations and found that the results didn’t match what they had seen. The data from Chandra show that the brightest X-rays come from a bubble surrounding the star. In the simulations, the bow shock was where the X-rays were the brightest.

This shows that either the simulations are wrong, or scientists don’t know enough about the strange star and its surroundings.

In future simulations, more physical processes will be added, or the simulations will be done at a higher resolution to better model the turbulence.

Fastest ones in our galaxy

Next time you look at the stars, consider how awesome they are, and enjoy that they twinkle where they are and don’t move towards you.