The closest we got to Uranus was when Voyager 2 did a brief flyby in 1986. 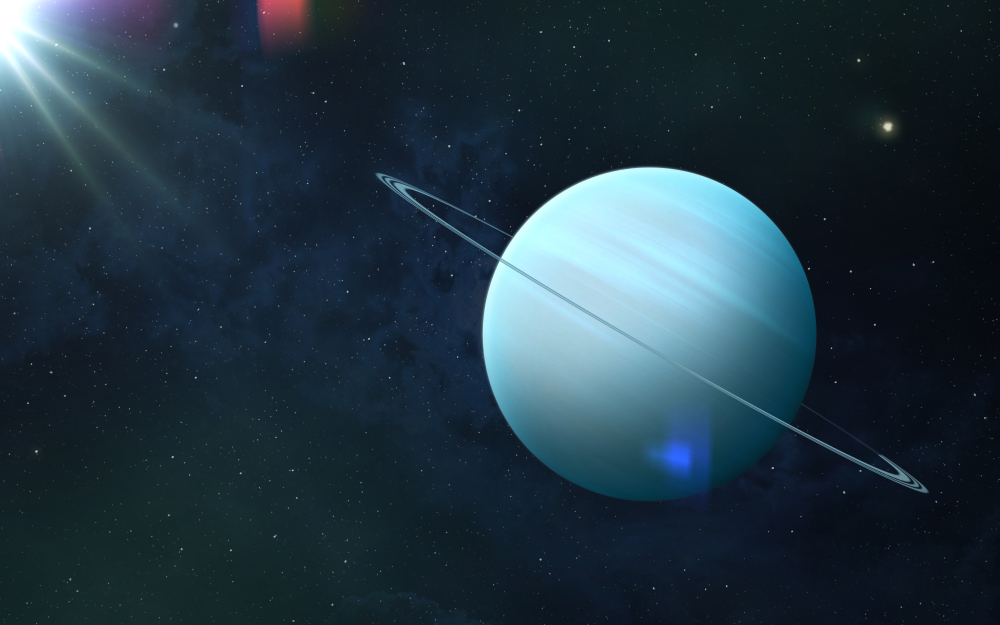 What is the next project you would spend $4.2 billion on if you had it? If you gave NASA $4.2 billion, they would use it to reserve a spot on the SpaceX rocket and massively improve your understanding of Uranus.

NASA would send an Orbiter and Probe that would release a smaller probe to analyze the atmosphere of Uranus, while the other orbiter will orbit around it for years.

According to a report by planetary scientists, Uranus now ranks very highly as NASA’s next objective. A mission to Uranus could depart as soon as 2030.

The missions that NASA chooses next are guided by the last decadal survey, published in 2011.

A mission called Uranus Orbiter and Probe (UOP) has been in development for several years. However, with the availability of SpaceX’s Falcon Heavy rocket, researchers now feel that this is a realistic time to set their plan in motion.

Heidi Hammel of the Association of Universities for Research in Astronomy hopes that Uranus will be NASA’s next mission. Hammel and others spent years studying Uranus with minimal available data. She would love to see the mission launched before she retires but admits that this mission is for the next generation. Hammel would have loved for a mission to Uranus to have happened when she was younger but now hopes that she will be able to see the mission go ahead before she retires.

What do we know about Uranus?

Scientists only have a very limited amount of data to understand Uranus. The last data from there was collected by Voyager 2  in 1986. Using limited data, scientists can suggest Uranus has no solid surface. They think the ices of Uranus are composed of water, methane, and ammonia. Scientists say Uranus’s atmosphere contains hydrogen and helium.

The distance of the planet from our sun makes Uranus extremely cold. Uranus would be inhospitable to life as we know it. Even if there were warmer temperatures in Uranus’s core, the atmospheric pressure of the core would be so crushing that no life we know of could survive there.

Scientists can, however, speculate that maybe the moons orbiting Uranus may have better prospects for finding life. Moons such as Titania or Oberon could have oceans tucked beneath their crusts. The rocky bottoms of their oceans perhaps have a richer supply of organic materials required for life.

Scientists just have grainy images to work from Voyager’s last visit that only covers half of the Uranian world.

Uranus is interesting because scientists believe it was knocked over, causing it to spin on its side. Uranus has a dozen rings that circle it, and 27 moons have been observed there, which are also of significant fascination to space scientists.

Jonathan Lunine from Cornell University thinks that there will be some extraordinary surprises.

Astronomers such as Hammel think the data gathered from such a mission will impact almost every field of planetary science.

Scientists hope to learn more about its odd magnetic field and interior structure. Analyzing the frosty temperatures begins with understanding ice giants across the Milky Way and other galaxies.

Challenges of getting to Uranus?

SpaceX has proved itself the most affordable procurement solution for NASA. If any company is awarded the contract to supply a rocket to send a probe to orbit Uranus, it is highly likely to be SpaceX. Other rocket companies such as ULA and Blue Origin have not reached the standard needed. The researchers for this mission think SpaceX’s Falcon Heavy rocket is the most suitable for this mission.

SpaceX is also in a strong positing to win the contract because NASA’s inspector general Paul Martin is less than impressed with long-term contractors Boeing and Lockheed Martin. They are blamed for setbacks to the Artemis mission.

Much further away than recent missions

This planet was only visited once in 1986 by the Voyager 2 spacecraft. It took Voyager almost nine and a half years to reach Uranus. How long it takes to get there depends on planetary alignment. The closest Earth and Uranus align is 1.6 billion miles (2.6 billion kilometers). The furthest alignment is 1.98 billion miles (3.2 billion km).

Using a SpaceX Falcon Heavy rocket, and the nearest alignment of Earth and Uranus between 2031 and 2038, the journey would take about 13 years.

There is laser propulsion technology that researchers outside of SpaceX are currently designing that hypothetically would go 4.51 times faster than conventional rocket propulsion, which could reduce a 13-year trip to Uranus to just under a 3-year trip and use less fuel than a SpaceX rocket.

However, there is no indication that such technology will be developed for missions any time soon. Faster laser-propelled rockets remain in the realms of theory.

With no suitable alternative, the earliest a SpaceX spacecraft departing between 2031 and 2038 could reach orbit around Uranus wouldn’t be until the mid-2040s.

Because of the length of time it will take a probe to be ready and depart and reach Uranus; people who initially worked on this project will be close to finishing their professional careers or retirement.

The team will have to be content with handing the baton over to a new team to carry out this mission.

The CLIPPER orbiter designed for NASA’s Europa mission would need significant improvements to be able to undergo a mission as far as Uranus.

The plan to reach Uranus will be very similar to the plan NASA executed for the Cassini mission, which explored Saturn’s system from 2004 to 2017. The Cassini mission was considered a great success.