According this new research, some people may sleep better if they watch a TV show or listen to a podcast before going to bed. 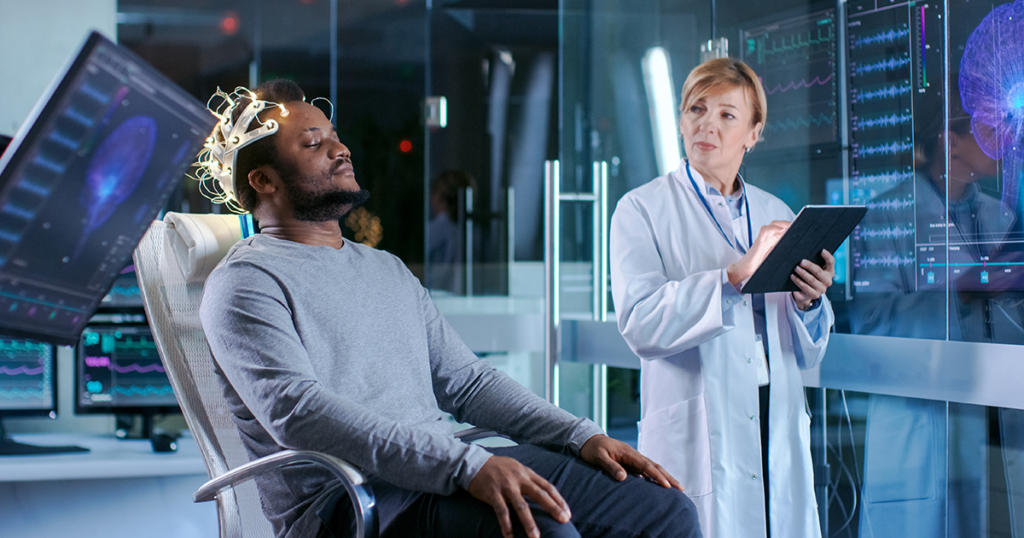 A pair of new studies have debunked the popular idea that watching TV before bedtime reduces the quality or duration of your sleep. According to the findings, some may sleep better by watching something before going to bed.

According to conventional thinking, we should refrain from all screen time, at least for a couple of hours before bed. Although it is believed that all forms of digital media consumption can disrupt our sleep patterns, given the prevalence of electronics in the twenty-first century, it is unlikely that many of us manage to avoid screen time for an hour or two before bedtime.

Over the last decade, numerous studies have linked screen time usage before bed to poor sleep. On the other hand, most studies treated the device as a single, homogeneous activity, neglecting the many complex ways in which we consume digital media. Furthermore, most studies on the topic rely on self-reported sleep diaries, which are notoriously unreliable.

In a new study published in the Journal of Sleep Research, researchers tried to figure out how we use media around bedtime and how it affects our sleep quality. The study enlisted the help of 58 participants, who were asked to self-report their media usage an hour before going to bed every night. They recorded where they were using the media (in bed or the lounge area) and whether they were multitasking their usage in addition to what type of media they were consuming (television, podcast, book, etc.). (for example, scrolling through their phone while watching TV).

The researchers taught the participants how to operate an electroencephalography (EEG) machine at home. Unlike much previous research that relied on self-reported sleep metrics, this provided more specific insights into sleep quality.

Lindsay Hahn of the University at Buffalo, one of the study’s co-authors, said the study’s primary goal was to see how different types of traditional media affect sleep. Rather than looking at active involvement with electronic devices, this study wanted to see if watching or listening to something before bedtime interfered with sleep quality.

“We intentionally looked only at what you might call ‘entertainment media,'” Hahn explained. “Despite social media getting a lot of attention both in research circles and in popular culture, American time-use surveys show that people still spend a lot of time with television, music, and books.”

The outcomes were unexpected. The researchers discovered that media use in the hour before bed did not affect sleep quality (as judged by EEG scans recording total time in REM and deep sleep). The researchers discovered that media consumption before sleep boosted total sleep time even more surprisingly. Of course, the devil is in the details, and Hahn pointed out that depending on the sort of media used, sleep can be helped or worsened.

“As long as the duration of use is relatively short and you’re not multitasking, like texting or simultaneously perusing social media,” said Hahn, “we discovered that media use immediately before the onset of sleep is related with an earlier bedtime and higher total sleep time.” “Before bed, watching a streaming service or listening to a podcast can be a passive, relaxing pastime that helps you sleep better.”

While watching television in bed for a short period was found to increase total sleep duration, the effects quickly faded when media use was extended for long durations of time. The study’s lead author, Morgan Ellithorpe of the University of Delaware, noted that the longer participants consumed media in bed, the worse their sleep became.

“If you are going to use media, like watching TV or listening to music, before bed, keep it a short, focused session, and you are unlikely to experience any negative outcomes in your sleep that night,” Ellithorpe added.

The sleep research on social media

Another study, published in the journal Sleep Medicine late last year, looked into the impact of social media use on sleep quality. That study used a more typical sleep tracking method, enlisting the help of 32 young people to spend four nights in a sleep lab.

The first night was designated as an “adaptation night” to assist subjects in becoming accustomed to sleeping in the lab while wearing EEG electrodes on their heads. The subjects were given a neutral condition night (as a control), a “relax” experiment in which they were given a 30-minute muscular relaxation exercise, and a social media intervention in which they were given 30 minutes to use social media on a smartphone.

Compared to control settings, utilizing social media for 30 minutes before sleeping did not influence sleep quality indicators. The volunteers listened to a 30-minute relaxation exercise; however, the researchers noticed significant improvements in objective and subjective sleep measurements.

The study’s unsurprising result was that those who want to improve their sleep quality should avoid using social media and instead focus on pre-sleep relaxation or meditation. Although brief social media use did not appear to have an intrinsic influence on sleep quality or duration, the study found that it could nevertheless delay sleep start, resulting in less overall sleep time if wake-up hours are locked in with work schedules.

“Delaying bedtime owing to prolonged media usage may have additional detrimental effects on sleep and sleep length beyond the findings of this study,” the social media sleep study stated, “particularly when wake-up times are externally controlled by school hours or working schedules.” “Thus, while the act of using social media does not appear to have a significant negative impact on sleep architecture, it is nevertheless recommended to limit the use of any media activity before bedtime to receive enough restorative sleep.”

These two Research add to a larger study by Andrew Przybylski of the University of Oxford, which looked at the self-reported association between sleep and screen use in children and was published in 2018. Przybylski’s Research looked at the relationship between children’s total daily screen time and sleep duration.

When comparing individuals who primarily refrain from daily use of screen time to those who spend roughly eight hours each day in front of a screen, the study showed minimal change in overall sleep time when looking at data from more than 50,000 children.

In 2018, Przybylski stated, “The findings show that the association between sleep and screen use in youngsters is relatively small.” “Each hour of screen usage was associated with 3 to 8 minutes less sleep every night.”

Although Pete Etchells, a psychology professor at Bath Spa University, was not involved in any new investigations, he finds the findings “fascinating.” They confirm the complexities of digital media use on sleep quality, according to him, and serve as a timely reminder of the need for further extensive research into the many ways we use technology.

“The take-home lesson here is that the relationship between screen-based media consumption and sleep isn’t straightforward, and we’re only now beginning to grasp it,” Etchells said. “This research is a good first step in that direction.”

Despite these studies demonstrating that some screen time may not be damaging to sleep, there is a growing body of evidence to the contrary. Science disagrees on this complex problem, from media use causing poor sleep quality to digital media to reducing overall sleep time.

According to Hahn, her findings suggest that media use before bedtime may have some benefits, but it doesn’t mean that staying up past midnight binge-watching a Netflix show would help you get a good night’s sleep.