SM-6 Missile: The Only Defense America Has Against Hypersonic Weapons

The US anti-aircraft missiles currently in service were not designed to intercept targets moving at more than Mach 5. 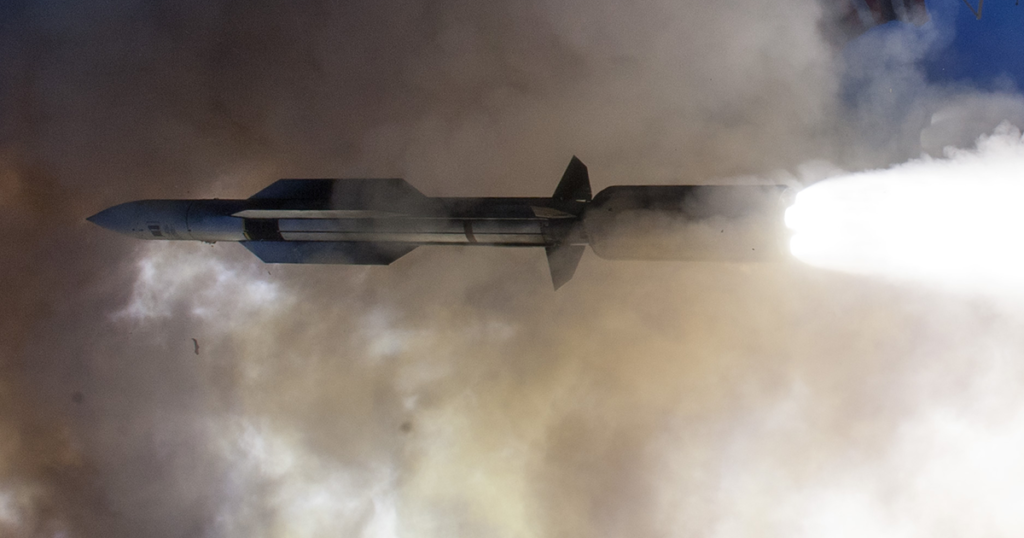 Speed is becoming a critical factor in ensuring conventional and nuclear deterrence. Due to the current state-of-the-art defense systems, missiles must be ultra-fast to evade enemy missile defense systems and accurately deliver nuclear warheads against their targets.

Hypersonic missiles can bypass a missile shield, and it is usually extremely challenging to intercept missiles that use hypersonic technology. Although the US has no options to counter the strength and speed of hypersonic missiles, SM-6 missiles are the best choice to defend American interests.

Hypersonic missiles are a destabilizing factor

Hypersonic missiles are those that travel faster than the speed of sound, and developing hypersonic weapons could become a strategically destabilizing factor for the US since countries like China and Russia are fitted with nuclear warheads.

Now, since the launch of hypersonic missiles such as the Kinzhal or the Tzirkon, the fear that these munitions could neutralize American naval power and defensive systems is more real than ever.

That’s why the development of Hypersonic weapons systems would initiate a new hypersonic arms race, and the US is quickly looking for ways to counter supersonic speed missiles.

The U.S. military’s ability to intercept hypersonic missiles and detect and track them remains remarkably limited as the threat grows. The only weapon in the US arsenal today that has any capability to shoot down highly maneuverable hypersonic threats is the MS-6.

These missiles were not initially created to counter Supersonic missiles. But, they have shown to be useful enough to prevent a hypersonic missile attack. The only problem is that they are not good enough to be a viable and reliable option in the long term.

Today, there are two variants of the SM-6 missiles currently in service. Block 1 and Block 1A.

But, the SM-6B is under development. It is different from the previous two types because it is specifically designed to counter hypersonic missiles. It is expected to reach hypersonic speed on its own – and therefore have a greater chance of intercepting other hypersonic threats.

A new tracking system is being created

So, the US is leading an initiative to develop a layered defense architecture against hypersonic weapons threats that includes an array of ground-based and space-based sensors and multiple types of interceptors.

Moving away from ground-based radars and incorporating satellites to track this kind of missile dramatically increases the range of action to visualize the trajectory of the hypersonic missiles.

With this new technology, it will be much easier to track this kind of missile and prevent potential attacks, especially for aircraft carriers, the main target for these kinds of attacks.

The US is quickly upgrading its defensive systems

There’s no 100% effective weapon to stop hypersonic missile attacks today. However, the SM-6 is the best missile to defend the US against them.

The most developed version of the SM-6 missiles, the SM-6B, will have a more heightened speed and ability to beat hypersonic missiles in the air. The support of a new radar system placed on satellites will give it enough time to defend U.S. bases.

Right now, the U.S. can’t protect itself effectively from hypersonic missile attacks… But, within a very short time, this will no longer be a problem with the help of the new SM-6B missiles and satellites.