Smart TVs are listening to what you say and collecting data on your every single preference the moment you turn them on. 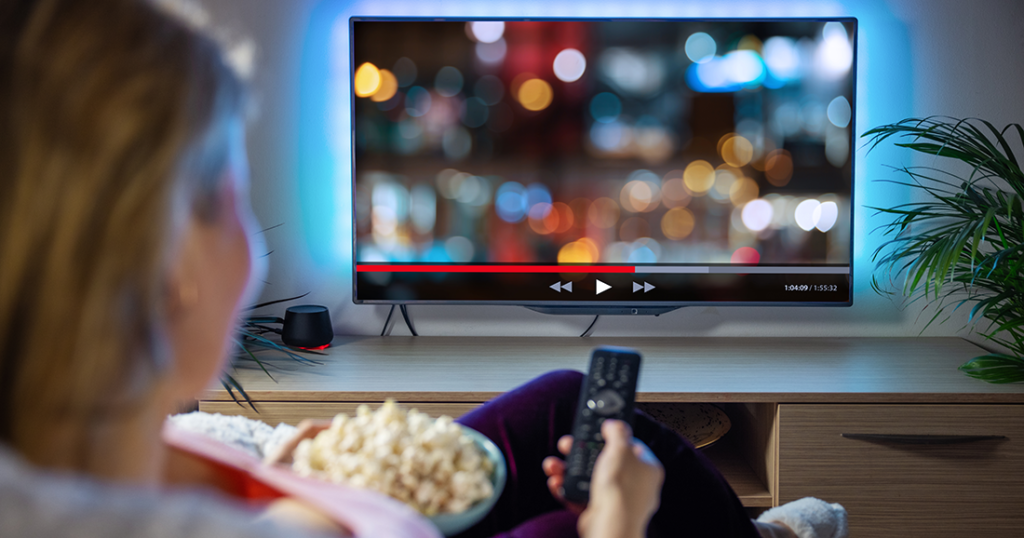 In the late 2000s, when smart TVs became easy to use, it was like a breath of fresh air. The TVs let people stream what they wanted, when they wanted, as well as play music and surf the web. All you had to do back in those days was download a streaming app like Netflix or Hulu, and then you could watch your favorite shows with as few interruptions and ads as possible.

Under the pretense that Smart TVs promised a more personalized and smooth viewing experience, Smart TVs may have gotten into almost every home. In reality, Smart TVs aren’t that different from their bigger, dumber predecessors.

From the beginning, TV companies have trained their TVs to collect user data so they can personalize ads and sometimes send them directly to viewers’ screens. To do this, TV makers have been using various tools to track how people use their TVs, which invades their privacy.

Unlike a PC or smartphone, you can’t get rid of ads using an ad blocker on a smart TV.

However, there is a solution for this; you can change the DNS server or install network-wide software that will block ads and tracking on all of your devices.

Before people get ahead of themselves, the issue needs to be understood. Ekaterina Kachalova, who works for a company that offers ad-blocking software, points to Vizio as a case in point. Vizio, based in California, has a market share in the US that is second only to Samsung and the same as TCL and LG. The company “designs and sells televisions, sound bars, viewer data, and advertising,” according to its Wikipedia page.

Recently, Vizio has been in the news because it shows “jump ads” over live TV. At the end of the first episode of a comedy show, a banner ad urged viewers to “jump” to an on-demand streaming service to keep watching. Vizio said pop-ups were made to “bridge the gap between linear TV and streaming services.” Some people might say there’s no need to be dramatic and that it’s okay to see an ad now and then. But this may be going to happen with increasing frequency.

Vizio said it was integrating with other brands and content providers. More ads are coming, so get ready.

Kachalova says that the situation isn’t helped by the fact that Vizio doesn’t have an excellent track record regarding privacy. What does she mean?

In 2017, Vizio paid $2.2 million to settle claims that it had been collecting information on millions of customers without their knowledge or permission. The US government says that the company even put surveillance software on older models by remotely installing it on those models.

It worked like this: First, Vizio took a few pixels from the screen and compared them to a content database to find out what and when a user was watching. So, the vendor collected up to “100 billion data points every day.”

Then, Vizio made money by selling “advertisers and others” information about what people watched. By “making it easy to add special demographic information” to the viewing data, Vizio made it possible for third parties to identify users.

Not much has changed since Vizio’s legal settlement

In the settlement action, Vizio agreed to track its customers only after getting clear permission from them. Other than that, not a lot has changed. Adguard.com warns us that smart TVs have been going down this slippery slope for a decade and have no plans to stop.

This isn’t a new issue caused by Vizio. Before Vizio, Samsung was one of the first companies to make smart TVs, and it started showing pop-up ads in the middle of the 2010s as part of a deal with Yahoo. In some cases, the pop-ups were said to be inserted into the user’s own content, such as home videos, about halfway through the show.

Kachalova reveals that the older version of Samsung’s privacy policy said that if voice control was turned on, users’ spoken words, including personal information and other sensitive data, could be recorded and sent to a third party.

Your personal data sent through the TV has become profitable

The smart TV market has become so profitable that many companies want to get a piece of it, even companies that don’t make TVs. You should even pay attention to the companies behind the devices that can turn a non-smart TV into a smart TV if you connect them to your HDMI input. This is because smart TV technology is becoming more popular.

Some examples of this kind of device are the Nvidia Shield TV media player, which runs on Android, the Xiaomi Mi TV Stick, the Google Chromecast Media Player, Apple’s set-top box, and the Roku media player.

Roku, which has 60 million monthly active users, is one of the most popular TV operating systems in the US. It recently announced a “first-of-its-kind partnership” with Walmart, the biggest store in the world.

Under the deal, people with smart TVs powered by Roku can buy things from the ads they see on their screens.

Viewers won’t even have to type in their credit card information, which would have been hard to do with a remote.

They will only have to press “OK” twice: once to go to the virtual checkout and again to place an order. Roku will handle the payment details by putting them in from its own payments platform.

Such a way of shopping has obvious security risks, like the ones that made Amazon’s Alexa voice assistant famous. Since kids could buy a truckload of toys with Alexa, why couldn’t the same thing happen with Roku? After all, placing an order only takes two clicks. That is a problem for parents using Roku to figure out.

The concerning issue in this partnership is Walmart’s analytical capabilities. Kachalova says, “Walmart is the only company that can analyze customer behavior and then adjusts its business offerings to meet customers where and how they want to shop, even when they are having fun.”

In 2018 it was noted in the Verge, that Roku’s CEO Anthony Wood said that his company’s business was advertising, not making hardware. No doubt, other companies follow this motto, even if they don’t say it out loud.

Kachalova warns that cheaper large high-tech smart TVs with high definition picture quality aren’t from the TV sellers’ sudden act of kindness. The only way for TV makers to simultaneously lower prices and improve picture quality is to rely more on advertising revenue.

Who else knows what your TV knows, and what does it know?

Smart TVs have a built-in technology called ACR (Automatic Content Recognition) that reads your flatscreen to find out what you like to watch.

The technology lets your TV record information about what’s on the screen, like the provider’s name, cable or broadcast, and what shows and ads are on. Your TV provider knows how long you watch a certain show on a certain day, what channels you watch, and whether you watch it live or later.

If you want to reduce outside surveillance from your smart TV in your home, the key is to disable Automatic Content Recognition (ACR), or better still, go down to the scrap yard and get an old TV.

However, your efforts in replacing your nice smart high-tech TV with an old one from the scrap yard might be wasted if you have Alexa or a smart vacuum cleaner mapping and doing surveillance of your home and consumer preferences. Better tech these days seems like a Faustian bargain unless you want to invest in ad blockers.