SOFIA Airborne Telescope Project Is Coming to an End, Here Are Its Greatest Achievements

The telescope SOFIA that was instrumental in discovering the ring system around Uranus is about to be retired. It was a cooperative effort between NASA and the German Aerospace Center (DLR). The project will be sorely missed by many. 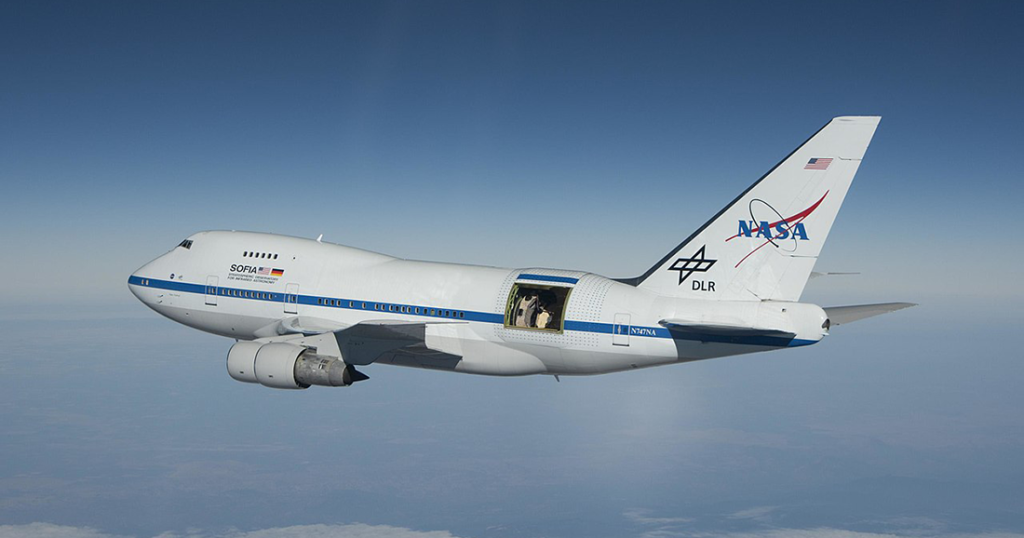 In a statement released on June 15, the Universities Space Research Association (USRA) said that the Stratospheric Observatory for Infrared Astronomy (SOFIA) would soon end. This news followed a fiscal review of spending plans for 2023. It was agreed on April 28 to end the project at the end of September.

In the past, Universities Space Research Association (USRA) had fought against efforts to end SOFIA, including plans in the budgets for fiscal years 2021 and 2022. In both cases, Congress put the money back in place. In the statement, however, USRA said it would work with NASA to shut it down.

This news was confirmed again at the American Astronomical Society’s recent town hall meeting. Paul Hertz, NASA’s astrophysics director, announced the SOFIA project’s end. Hertz justified the decision, stating SOFIA’s low scientific output didn’t justify its high operating costs. At $85 million a year, Hubble is the only current astrophysics mission that costs more to run than SOFIA. This is a decision that is supported both by NASA and the DLR (German Space Agency). 2022 will be the last year of project SOFIA’s operations.

At the town hall meeting, Margaret Meixner, in charge of the science mission operations for SOFIA at USRA, stated that the project was ending on a scientific and performance high point and that she was sad to see it end at this time.

What have people been paying $85 million a year for?

SOFIA’s main science goals are to look at the atmospheres and surfaces of planets, study the structure, evolution, and composition of comets, figure out the physics and chemistry of the space between stars, and look into how stars and other stellar objects form.

Project SOFIA, a telescope installed on a Boeing 747SP

In 1996 NASA and the German Aerospace Center decided to collaborate and created project SOFIA. They created the successor to the Kuiper Airborne Observatory (KAO). The KAO made several important discoveries, such as the first sighting of Uranus’s rings in 1977. SOFIA was designed to carry on the important work of KAO.

NASA and the German Aerospace Center decided to adapt a Boeing 747SP to carry out these planetary observations using a telescope. The project was awarded to NASA in 1996, and the telescope first saw light in 2010.

The plane used for project SOFIA started out as a Boeing airframe number 21441. Plane enthusiasts might be interested to know that is line number 306.

On May 6, 1977, Boeing gave the plane to Pan American World Airways. The aircraft got its first registration number, N536PA, and Pan American put it into service for commercial passenger flights. The plane took its first flight on April 25, 1977.

Shortly after, Pan Am gave this plane the name Charles Lindbergh to honor the famous aviator. Later at the request of Pan Am, Anne Lindbergh, Charles Lindbergh’s wife, renamed the airplane ‘Clipper Lindbergh’ on May 20, 1977, to commemorate the 50th anniversary of the start of her husband’s historic flight from New York to Paris in 1927.

On April 30, 1997, the Universities Space Research Association (USRA) purchased the aircraft for use as an airborne observatory. The plane didn’t end up with NASA until October 27, 1997.

In summary, the plane was a 20-year-old used plane when NASA purchased it in October 1997, and the plane is now 45 years old this year, the year that NASA is looking to disband its mission.

Advantages of doing infrared observations of space from a plane

Using a plane to carry out infrared observations of space has some advantages. Usually, water vapor in the Earth’s atmosphere can sometimes prevent some infrared observations from the ground. This is where a plane comes in handy as a flying observatory. The project’s flying capabilities mean it can see further using infrared technology than ground-based telescopes.

There can be some observational challenges because the plane shakes and moves. However, advocates of project SOFIA say that they can use far-infrared wavelengths that are longer than the James Webb Space Telescope can use.

During the twelve years of flight service, from 2010 to 2022 project SOFIA made some impressive contributions to space science.

In 2015, project SOFIA observed Pluto when it moved between a faraway star and the Earth. This event caused a shadow on Earth near New Zealand. SOFIA was able to use this event to study Pluto’s atmosphere.

Early in 2017, project SOFIA’s mid-infrared observations of Ceres helped figure out that the large asteroid/dwarf planet was covered in a layer of asteroid dust from other bodies.

In July 2017, SOFIA observed an occultation of the faraway Kuiper belt object 486958 Arrokoth by a star. This was something that ground-based observatories couldn’t see. This helped prepare the New Horizons probe to visit this asteroid.

Sofia has also been used for Astrobiology missions, which have looked at new planetary systems and found complex molecules, among other things.

In October 2020, astronomers said that several different spacecraft had found molecular water on the Moon’s surface where the sun shines. The finding was significant because it indicates that water might be found all over the Moon’s surface, not just in cold, dark places.

Naseem Rangwala, a NASA project scientist, intends that SOFIA flights will continue until the end of September. Later this month, in June 2022, SOFIA will be sent to New Zealand for observations in the southern hemisphere.

Going out on a high note

PASADENA, the group that runs an astronomical observatory in the air that NASA is closing this year, wants to end the project on a high note.

Rangwala expects when SOFIA comes back from New Zealand at the end of the summer, 80% of the project’s most important observations will be completed by the end of September.

Not everyone is happy about the news

Some astronomers were upset about the end of SOFIA. According to Jeff Foust, writing for spacenews.com, some people working on the project asked their coworkers at the town hall meeting to write to Congress as a last-ditch effort to keep them from being fired. Other astronomers were worried that ending SOFIA would leave a gap in observations in the far-infrared, where wavelengths are longer than what even JWST can see.

Advocates for SOFIA have said that the decadal surveys’ recommendation to end operations did not consider that SOFIA has been doing more scientific work in recent years.

The James Webb Space Telescope (JWST) is where NASA and media attention seems to be focused right now.

As for project SOFIA, it is lucky to have lasted this long. It uses a 45-year-old plane, runs massively over budget, and has been saved twice by USRA petitioning Congress. Now experts at NASA, DLR, and even the projects strongest advocated USRA have decided it has run its course.

NASA is also disbanding other projects using equipment of a similar age, including the Voyager probes.

Going out on a high note or not, project SOFIA is going out, along with the annual $85 million a year spend that could potentially be spent better elsewhere, or so NASA thinks.

Even though project SOFIA is ending, NASA hasn’t lost interest in Uranus; NASA is hoping to launch a probe there no later than 2023.