Massive Solar Flares Could Cause Widespread Blackouts on Earth

Why are astronomers so nervous about sunspots this year? Now in its eleven-year cycle, the Sun's poles are switching, and astronomers are preparing us for electrical blackouts if a massive solar flare hits Earth. Sunspot AR3038 has astronomers concerned. 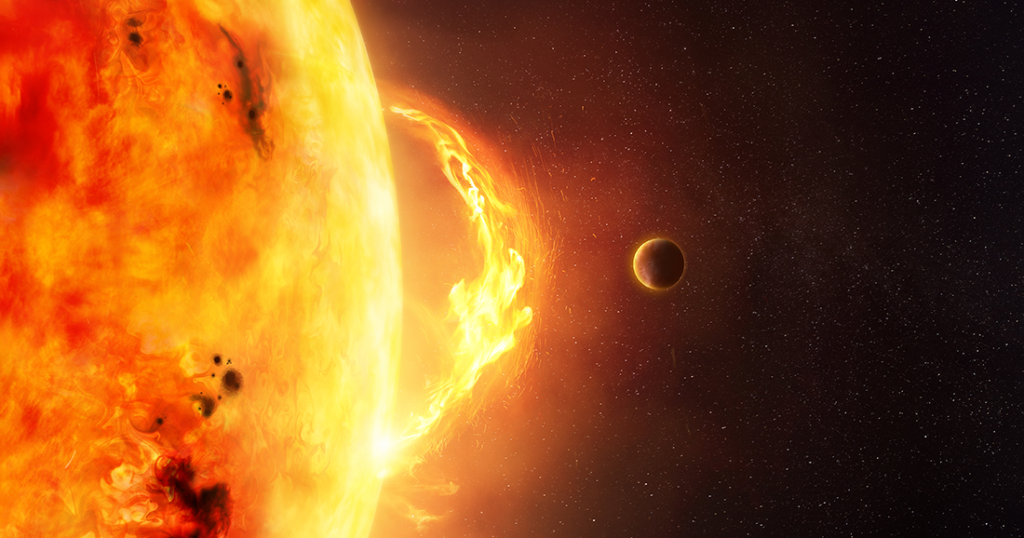 Is space weather about to get rough? Are astronomers crying wolf again about the dangers of sunspots and solar flares? Last month, astronomers were disturbed at how quickly sunspot AR3038 changed. In just a few hours, it went from “big” to “huge” and grew three times Earth’s size. After the initial hype in May about the potential hazards AR3038 could pose to the Earth, not much has been reported recently on AR3038. Despite the hype, Sunspot AR3038 has only sent out a C-class solar flare, a flare that has a relatively weak impact on Earth. Even though out of the public mind, the Space Weather Prediction Center (SWPC) is still observing AR3038.

There is now a new sunspot called AR3055, and large filaments appearing on the Sun’s surface have got astronomers talking. Again astronomers are speculating about Carrington-type events and potential electricity blackouts on Earth.

Spaceweather.com says that on the morning of July 13, a small G1-class geomagnetic storm will be coming toward Earth. This source of this storm is probably caused by two smaller sunspots and not by the filaments.

However, there is evidence that Sunspot AR3055 is expected to send out an M-class solar flare that could knock out radio signals for a few minutes. Astronomers still don’t know what the filaments could do.

How huge and how dangerous are solar filaments?

Solar filaments are very unstable, and although they are holding it together at the moment, they are likely to blow up at some point and send some solar debris toward Earth.

Sunspots don’t need to erupt for geomagnetic storms that can hit the Earth at a million miles per hour. Geomagnetic storms can also occur from the buildup of plasma between the slow and fast streams of solar winds. The potential risk these extensive solar filaments can cause will also be closely observed by astronomers.

Each filament is about the same length as the distance from the Earth to the Moon, which is 238,880 miles (384,400 km). Like sunspots, these areas are less hot than the surface of the Sun and look darker because of this.

Suppose an impending electricity blackout doesn’t hit the Earth soon. In that case, we will probably still hear much more concerning news about the Sun while it goes through an active part of its 11-year cycle. During this peak of the Sun’s solar cycle, where the Sun’s north and south poles swap places, large magnetic filaments and sunspots are now becoming visible on the surface of the Sun, causing concern in the astronomy community.

With the peak of this solar cycle coming up in 2023, all we can do is hope that this cycle isn’t worse than the others we’ve seen.

The New York Post says that the sunspot is now 6,100 miles (9,816 km) wide and is facing straight at Earth. Astronomers aren’t sure if the sunspot was made by two sunspots coming together or if it grew quickly on its own.

The New York Post said astronomers are worried about solar flares and coronal mass ejections (CMEs) that could hit Earth and cause blackouts. Solar flares that cause blackouts could reach Earth, according to new evidence.

Predicting how strong the next solar cycle will be

A 2019 study considered there was only a 1.9% chance that an event like Carrington would happen before 2029. With these recently rapidly growing Sunspots and filaments, astronomers will have to reconsider the probability.

In a paper that came out last week in the journal Astronomy and Astrophysics, the authors proposed a new way to predict how strong the solar cycle will be. This would help us get ready for the worst effects of such events.